Time and again, music took a back seat in Claudia Gibson’s life.

As her 30s overtook her 20s, she set aside her aspirations as a singer and songwriter to care for her three children in Cold Spring, and her career was again delayed by the 2008 recession.

More recently, with her children grown, she has established herself in the music scene in Austin, about 45 minutes from Wimberley, the small Texas city where her family moved in 2007 for a change of pace and scenery after 18 years in Philipstown.

Gibson will return to the Highlands next week to perform at Dogwood in Beacon on Thursday, March 28, and at the Depot Theatre in Garrison on Friday, March 29. Accompanied by guitarist Chip Larison, she will play songs from her album, Louisiana Sky, released earlier this month. 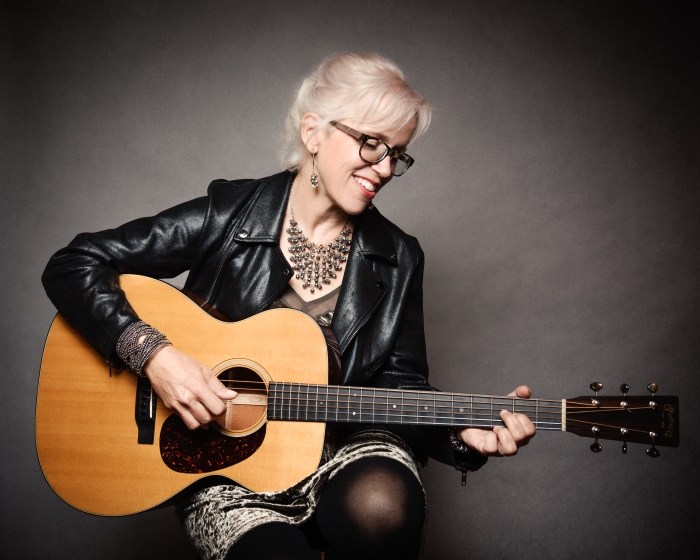 After growing up in Rockland County and studying guitar at SUNY New Paltz, the singer-songwriter moved to New York City but recalls having trouble getting a band together. “I was in the wrong places, playing the wrong music,” she says now. “I wasn’t playing what was authentic to me.”

She and her husband, Harlan Gibson, who is a chef, gave up a rent-controlled, $250-per-month apartment in the East Village to move to Cold Spring to raise their children. Gibson found part-time work in the city and also worked as a reporter for The Putnam County News & Recorder.

She stayed connected to music mostly through the Hudson Valley Musicians Alliance, which met monthly. A trip to Northern California to visit her sister, who was running a music camp, rejuvenated her, Gibson says. “I didn’t have a guitar at that point, but I bought a little Taylor and started writing again.”

There were immediate challenges for the family after the 2007 move to the southwest. Harlan was laid off, their older son was treated for cancer and their younger son had brain surgery. (Everyone is healthy — and employed — now.) “We put our plans on hold,” Claudia says. “It was a difficult period for all of us.”

♦ Tyler is an attorney for the City of New York Department of Investigation.
♦ Emma designs wigs and is a makeup artist in Austin.
♦ Nathaniel works in a research lab in New Orleans and hopes to attend graduate school to study environmental biology.

As the economy recovered, Gibson began performing at open mics and attending the weekly Austin Songwriters Group. In 2015, she used a few thousand dollars inherited from her mother to attend a retreat in Austin called Songfarmer. One of its founders, Gordy Quisp of the Americana group Band of Heathens, called her afterward, “very enthusiastic about my work. I thought it was a practical joke. I wasn’t used to success!” (Quist produced Gibson’s 2016 debut, Step by Step.)

Gibson also attended the annual Southwest Regional Folk Alliance Conference, where she played for publishers. “It was the first time I’d gotten real, positive feedback and it spurred me on,” she says. “I learned that being genuinely true to your music, and by developing relationships, that’s how things happen.”

Gibson also last year joined Soul Writers, an online writing group, which provides members with a weekly prompt. “It’s made me a faster songwriter, and I have a much bigger selection of my work to choose from,” she says. “Maybe 10 or 20 percent of what I’m writing turns out to be good, but I’m not afraid of writing a bad song anymore.

“If you don’t push yourself, you get rusty and there’s less output,” she adds. “It’s important to mess around with your guitar every day. Learn how to kick yourself in the butt. You have to keep writing.”

Gibson will perform at 8:30 p.m. on Thursday at Dogwood, and at 7:30 p.m. on Friday at the Depot Theatre. Tickets for the Garrison show are $20 at brownpapertickets.com.