One of oldest board games in the world is booming in the Highlands, especially among younger players. On Saturday (March 30), 54 students, ranging from pre-kindergarteners to 10th-graders, took part in the third annual Haldane Chess Tournament hosted by Think Ahead Chess.

That’s double the number of players who entered the first tournament in 2017, when none played at the top level. Two years later, in addition to 28 unrated rookie and 18 reserve players, eight players competed in the championship group. Players are rated under U.S. Chess Federation rules based on their records. 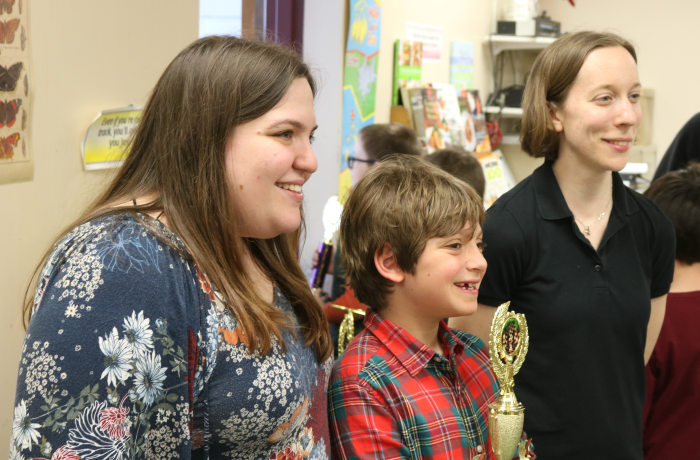 Brent Harrington, then-principal of the elementary school, brought chess to Haldane in 2015. He recruited Alanna Katz, a chess coach in New York City, to lead the fledgling program and also made the game part of the curriculum. The school now has a 10-member chess team, and 18 students belong to the chess club.

Harrington, now a principal with the Pocantico Hills district in Sleepy Hollow, said he promoted chess at Haldane because research has shown it benefits students in areas such as problem-solving, impulse control and persistence, or “grit.”

Katz, 32, started playing at age 3. By age 18, she represented the U.S. in an international tournament in Brazil and finished in the top 10. She has been coaching chess for the past 13 years. 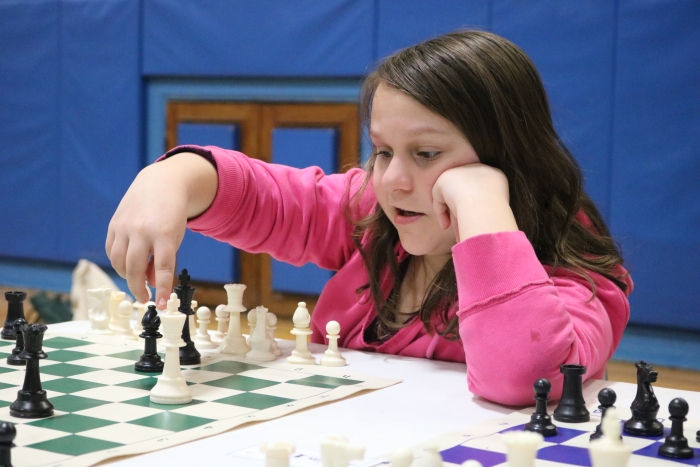 How do you coach someone in what may be the ultimate mind game? “A lot of coaching is emotional, being a support system,” Katz said. “I show the kids strategies, and I’m here for them for their wins — and their losses.” There can be “a lot of tears in chess,” she noted.

In 2016, Abby Marshall, who also lives in New York City, was added to the roster as a coach. She is a chess master, which is two ranks below grand master. She has competed in Turkey, at the World Youth Championships in Italy and in China in 2008 after the Summer Olympics. “It was like the chess Olympics,” she said.

Saturday’s matches featured many more boys than girls. “The ratio is about 4-to-1 at tournaments,” Katz said. One of the boys, Colin Delabie, 13, a Haldane seventh-grader who has reached the championship level, began playing at age 6 and entered his first tournament two years later. 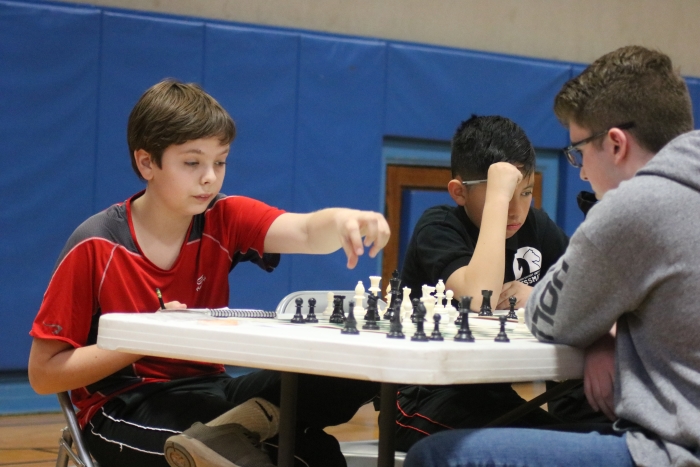 “It played into my love of math,” he said. “I improve my game by going to Haldane’s chess club every Friday.”

Delabie, who admitted being nervous before each match, is a pioneer in his family. “I taught my dad to play,” he said. “My uncle wasn’t very good at it, and my grandfather barely played.”

Saturday’s tournament was a challenge. “It was extremely difficult; all my games are very competitive,” Colin said. Although a self-described “end-game player,” he noted the first move can often determine how a game plays out.

Katz said as a player she uses meditation and yoga to help her concentrate at the chess board. She cringed good-naturedly when told that one of her rookie players, Haldane fifth-grader Louise Denehy, 11, said she likes the game because “once you have the hang of it, you don’t really need to pay attention that much.”

But Katz has also seen players overthink game situations. “Sometimes the best chess is simple chess,” she said. “I like them to be excited, but I’d rather they be calm than energetic. Kids who have a passion for the game will sit still and focus.” 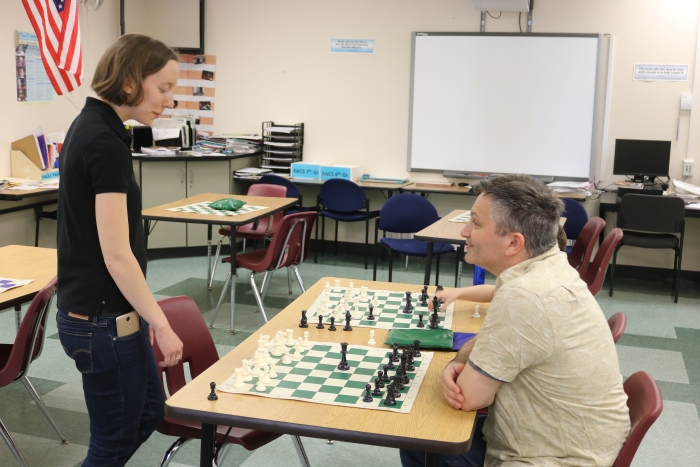 Aaron Freimark, a Cold Spring resident and father of an 11-year-old player, was at Saturday’s tournament, as well. “I played a little bit, but not like this,” he said. “Robert has gotten way better than me since being coached.”

Freimark said he liked Katz’s coaching philosophy, including her insistence that players never retire from a game. “Play to the end,” he said. “Not everyone has that rule, but Alanna pushes that, and sportsmanship.”

Later this month, Haldane will send a team of as many as five players to the National Junior High Championship in Grapevine, Texas. Freimark has attended the tournament. “It’s amazing — 5,000 kids playing chess!” he said.

One thought on “All the Right Moves”