With spring around the corner, the reappearance of songbirds from the south has begun, making it an ideal time to learn how to identify them.

“This is a class where you’ll be doing all the work,” said Pete Salmansohn, education chair for the Putnam Highlands Audubon Society, to about 40 people who came to Desmond-Fish Library in Garrison on March 31 for a lesson.

Based on a show of hands, most of those in attendance were ornithological novices. But Salmansohn reassured everyone that bird identification is “pretty easy, once you get the basics in terms of what to look and listen for.” 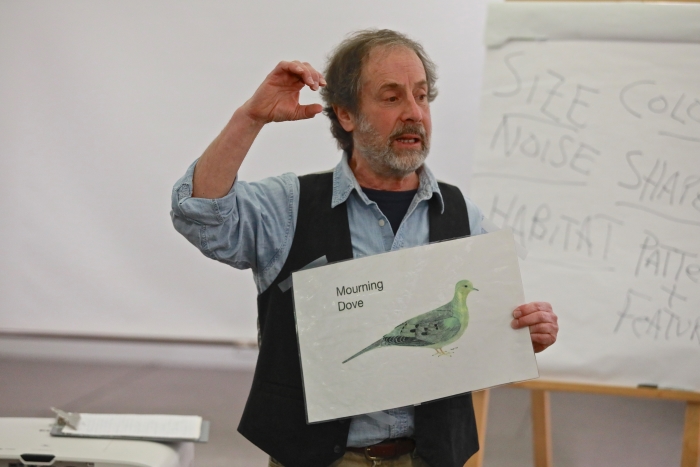 Pete Salmansohn explains the characteristics of the mourning dove. (Photo by Ross Corsair)

He cycled through a few common birds — chickadee, robin, goose, great blue heron — pointing out identifiers such as neck shape, or calls. Location matters, too. “Would you expect to see a great blue heron at a bird feeder?” he asked.

Other clues are size, patterns, colors, features, what a bird does with a specific feature, like a crest, or a combination of any of these factors. A cardinal’s triangular beak, for instance, helps it crack open seeds.

After dividing into smaller groups, the participants studied a pack of 10 color photos of unidentified birds and responded to a questionnaire with inquiries such as “Which bird can easily grab onto tree bark?” (downy woodpecker and nut hatch) or “Identify two birds which look closely related, by shape.” 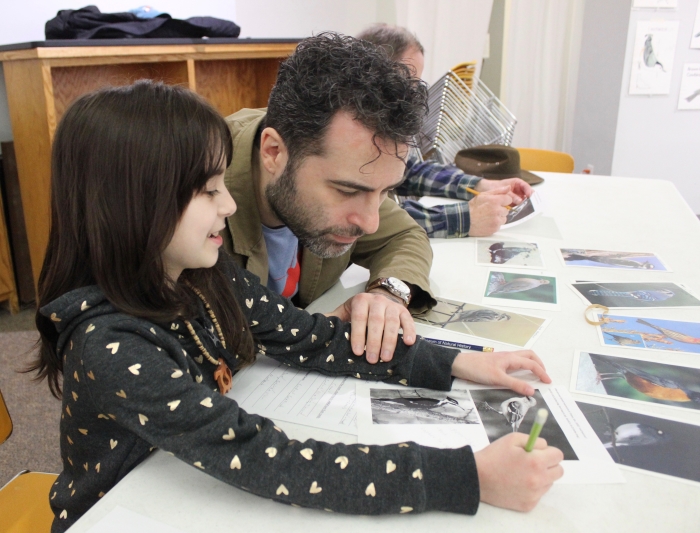 Third-grader Amara Gross and her father, Mark, figure out which descriptions fit which images. (Photo by A. Rooney)

Additional questions were connected to the drawings mounted on a display. “Name three birds with Mohawks,” one asked.

One knowledgeable participant was Amara Gross, a third-grader at the Garrison School, who attended with her father, Mark. Her hand shot up each time Salmansohn asked a question, and she knew her stuff, which she attributed to a five-week class program on birds.

“We learned about their habitats, and the dangers of migration,” she volunteered, noting that those dangers included “predators, like cats, storms, and lightning.” Her class also learned, she said, about “field marks, which include pattern and colors.” Amara blazed her way through the worksheets, with only an occasional assist from her father.

Can you identify these birds that winter in the Highlands but mostly breed elsewhere? (Answers below.) 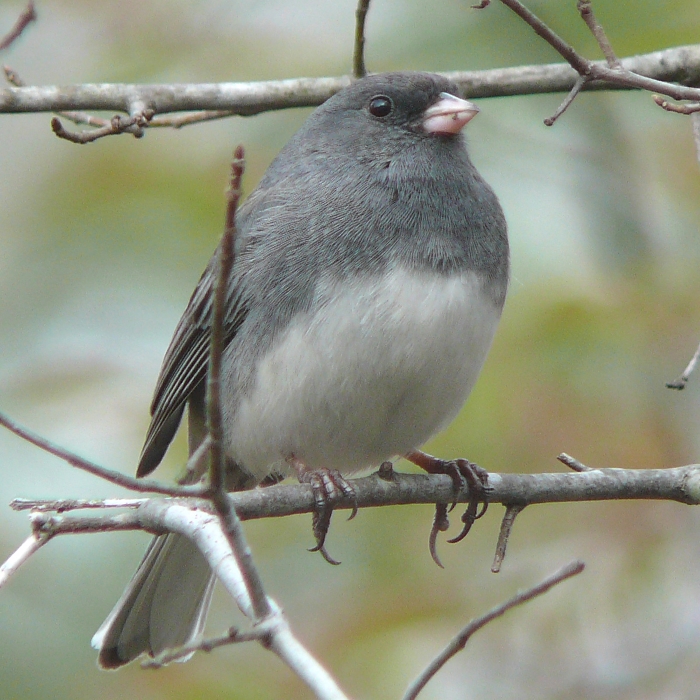 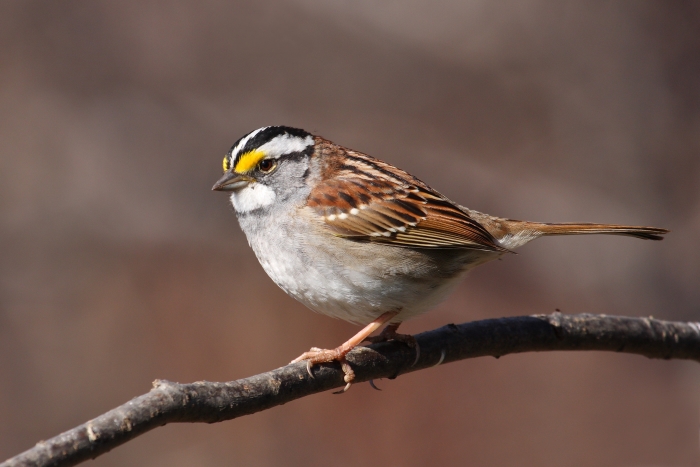 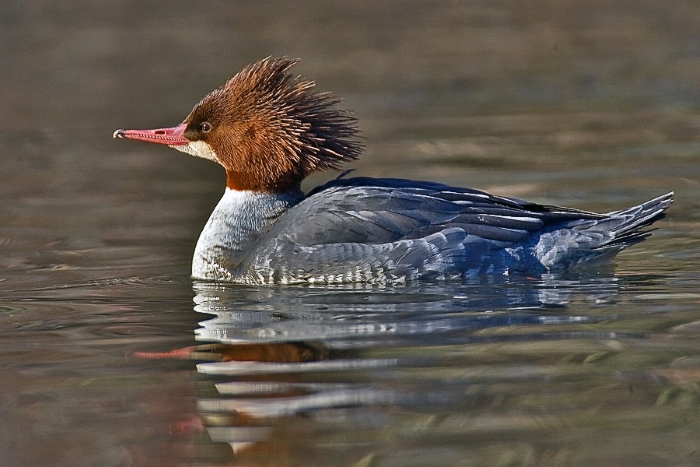 The program also featured an auditory component when Salmansohn played recordings of birds’ calls and had everyone attempt to duplicate them. Then it was a round of guess-that-bird:

“It has a pattern on its wings, which we call wing bars; it’s sparrow-shaped, with big eyes, big feet and a long tail. Who knows what this bird is?” 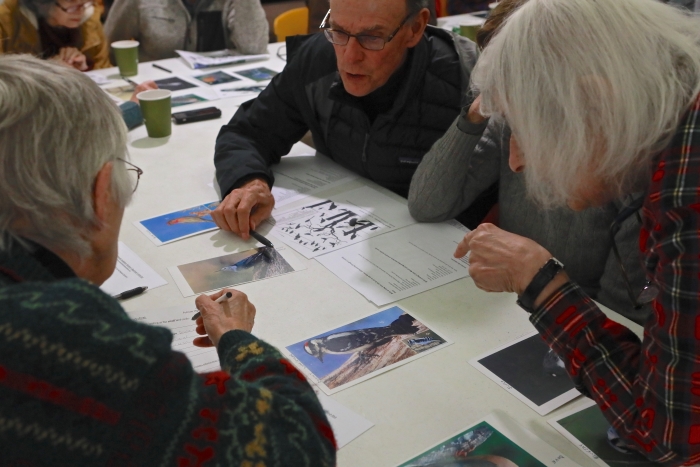 No one knew. It was a mockingbird, which Salmansohn conceded are not common in the Highlands.

There was more success with the next bird, described as measuring about 17.5 inches long, with a long, pointy beak, a skinny neck, “and the Mohawk thing.” Several members of the audience correctly identified the pileated woodpecker.