Haldane’s sophomore right-hander, Dan Santos, threw the first no-hitter of his career earlier this week in a complete-game shutout against Peekskill.

In the win over the Red Devils on Tuesday (April 23), Santos dominated over seven hitless innings, striking out 11 batters and earning his first victory of the season. 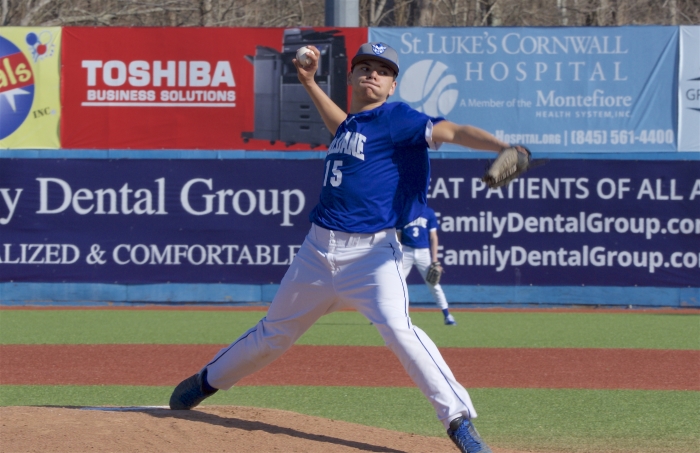 “Everything was going great for him,” said Manager Simon Dudar. “He was dialed in. He walked the first batter, then went 3-0 on the next one. Then he struck out the side. From there it was clear sailing. That’s definitely the best I’ve seen him pitch.”

“This was the first game where everything came together for us,” Dudar said. “We had good defense, good pitching and good hitting. We need more games with more of that.” 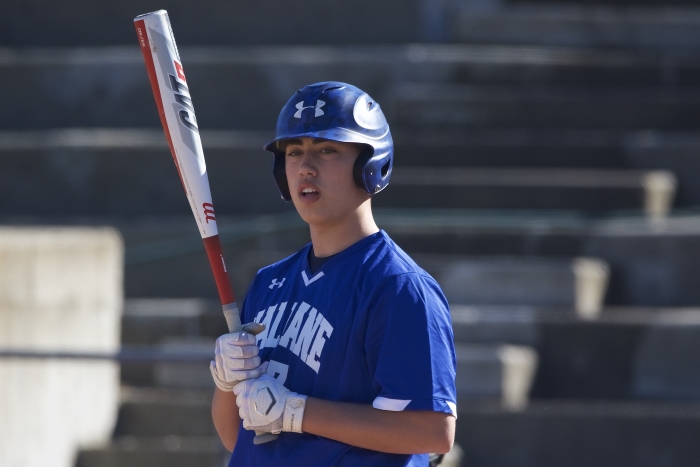 Vincenzo Scanga looks for a sign from third base against Pawling. (Photo by S. Pearlman)

On Wednesday (April 24), the Blue Devils dropped an 8-1 decision to league rival Pawling at Dutchess Stadium. Dobosz (1-2) took the loss for the Blue Devils, who are now 3-7. Hotaling doubled and drove in a run and Mikalsen went 2-for-3 at the plate.

“Errors hurt us, and we need to score more than one run if we want to win games,” Dudar said. “We have been cutting down on our strikeouts, and our hitting is getting better. We’re making small improvements.”

The Blue Devils are scheduled to take on Putnam Valley today (April 26) at 7 p.m. at Dutchess Stadium, then travel to Spackenkill for a noon game on Saturday. Haldane returns to Dutchess Stadium on April 29 to face North Salem.