Every last reservation was quickly taken for a May 10 talk at the Garrison Institute with Amor Towles, whose novel A Gentleman in Moscow spent 58 weeks on The New York Times hardcover best-seller list — moving 1.5 million copies — and immediately topped the paperback list in March when that version was released. The novel is also soon to become a television mini-series starring Kenneth Branagh. 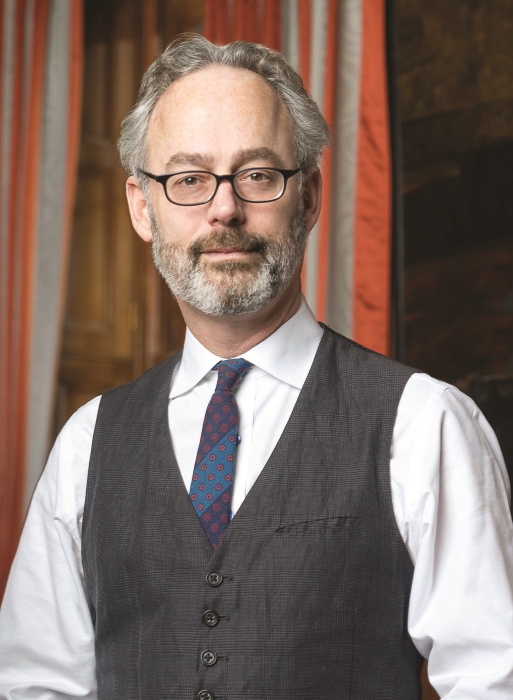 The Garrison event, sponsored by the institute, the Desmond-Fish Library and Split Rock Books, will celebrate a novel that cast a spell on readers when it was published in September 2016. It’s set in the tumultuous years of the Russian Revolution and its aftermath, and its central character is a former aristocrat sentenced to what amounts to house arrest in a once-grand hotel near Red Square.

Towles, who lives in Manhattan and Philipstown, says he isn’t surprised by the novel’s success, despite its length of well over 400 pages. “So much —Twitter and more — comes in a shorter form, with shallow content and incredible frequency,” he says. “You’re consumed by it, not nourished by it. Yet there is also big success now in long form: in television, there are 10- to 12-hour or longer series. Same goes for podcasts requiring an investment of time. People are buying long novels: mine and The Goldfinch, for example. In general, the interest in serious narrative is robust.”

Towles’ journey to the best-seller list has many of the elements of a novel. He studied English at Yale and Stanford but, at age 25, joined an investment firm in New York City. He traveled abroad often as a spokesman for the firm, including annual trips to Geneva. On his eighth visit there, he has said, he noticed “the same people in the lobby as the time before.”

That gave him an idea, which he wrote down on the hotel stationery in his room. “My first thought [about the protagonist] was: He shouldn’t be there by choice. He should be there by force,” he recalls. “That made me think of Russia. Then I thought: It should be the Metropol.”

The Moscow hotel, which opened in 1905, was filled with marble and crystal, ballrooms, a library, card room and suites, all designed to attract Russia’s new 20th-century wealth. It was, Towles says, “the center of the social fabric of the city, visited weekly by the intelligentsia, nobility and upper bourgeoisie.” Yet, 12 years after it opened, “it found itself in the middle of a revolution.” 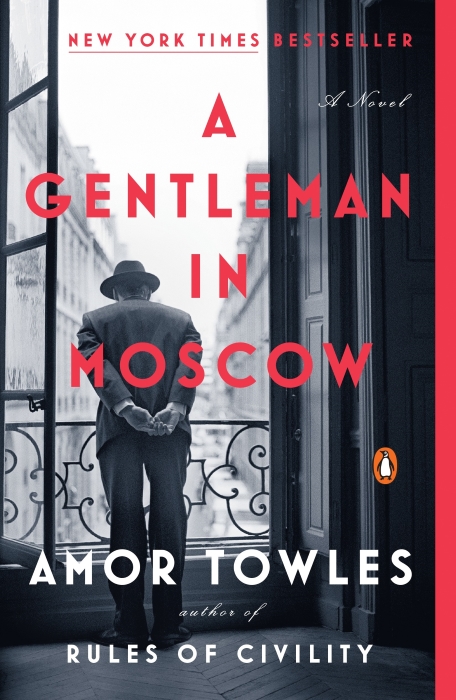 As battles raged in the barricaded square, soldiers took over portions of the hotel and leaders of the new government were ensconced in Metropol suites. In his book, the central character, the count, has, at the outset, lost his social standing, possessions and family. “Over the course of 30 years there, he has to find a new sense of purpose,” Towles says.

When he wrote the novel, Towles hadn’t actually stayed at the Metropol but had been inside. After he finished the first draft, he booked a room. The popularity of his book has led to popularity for the hotel. “I was there recently, and the manager was so thrilled, grateful,” Towles says. “All of the people want to visit the sixth-floor attic [an element in the novel] — but there is no sixth floor. It’s a part of the narrative effort: you have to have the freedom to invent.”

Towles say he doesn’t overindulge on historical research for his books (his first novel, Rules of Civility, also a best-seller, was set in New York City in 1938), because while it “can spark and spur you on, too much research paves over the imagination.” Instead, he finds something he’s fascinated with already, then “uses that familiarity to invent my version of it.”

Some readers don’t get that, he says. “There is a strong impulse to read for exactitude,” he says. “I think the ‘Gotcha!’ culture is responsible for a lot of the indignant emails. The thing is, if I email back showing how they’re wrong, nine out of 10 times, they don’t reply. Others point things out very graciously, with politesse, which I appreciate. In fact, I made roughly 30 changes which were reader-originated” in the paperback.

Towles says he grappled with the overall perspective of the novel and settled on what he calls a “meta-narrator.”

“In order for the book to work, it was important to have not only the count’s voice, but the harsh aspects of Soviet life,” he says. “Some of it is achieved through coming in and out of the hotel, but 10 percent of the book is told by the meta-narrator, who is more jaded, has had more experience and provides dark details.”

One thought on “A Gentleman in Philipstown”