The Beacon High School girls’ golf team picked up its first two victories of the season, defeating Pearl River, 309–332, on Tuesday (April 30) at the Southern Dutchess Country Club after dispatching Arlington, 287–289, on April 25 for the first time in the golf team’s 13-year history. 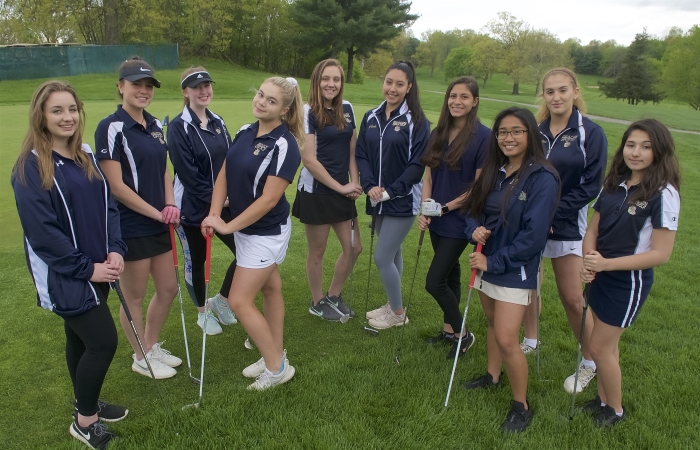 Coach Rob Balch was impressed with his team’s performance against Pearl River, considering conditions were not ideal. (The two squads played the front nine of the course, a par 35.)

“Often the conditions dictate how the girls play,” Balch said. “There was a tournament before our match, and the rough was extra thick, and the greens were incredibly fast. So I was impressed with how they stayed focused, given the conditions and cold weather.” 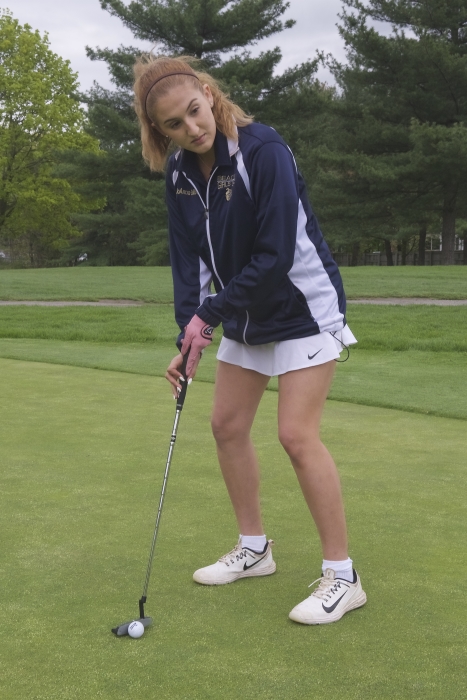 The week before, Beacon defeated Arlington for the first time in the 13-year history of the Bulldogs program, over 25 matches, Balch said.

“Not only was that one of our best performances, but from top-to-bottom it was our most complete performance,” Balch said. “It was also the closest match we’ve ever had, a nail-biter right to the finish.”

He said that with a core of experienced players, “this is the first year we can be a force to contend with in the conference.”

The captains are Galbo, Compagnone and Travis. “It’s great for others to see how hard they work,” Balch said, adding that “Campos, in her second year, is probably our most improved player, and Herrera is a force in just her third month playing.” 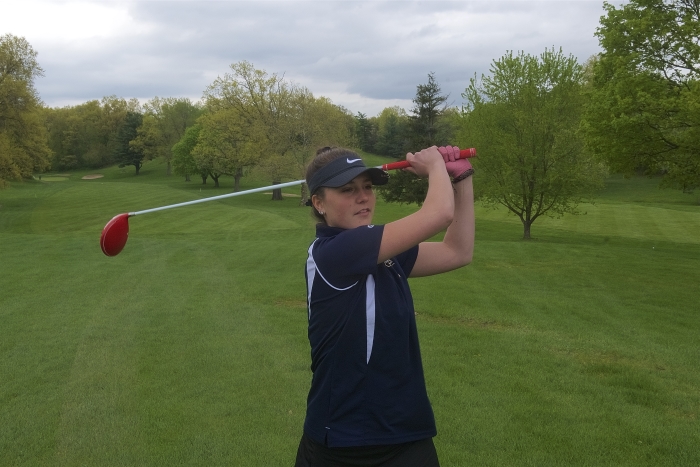 Beacon is scheduled to face Carmel (the defending state champion) twice next week, away on May 6 and at the Southern Dutchess Country Club on May 9.

The following Monday, May 13, the Bulldogs will host the Dutchess County Invitational, the first high school girls’ tournament held in the county. Besides Beacon, Arlington, Lourdes and Wappingers are scheduled to compete.