Officials from the Beacon City School District and Dutchess County are still sorting out the future of Dutchess Stadium and the Hudson Valley Renegades, although some of those discussions will soon be put on hold for more pressing matters, like minor league baseball.

The team and the county have an “agreement in broad principle” to extend the stadium lease, Dutchess County Executive Marc Molinaro said this week, but those talks are expected to adjourn as Renegades officials turn their attention to the baseball season. (The home opener for the team, which has played at The Dutch for 25 years, is June 16.)

The delay does not mean that negotiations have broken down, Molinaro said. “We knew we were up against a deadline and an agreement just wasn’t achievable prior to Opening Day. It’s no [party’s] fault.”

The Renegades, who are affiliated with the Tampa Bay Rays and are seeking their fourth NY-Penn league championship, last year agreed to a five-year extension of their lease of the 4,500-seat stadium after the Dutchess Legislature approved $2.4 million in bond funding to make repairs and upgrade the facility. This season the club will unveil new stadium chairs that, in some sections, will have seat cushions, and the concrete seating bowl and other surfaces have been repaired throughout the ballpark.

The county intends to solicit bids for a second phase of repairs after the end of the season, a Dutchess representative said. Once the county estimates costs, it will submit a request to the Legislature for funding.

Molinaro said that Dutchess would like to have a 20-year agreement with the team that outlines which upgrades will be done, along with any cost-sharing. 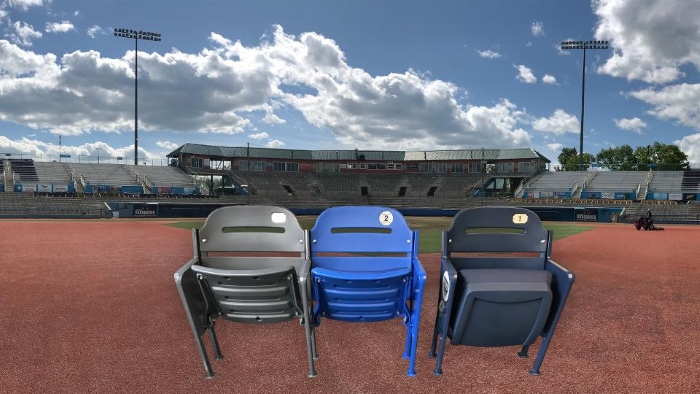 The Renegades have upgraded the seating at Dutchess Stadium. (Photo provided)

Meanwhile, the Beacon school district agreed in December to extend its expiring lease with the county by a year. It owns the 21 acres upon which the stadium is built and another 21 adjacent acres. It could extend the county’s lease again or sell some or all of the property.

To do that, the district must first have it appraised, and at their June 3 meeting, school board members discussed whether to consider the parcels together or separately.

“We have a fiduciary responsibility to get the best value if we’re going to dispose of [the adjacent 21 acres] in any fashion,” said board member Craig Wolf. “We might not decide we want to sell it to the county. We might want to go to market.”

That led the board to discuss the language it would use when soliciting appraisals. While several members said they don’t want to see private development of the land, they conceded that including restrictions on its use could limit how it’s appraised, and how much it could be sold for.

The balancing act between fiduciary responsibility and limiting development puts the district in an “awkward position” that “we’ll need to seek advice for,” board member Kristan Flynn said. District voters would need to approve any sale.

One thought on “Play Ball (For Now)!”