Born Aug. 10, 1949, in White Plains, she was the daughter of Samuel and Agnes Grabania. In November 1969, she married Walter Gilleo, who survives at home.

Shirley enjoyed many casino trips with her husband and spending time with her grandchildren.

Besides her husband, she is survived by her children Tina Dahlia (Anthony), Robert Gilleo (Brenda) and Michael Gilleo (Jennifer), as well as her grandchildren William Vasquez Jr., Brooke Dahlia, Emily Gilleo and Ashley Gilleo. Funeral services will be private. 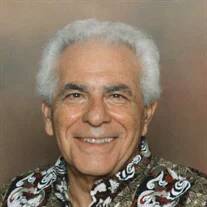 John was born Dec. 23, 1930, in Brooklyn, the son of Sebastian and Mary (Sacco) Rinaldo. He served in the U.S. Navy during the Korean War and was later employed by Camera Graphics.

He was a founding member of the North Highlands Engine Co. No. 1 and served as its chief. He also was a fire district commissioner for 13 years and its chair. He was named Mr. North Highlands for the company’s 25th anniversary celebration.

John also was a member of the Knights of Columbus, the Veterans of Foreign Wars, the Plainview Fire Department, the Association of Retired NYC Firemen-Palm Coast, and the Citizen Observer Program at the sheriff’s office in Deltona. He enjoyed nature and bird watching.

He is survived by his wife, Florence DeNicola; his children, Debra DeGelormo (Gene), John S. Rinaldo Jr. (Sharon), Michael Rinaldo and Carol Shamis (Elliot), as well as 10 grandchildren and five great-grandchildren. His first wife, Millie, died before him.

A funeral service is scheduled for Tuesday, June 18, at Our Lady of the Lakes Church in Deltona, with interment to follow at Florida National Cemetery in Bushnell. Memorial donations may be made to North Highland Fire Co. No. 1, 504 Fishkill Road, Cold Spring, NY 10516.

Born July 17, 1920, in Cold Spring, she was the daughter of Francis and Concetta (Vitanza) Gallio. She married Howard Tompkins, who died in 1978.

A Mass of Christian Burial will be held at 11 a.m. on Friday, June 21, at Our Lady of Loretto in Cold Spring, followed by burial at Cold Spring Cemetery. Memorial donations may be made to St. Jude Children’s Research Hospital (stjude.org) or a charity of your choice.