Bill was born on July 27, 1944, in Jersey City, the son of Herbert and Judith (Shea) Gage. After graduating from St. Bonaventure’s High School in Paterson, New Jersey, he enlisted in the Marines and served from 1963 to 1966 during the Vietnam War.

On Nov. 20, 1965, he married Maureen Lynch in Passaic, New Jersey. They resided in North Carolina until Bill completed his enlistment, then moved to Maywood, New Jersey. In 1969, the couple moved to Beacon for a job and, in 1971, relocated to Hopewell Junction.

From 1968 to 1977, Bill worked in the automobile business, including at McCormack Ford in Beacon. In 1977, he took a position at Shop Rite and worked his way up from stock person to general manager. He retired in 1993 and took a position with a Russian firm opening an American-style supermarket in St. Petersburg.

After the store launched, he began volunteering at St. Christopher’s Inn at Graymoor in Garrison and became a substance abuse counselor. He retired in 2009 as a clinical supervisor.

Bill was a daily communicant at St. Denis Church in Hopewell Junction, where he served a religious education teacher for 20 years. Additionally, he was a lector, a eucharist minister and a member of the men’s ministry. For 35 years, he was involved in prison ministry with Kairos and Residents Encounter Christ. For nearly as many years, he was a member of the Cursillo community. He was a volunteer member of the Vassar Brothers Hospital pastoral team where he distributed the Holy Eucharist to patients.

Calling hours will be held on Sunday, July 28, from 2 to 6 p.m. at the McHoul Funeral Home, 895 Route 82, in Hopewell Junction. A Mass of Christian Burial will be celebrated on Monday, July 29, at 10 a.m. at St. Denis Church, 602 Beekman Road, in Hopewell Junction. Memorial contributions may be made to St. Christopher’s Inn (stchristophersinn-graymoor.org) or Hudson Valley Hospice Foundation (hvhospice.org).

Theresa “Terry” Kemp, 59, of Winder, Georgia, and a former longtime Beacon resident, died of cancer on July 22, 2019, at her home with her family at her side.

Born July 28, 1959, in New Rochelle, she was the daughter of William McClellan and Frances Vail. She married Gary Kemp in April 1982 in Mahopac.

Terry worked at Verizon Wireless as a senior executive assistant for 36 years before retiring in 2014. She earned a bachelor’s degree in 2002 from SUNY Empire State College. Terry loved shopping, especially for purses. Her favorite place to be was at the beach in the Outer Banks, watching the wild horses and visiting the lighthouses. She adored her three Chihuahuas, Chloe, Rocky and Daisy.

Besides her mother and husband, Terry is survived by her son, Gary Kemp Jr., and her daughter Melissa Yazurlo (Michael) of Wappingers Falls. Terry also is survived by a brother and two sisters. Memorial donations may be made to the Colon Cancer Foundation (coloncancerfoundation.org) or any local animal shelter. 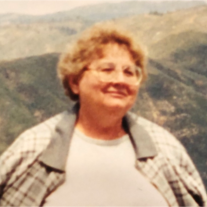 Nora was head librarian in the Beacon City School District for 31 years. She was known as “Saint Nora” by her family, who recall her as a a generous, compassionate, caring and gifted woman. She enjoyed gardening, crafting with her husband and attending shows at the theater, as well as sewing and creating handmade costumes for her grandchildren.

Nora had an extensive collection of books. She and Lank had a beautiful home in Glenham where the family enjoyed many home-cooked meals, tea parties with the grandchildren and holiday gatherings. After retirement Nora and Lank traveled and worked on their “projects” together.

Family and friends will gather on Tuesday, July 30, from 4 to 8 p.m. at Riverview Funeral Home by Halvey, 2 Beekman St., in Beacon. A funeral service will be held there at 6 p.m., followed by burial on Aug. 1 at Fairview Cemetery. Memorial donations in memory of Nora and her great-grandson Zachary may be made to the Foundation for Abilities First NY (abilitiesfirstny.org). 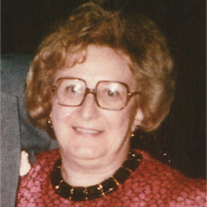 Jean R. Sauntry, 82, of Beacon, and a former longtime resident of Newburgh, died July 22, 2019, at the Campbell Hall Rehabilitation Center.

Jean enjoyed painting the beautiful scenery of the Hudson Valley. She also loved Christmas. Her home was always decorated and she was especially proud of her Christmas trees and ornaments. Jean also enjoyed reading and baking. She was especially known for her pizzelle cookies.

In addition to her husband, Jean is survived by her brother, Robert Pavlovic (Barbara); and several nieces and nephews.

A Mass of Christian Burial was held on July 26 at St. Francis of Assisi Church in Newburgh, with entombment following at Cedar Hill Cemetery. Memorial donations may be made to St. Jude Children’s Research Hospital (stjude.org).