A broad smile crossed the face of Ali Muhammad, who was coaching a team in the Beacon summer adult basketball league, each time a friend stopped by to play this past Sunday night (July 21) at the South Avenue basketball court.

Muhammad, a 2006 Beacon High school grad and former City Council member who now lives in Newburgh, is the longtime commissioner of the league. He said he loves everything it offers — not only the competition (although the players’ skills vary) but the way it brings friends and family together, and makes introductions. 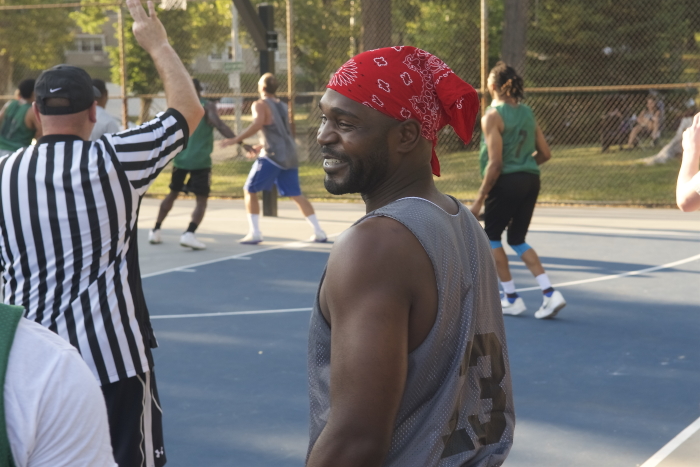 The adult league, which accepts players who are 16 and older, began eight years ago and this year has eight teams and about 80 players. Each team plays eight games plus a tournament that leads to a title game at the end of August. The league also has an All-Star game.

“When I came back from college, my friends were complaining about not having an organized men’s league,” Muhammad said. “So we started one.” 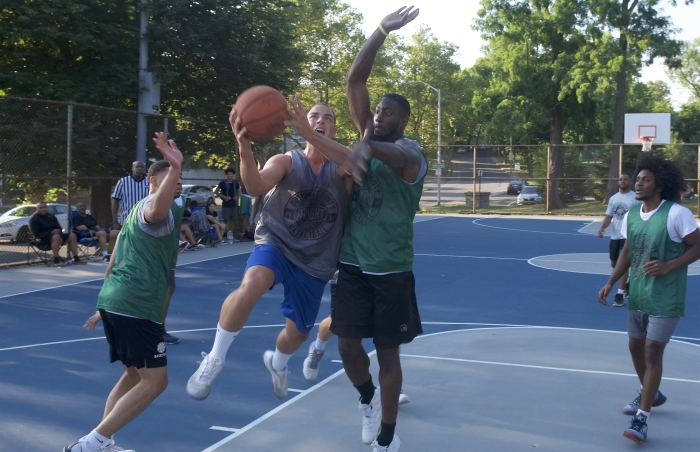 The Beacon Adult League features eight teams playing on Sundays, with a regular-season and playoffs. (Photo by S. Pearlman)

“I do it for Terrence, and for the culture,” Muhammad said. “We deserve to have something. And sometimes it takes a bit of organization. But seeing the smiles on faces, my friends who grew up with Terrence …  It’s positive youth development.” 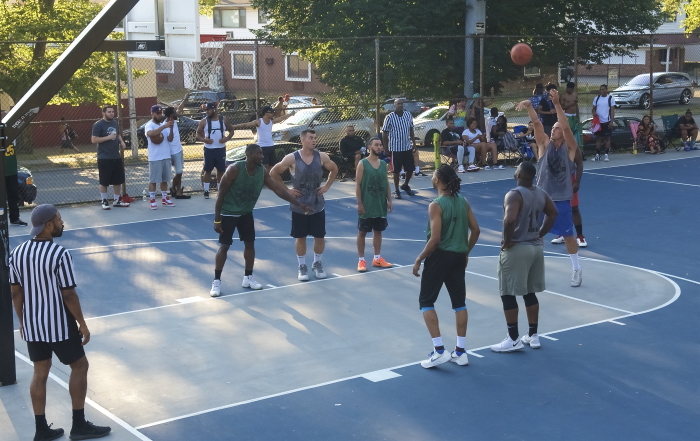 The league has about 80 players. (Photo by S. Pearlman)

Trey Hering, 20, who graduated from Beacon High in 2016, said the league “gives everybody a chance to be competitive. If you’re from Beacon, it’s a pretty big deal because Beacon doesn’t have that many things outside of the high school summer league [Beacon Hoops]. My friends all love it, and we’ve been doing it for four or five years.”