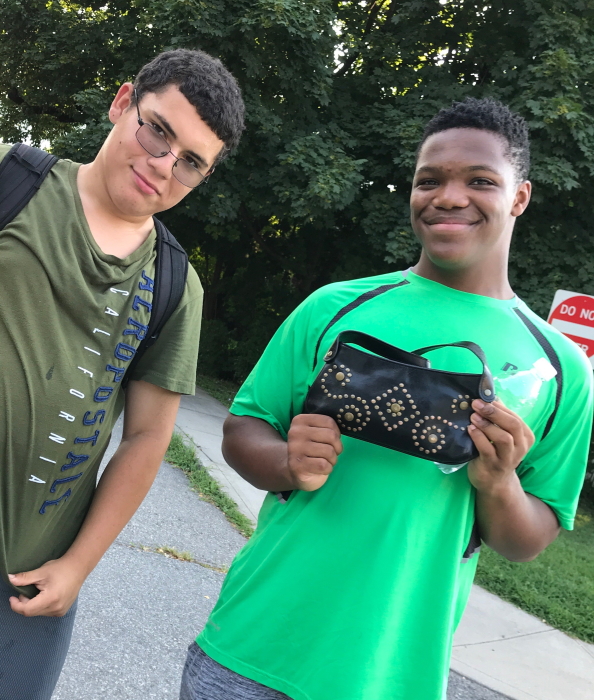 LOST AND FOUND — Victor Mollino and Ziaire Mickell, who will be juniors this year at Haldane High School, came upon a purse with a wallet inside on Tuesday (July 30) at the Cold Spring waterfront. Ziaire’s mother, Jennifer Young, took to Facebook to find the owner based on the IDs inside; it turned out to be a high school teacher who lives in Fishkill. “When she picked it up, she was warm and grateful and talked to the boys about their college plans,” said Young. Victor is the son of Christina Dziadzio and James Thompson and Ziaire, who is president of his class, is the son of Young and Cathy Polera. (Photo provided) 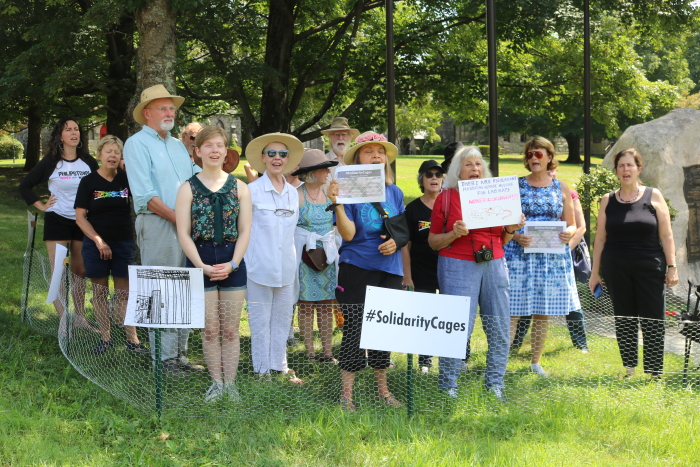 SOLIDARITY CAGE — More than 30 people took part in an hour-long demonstration on Saturday (July 27) near the war monument at the intersection of Main and Chestnut streets in Cold Spring. Organizers Jill Golden and Cathy Lim of Cold Spring said the event was intended to increase awareness of conditions in which asylum seekers are reportedly being kept at the Mexican border. Golden said the group didn’t take a stand on open or closed borders but demanded the federal government treat those in custody humanely. (Photo by Michael Turton) 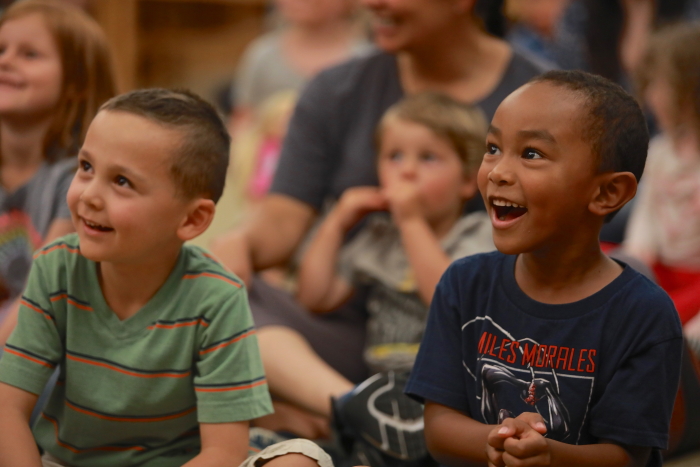 MAGIC SMILES — Illusionist Scott Jameson kept his audience spellbound during a performance at the Desmond-Fish Library in Garrison on July 24. (Photo by Ross Corsair)