Last year’s Beacon High School squad finished 9-5-2 and earned the No. 8 seed in the Class A sectional tournament but fell to Horace Greeley in the opening round. 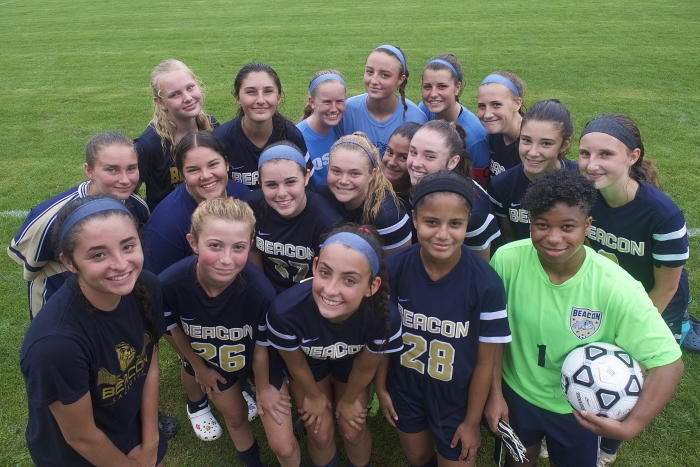 “I’m looking for a lot of senior leadership,” said Coach Hugo Alzate, in his fifth season leading the Bulldogs. “We’ll go as far as they take us.” 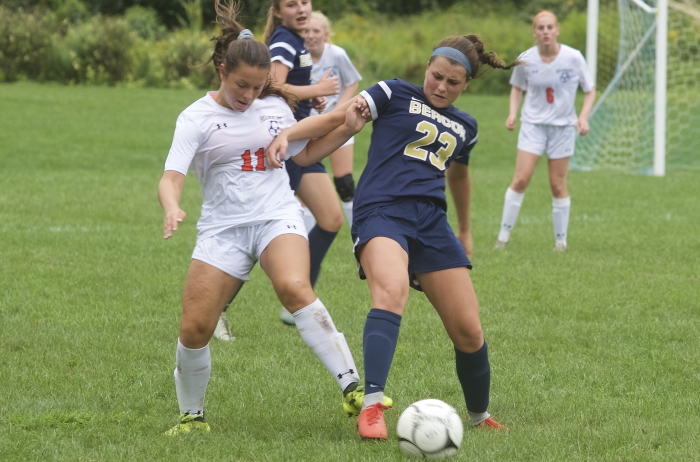 He noted that the team would be implementing a new system and formation. “We want to dictate pace and shut down other teams,” he said. “We’re younger than last year, but we have some veteran seniors. There will be a small learning curve — we’re learning to play together.”

Beacon has two eighth-graders — forward Chelsea DerBoghossian and defender Devyn Kelly — whom Alzate believes can make an impact. “Both have played a high level of travel soccer and are well ahead of their age in terms of skill and ability,” he said. 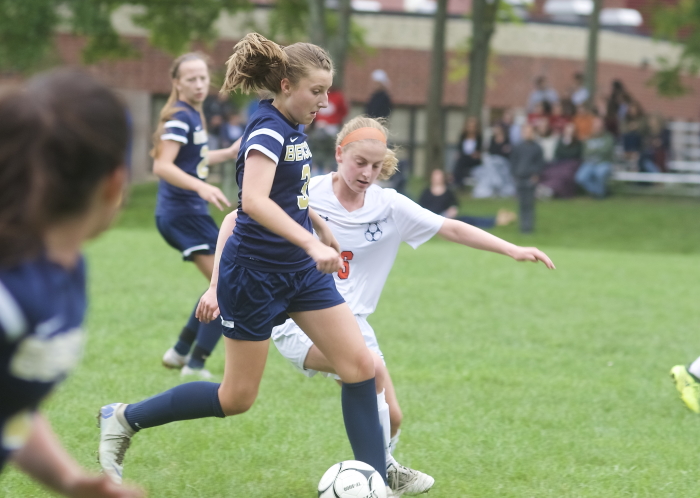 Maddie Bobnick (3) carries the ball across midfield against Greeley in the playoffs last season. (File photo by S. Pearlman)

The Bulldogs tied for first place in the league — which includes Lourdes, Hendrick Hudson, Poughkeepsie and Peekskill — last season, and Alzate wants to win it outright this fall.

“Hen Hud returns a lot, and they are always tough, but if things go well and we learn the system and work together as a unit, we can do something by the end of the season,” he said. “We’ve never won a game in the Class A playoffs but we’re hoping to break that streak.”

Beacon is scheduled to open its season on Wednesday, Sept. 4, at John Jay Cross River, which won the Section 1 title last season. The Bulldogs host Pelham in their home opener at 4:30 p.m. on Friday, Sept. 6.

The Haldane High School team is coming off a season in which it finished at 9-10-1 but still reached the Final Four of the state Class C tournament before falling to eventual champion Stillwater.

With six starters back on the field, Coach Steve Schweikhart — who returns to the role this year after coaching both the boys’ and girls’ teams at Haldane in the past — believes the team has potential. 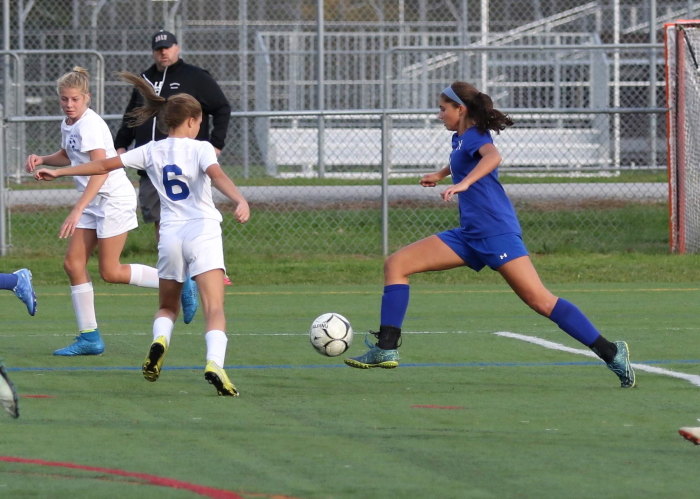 “The returning starters will all play a huge role,” said Schweikhart, who is assisted by Cali Schweikhart and Mary Callaghan, who both played on the Haldane team that reached the state title game in 2013. “They have proven themselves as quality players and great examples for the younger players. I couldn’t ask for a better group.” 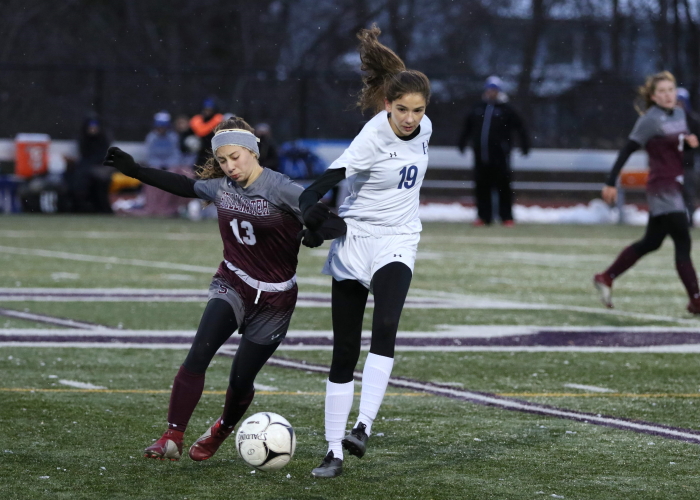 But the Blue Devils welcome a trio of freshmen — Liv Villella, Sara Ferriera and Chloe Rowe, all younger sisters of senior starters — whom the coach believes can have immediate impact. “They know the game well, have great technical ability and high work rate,” Schweikhart said. “It’s going to be a lot of fun watching them grow as the season progresses.”

The Blue Devils are scheduled to open their season on Thursday, Sept. 5, at Valhalla. The home opener is Sept. 11 against Briarcliff. Their league includes North Salem, Pawling and Putnam Valley.

“On paper we have a lot of potential,” Schweikhart said. “The talent is there, and the chemistry seems great at this point. It will be up to the coaches to get the girls ready for the challenges of a difficult schedule, and the pressures associated with the postseason. But from what I’ve seen the first week and a half of practice, the team is going to battle each and every game, and hopefully that will serve us well come October and November.”