Choreographer will use Manitoga as her stage

To prepare for her assignment to choreograph a work set in, around, above and beyond Manitoga’s quarry pool, Ivy Baldwin says she visited the Garrison site a few times “to wander around, sit and think.”

The dance she created, Quarry, performed by seven members of her company, will be presented on Sept. 21 and 22 in the groves of trees, atop the green roofs of the structures and on a stage in Mary’s Meadow. It is the latest in 17 works, including commissions from the Brooklyn Academy of Music’s Next Wave Festival and The Joyce Theater, that Ivy Baldwin Dance has presented since its founding in 1999. 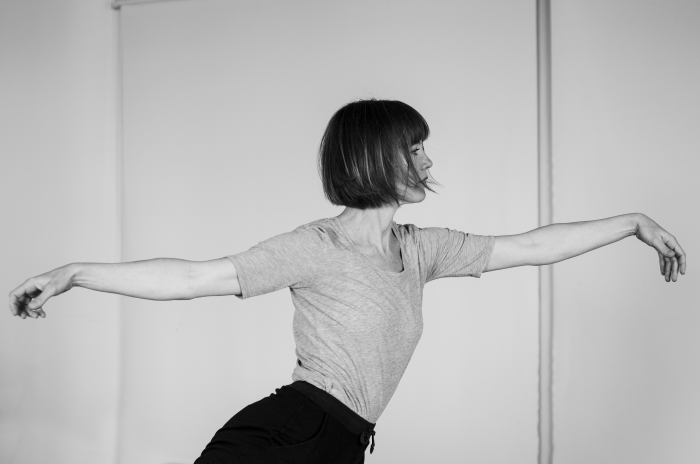 Quarry began when a mutual friend connected Baldwin and Allison Cross, Manitoga’s executive director, who invited the choreographer to visit and told her about its ongoing artist residency.

“I decided it was a magical place,” recalls Baldwin. “I loved the wildness, the messiness, the experimental spirit. I was drawn to [industrial designer and Manitoga’s creator] Russel Wright’s care of how to be in nature, and how to build in nature, in a respectful way, rather than overpowering it.”

In June, Baldwin began bringing her dancers to Manitoga each week. “Along with trying things out, we were making new parts of the work by improvising, letting the dancers explore and respond to the landscape and the house,” she says. 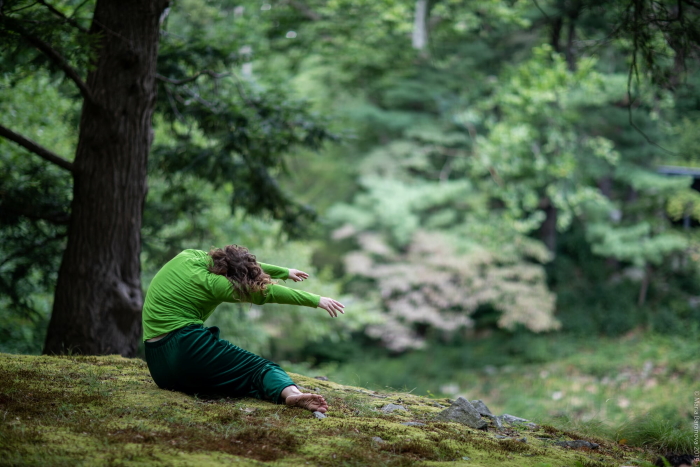 Eleanor Smith, in rehearsal for Quarry at Manitoga (Photo by Maria Baranova)

Because the early planning for the dance had been done in New York City, adjustments had to be made once rehearsals began at Manitoga. “Being here, you realize that this place has so much information, visually, that you need to make what you’re bringing into it simpler,” Baldwin explains. The company, along with much of the creative team, lived on-site for a week in August.

Quarry has four parts, Baldwin says. The first is an installation in the “Martha Graham Girls area,” a spot overlooking the quarry pool where the extended tree branches evoke the arm positions of the famed choreographer. The second is on the moss roofs of the buildings, followed by a “sound walk” at intermission. Finally, on the meadow stage, there will be “more rigorous dancing,” she says.

“Because I was working with these incredible dancers, I wanted to include some very technical dancing,” she says. “My work is usually framed in a more traditional theatrical space.”

Inspired by Wright’s values and her own concerns about climate change, most of the components of Quarry are or will be upcycled. 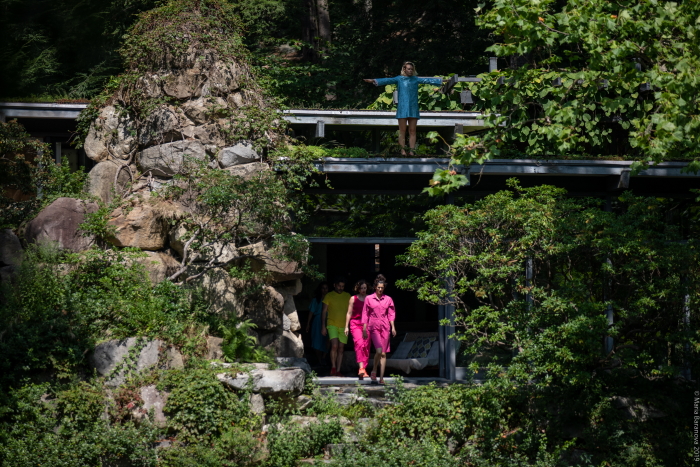 “Our goal was to use recycled clothes and fabrics wherever possible,” Baldwin says. “Our stage will be donated to Habitat for Humanity. We’re trying to put our concerns into practice. Being here is wonderful, but it also brings up fears, anxieties, worries — an excruciating emotional battle: What will happen to a place like this?

“The sorrow of Manitoga is that it was built so long ago and if this had caught on [building with natural materials, and designing in accordance with nature], what a different place we would be in,” she says “But the beauty here pushes back at that hopelessness. Making art at this moment is hard, but fear also pulls out human resilience and hope.”

Baldwin, who grew up in a small town in northern Florida, attended the North Carolina School of the Arts but felt constrained. “The things I choreographed there didn’t feel like my voice,” she recalls. She continued her studies at New York University, where she earned a master of fine arts degree. 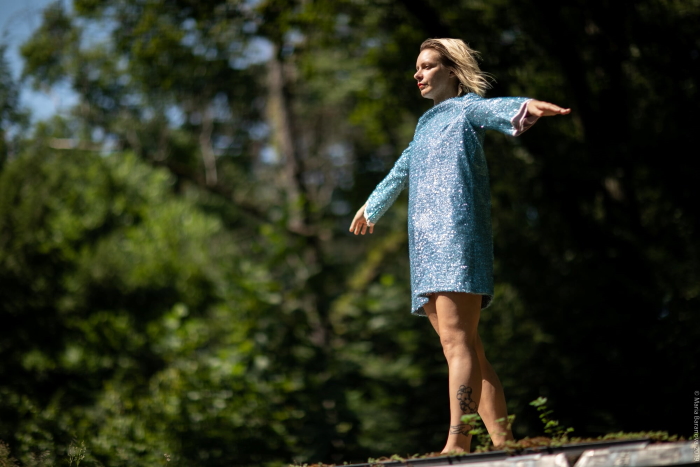 Soon after she graduated, she and a friend rented a studio for two nights and “that’s how Ivy Baldwin Dance was born,” she recalls. “I don’t know how people do it now. It used to be inexpensive to rent a decent studio for a week and finish it off with your own show. That made a big impact on my ability to get going. I started getting commissions from bigger theaters, many of which have now closed.”

Baldwin says that, for a choreographer, creative residencies and other opportunities such as that offered by Manitoga are crucial. For example, Quarry was developed during residencies at the Marble House Project in Vermont, and at Yaddo, Mount Tremper Arts and Gallim Studio in New York, as well as through Manitoga.

“You usually apply with a certain project in mind,” she says. “But most places are open to you changing your mind and sometimes working on something different altogether. Often times you share the work you’ve been developing, but in a low-key way.

“Most of the residencies don’t put a product as the end result; sometimes the benefit or result shows up a long time afterward,” she adds. “The best ones, though, allow you to veer off on weird tangents.”