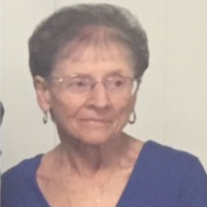 Charlotte was born in Beacon on Jan. 16, 1932, the daughter of George and Concetta (Policella) Carrozzelli. On April 8, 1956, at St. John the Evangelist Church in Beacon, she married Dennis Lahey. Charlotte enjoyed baking for her family. She also loved playing bingo and scratch-off lottery tickets.

In addition to her husband, Charlotte is survived by her son, Dennis Lahey (Karla); her granddaughters Kari-Leigh, Denise and Kacee Lahey; her great-grandson, Riley Anderson; and a brother, George Carrozzelli.

A Mass of Christian Burial was held on Sept. 13 at St. John the Evangelist, with burial following at St. Joachim Cemetery. Memorial donations may be made to the Anderson Center for Autism (andersoncenterforautism.org).

Gloria was born June 8, 1929, in Wappingers Falls, one of the nine children of Marie and Giuseppe Lupparelli. She moved to Beacon as a young woman, then to Glenham. She worked at IBM for more than 45 years and was one of the handful of employees tapped to open the Fishkill facility. She was also instrumental in leading and organizing numerous events for IBM’s 20th Century Club. She loved to dance and travel and was a strong, independent and opinionated woman to the end of her life.

Gloria is survived by her son, Dennis Thorn (Jianghong) and a sister, Barbara Lund.

Family and friends will gather at Brothers Restaurant in Beacon at 1 p.m. on Sept. 21 for a luncheon celebration of her life. Condolences may be sent to Dennis Thorn at [email protected] An additional gathering will take place later this year in Sarasota, Florida, where Gloria was a part-time resident and where she will be interred.

Memorial donations may be made to The Night Ministry (thenightministry.org), which provides shelter and services for homeless young adults in Chicago; the Capuchin Fathers, 180 Sargent Ave., Beacon, NY 12508; or the American Cancer Society (cancer.org).