Tom Stephens has a part in the epic, two-part, six-hour production of Harry Potter and the Cursed Child now on Broadway — or seven parts, actually, although he only has to play one at a time.

The Cold Spring resident, who performs as Tom Patrick Stephens, is one of the 39 members of the show’s ensemble but also an understudy to leading roles such as Harry Potter and his friend, Ron Weasley.

He can’t say much more than that. “How things happen onstage is something we don’t want to spoil,” says Stephens. The play, which is based on an original story by J.K. Rowling and set 19 years after her books, opened in London in 2016 and on Broadway, at the Lyric Theatre, in 2018. 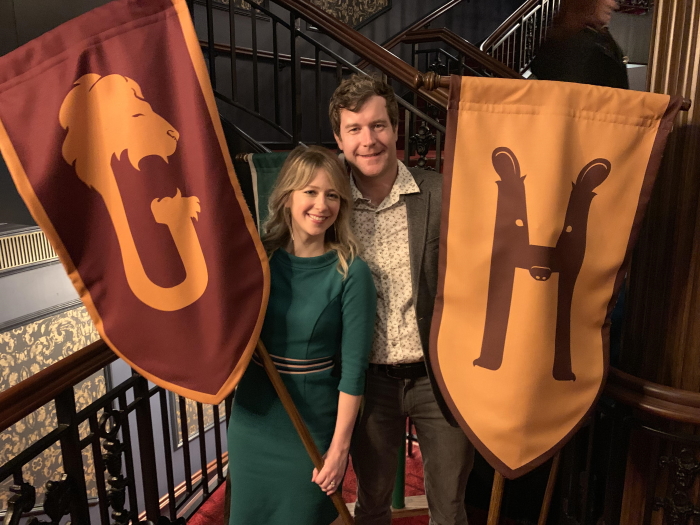 It is Stephens’ second time on Broadway; he appeared in The Curious Incident of the Dog in the Night-time, which ran from 2014 through 2016. Both productions feature stylized movements by Steven Hoggett, who was billed as choreographer (with Scott Graham) for Incident and “movement director” for Potter. Each also entails many entrances and exits, executed with precision, something reflected in the audition process for Potter.

“We did scene auditions and several movement auditions, then further along in the process, we did auditions for Steven Hoggett,” Stephens recalls. “He likes actors who can move, regular people, rather than dancers who can act.

“There are few trained dancers in the cast,” he notes. “It’s amazing the things he has people do. It’s creative, with lots of movements based on counts. We do physical workshops before each show.”

The staging and having to cover seven roles is “challenging, absolutely,” Stephens says. “It taps into different parts of the brain — thinking three-dimensionally. It means remembering things like which hand [a character] is holding the cup in. Does he transfer hands? Does he put the cup down with the other hand?

“And you have to remember all of these things for each of the roles, because if you’re in the wrong spot, it throws everyone off. It’s much more difficult than remembering the scene work. It’s almost choreography: dancing, moving through space, knowing where you are.” 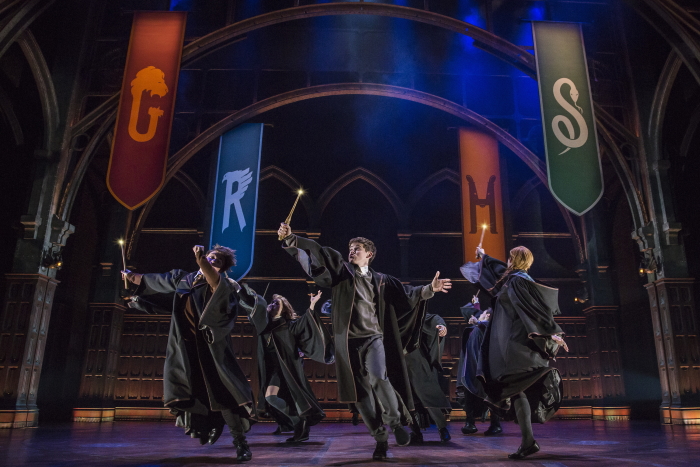 A scene from Harry Potter and the Cursed Child. (Photo by Matthew Murphy)

In addition, “there are so many costume changes — there’s a whole army of people backstage, with baskets of props, racks of clothes, and if you or they aren’t in the right place it can be disastrous. It’s an amazing ballet. There are five or six stage managers, and all of the people — from wigs to carpenters, electricians — everyone is absolutely on it.”

Born and raised in England, Stephens didn’t have to work terribly hard on his British accent. His mother is American, as is his wife, Anna Malinoski Stephens, who played Marian the librarian in The Music Man at the Philipstown Depot Theatre last year. Their young sons, Charlie and Freddie, “know I do a thing called Harry Potter, but don’t know what it is,” he says.

Stephens studied literature, history and American Studies in his university days and didn’t become an actor until after he took classes in London. He visited an older sister in Brooklyn in 2002 and, two years later, with dual citizenship, moved there himself. “I was just starting out in London as an actor, and I thought, why start out twice? I also thought that, with my accent and ability to work here, maybe I’d be a novelty.”

That proved to be the case, although not on stage. Instead, Stephens tapped into voice-over work. “You’re valuable to them with a British accent,” he said. “It took me four or five years before I got a theatrical agent.” 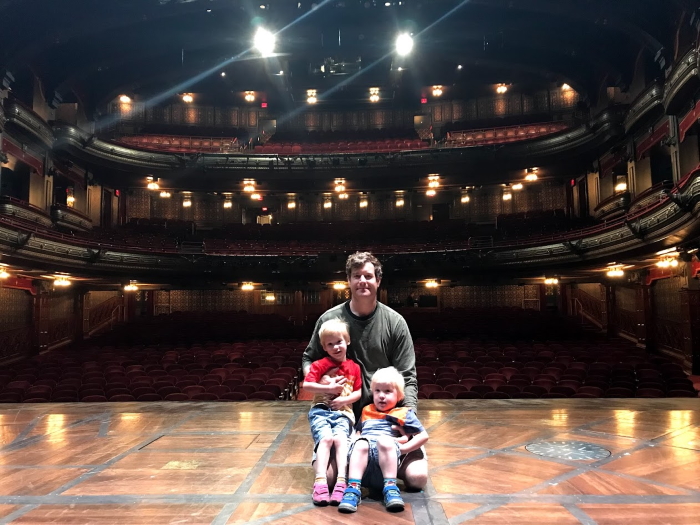 Tom Stephens with his sons, Charlie and Freddie, on stage at the Lyric Theatre, home to Harry Potter and the Cursed Child. (Photo provided)

In 2008, while Stephen was an understudy for an off-Broadway production, a lead actor had to leave and suddenly, Stephens says, “I was doing a play opposite Emily Mortimer and getting my [Actors’] Equity card — it all happened quickly and was kind of strange, in a good way.”

Since then, there’s been another off-Broadway show, Incident, and a mix of television, film, regional theater and commercials. “Like all actors, it’s piecemeal, but the voice-over work has been fairly constant,” Stephens says.

Stephens met his wife at a Christmas party thrown by the agent they shared. The couple moved from Brooklyn to Cold Spring three years ago. “Leaving the city and being somewhere new was a bit of a grip-the-table moment, but our lives changed in a lot of ways right around the time Curious Incident ended,” he says.

Performing in Harry Potter and the Cursed Child “feels more like a special event, rather than just a play,” Stevens says. “The audiences always feel different, but I don’t quite know why that is. Sometimes you can feel them listening, they’re [so] quiet. It isn’t a traditional theater audience. As fans of the books, they see these characters they know and love right in front of them and it’s magical. It’s a dream to be part of it.”