New York State troopers arrested a Mount Kisco man on Wednesday (Oct. 3) on suspicion that he was involved in a fatal hit-and-run accident on Route 9W near West Point two days earlier.

Rene Morataya, 55, was charged with leaving the scene of an incident which resulted in death, a felony. 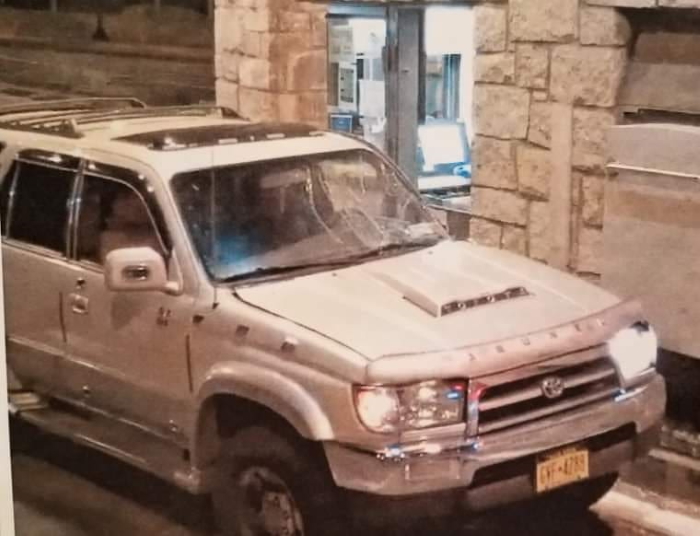 Morataya’s damaged vehicle was photographed at a drive-through. (NYS Police)

Police say the crash occurred on Tuesday (Oct. 1) at about 8:20 p.m. when Morataya, driving a Toyota 4-Runner, attempted to make an illegal U-turn from the northbound to southbound lanes of Route 9W. They said George Guy, 62, of Highland Falls, was also traveling northbound in the passing lane and collided with the driver’s side of the 4-Runner. He was ejected from his motorcycle and died at the scene. After the collision, police said Morataya fled the scene in his heavily-damaged SUV.

Morataya was arrested by troopers in the area of Crompond Road in Cortlandt and arraigned at the Town of Monroe Court before Judge Audra Schwartz, who set bail at $20,000 cash. Morataya was remanded to the custody of the Orange County sheriff.

The state police and the Town of Highlands police were assisted in this investigation by officers from West Point, Westchester County and Peekskill. Anyone who has information about the crash is asked to contact the state police at 845-344-5300 and reference case 9182887.