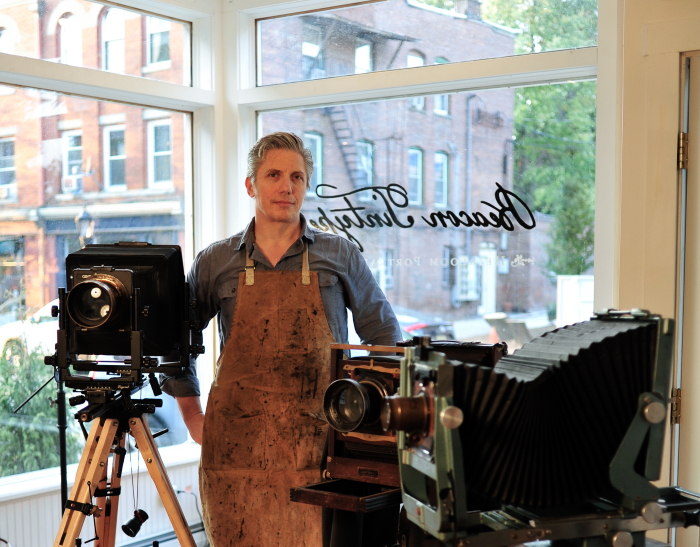 His studio, Beacon Tintype, which opened earlier this year on the west end of Main Street, offers “heirloom portraiture” through a process called wet collodion, invented in 1851 by Frederick Scott Archer, who printed photographic images on pieces of tin.

“It was the follow-up technology after daguerreotypes, and pre-dates silver gelatin printing,” Cohen explains. “You can find tintypes made during the Civil War-era or earlier in antique stores or flea markets that haven’t been treated with care, yet have held up well.”

Cohen, who grew up in Manhattan, says he became interested in photography and filmmaking at a young age, particularly street photography, black-and-white and cityscapes. When digital cameras became standard, he says he found them lacking not because of the quality of their images but the quantity. 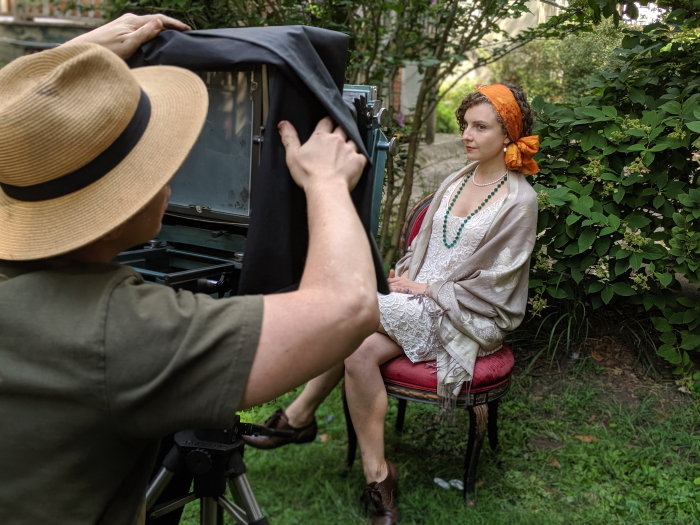 “The more photos I took, the less precious they became,” he says. “These days, we take more photographs in one day than were taken in the entire 20th century. Think about selfies, bursts, more images than ever with our phones. They come to mean less because they’re disposable.”

Cohen returned to using film cameras and “went down the rabbit hole in shooting 35mm, silver-gel darkroom printing. About eight years ago I saw a tintype image, and knew right away I had to learn about it. There’s a haunting quality to them, and one thing I like is that my hand is in every part of the process.”

The photographer’s enthusiasm is evident as he describes that process.

“The [wet-plate] images are made on tin and on glass,” he says. “I coat a tin plate with collodion — I make all the chemistry myself. I soak it in my darkroom in a silver solution, and I make the tin a light-sensitive medium. Then I put it into a large-format film back [a holder], and bring it out into the studio. I compose the image on my large-format camera, then I take the photograph.

“I go back into the darkroom, because I have to develop it before the chemistry dries out. There is just a five-minute window between preparing the plate and developing it, give-or-take a bit when humidity and heat are factors. I then ‘stop’ it in a water bath and the subject can stand with me and watch it develop.

“After fixing the plate, I rinse it thoroughly multiple times, dry it down, then varnish it, to protect it. I box it and it’s ready to go.” 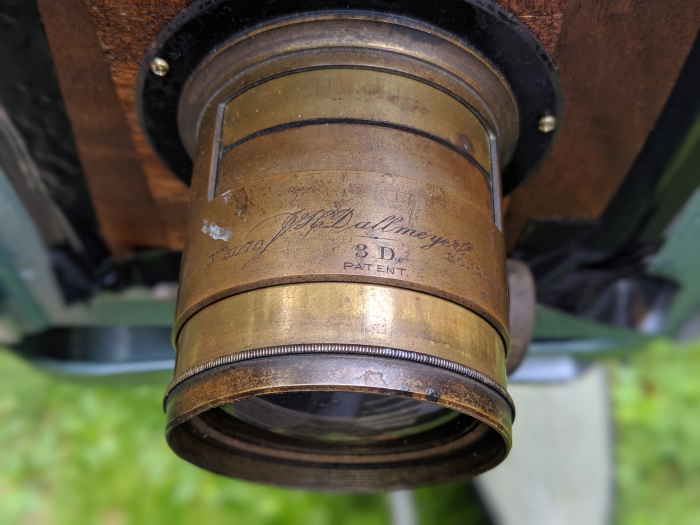 Cohen uses vintage lenses, mostly from the late 19th century. “They differ from modern lenses, which are surgically correct and extremely sharp across the whole film plane,” he explains. Petzval lenses, developed around 1840, are sharp in the center but fade at the edges because of the curvature. “They are more suited for portraits, because there’s a poetic resonance to them,” says Cohen, who had a studio in Newburgh before opening his storefront in Beacon.

“The portraits we make here I expect to last 150 years or more,” he adds. “What’s important is to make something with intention, to leave behind something lasting.”

Cohen shoots both indoor and out. He suggests clients wear classic, simple clothing — he doesn’t typically shoot people in historic costumes. “The studio portraits are more instantaneous because they’re fast, using strobes,” he explains. “Outside we’re in soft, natural light, so exposures can last from 4 to 11 seconds.