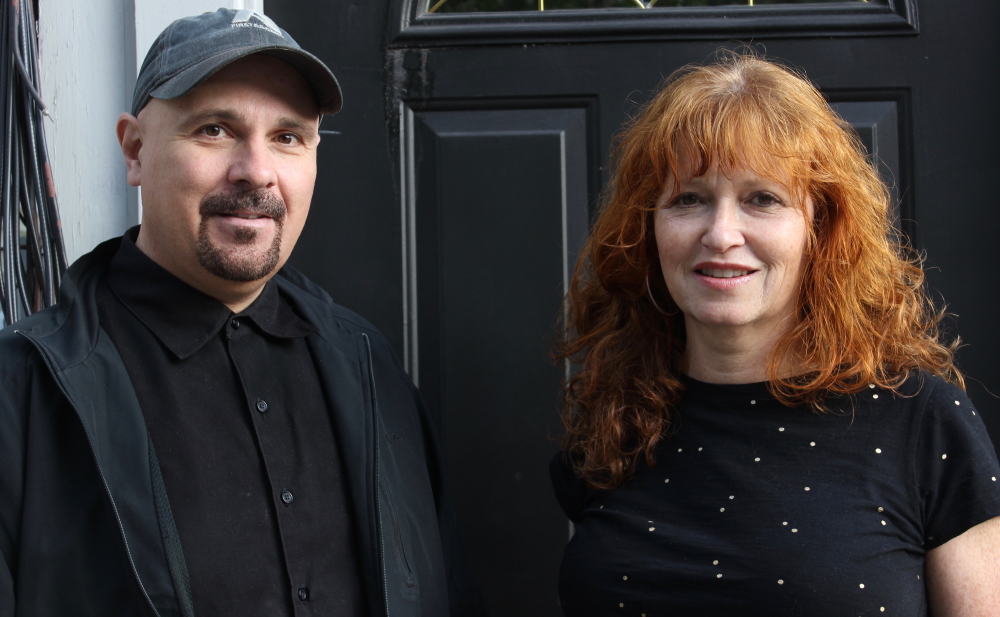 Steve Franchino and Judith Tulloch (Photo by A. Rooney)

A Norwegian Gothic building built to house a library might not be the first place that comes to mind for a Blame it on the Bossa Nova musical masquerade party, but that’s where it will be on Saturday, Oct. 26, when the Judith Tulloch Band returns to the Howland Cultural Center in Beacon for its fourth all-Brazilian set.

The band is Tulloch on vocals and guitar, her husband, Steve Franchino, on flute (the couple met 20 years ago this month at an open mic), Tom Richardson on upright bass and Owen Winter on percussion. The Beacon-based band is booked nearly every weekend all over the Hudson Valley, from tapas bars to clubs such as the Towne Crier and The Falcon in Marlboro, as well as microbreweries. (They particularly enjoy the Gardiner Brewing Co., located in a former dairy barn.)

The Brazilian shows developed, in part, from the regular requests, particularly at weddings and cocktail hours, for “The Girl From Ipanema.” The band folded it into their set list and learned more Brazilian material. “There’s this joy in the melodies and the rhythms are so infectious,” says Tulloch. She initially learned songs by looking up all the Portuguese words in a dictionary and sounding them out, as well as from a Saturday night Brazilian show on WBGO.

For the Howland show, the band plans to “mix the earlier stuff with some contemporary music as well as some reggae, a little cha-cha and, of course, some samba,” Franchino says. “It’s a masquerade — we encourage everyone to bring shakers.”

The band has always played a variety of music. “We can’t lock ourselves into one genre, because we love so many: Latin, Celtic, Peruvian, Indian music,” he says. “We try to make everybody happy.” Tulloch feels they fit best into the “world music” category.

Whatever the sound, Tulloch knows when something is working. “It’s all about audience reaction,” she says. “When we have a good show, everybody is liquid and we’re air, and we’re all connecting. I’m singing like it’s the last song I’m ever going to sing. I’m sweating and everything feels right.” 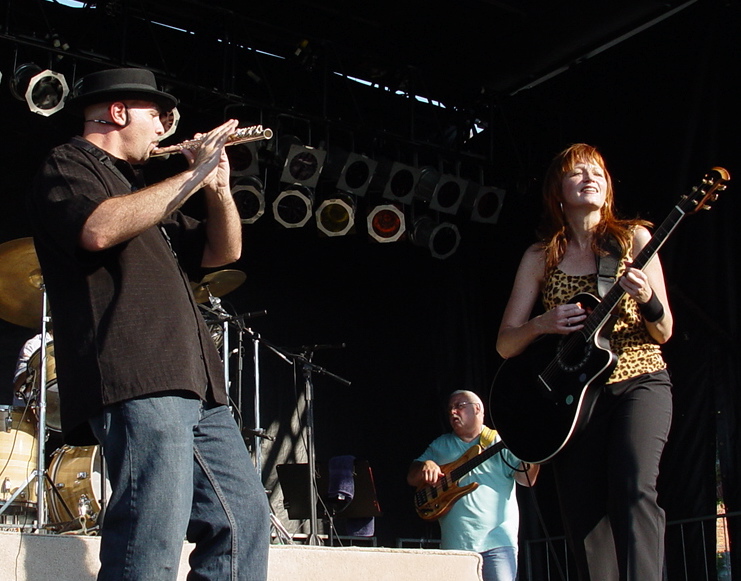 Franchino and Tulloch take their eclectic world mix to the stage. (Photo provided)

Tulloch grew up in Brooklyn and attended Hunter College in Manhattan, where she switched from nursing to music after a professor heard her playing guitar and singing and encouraged her.

“I had music in my soul,” she says. “I didn’t have the greatest natural ability in picking it up, but all I did was play. I practiced everywhere, in stairwells, on the train. I studied classical vocal music and at the same time was working at the 92nd Street YMCA as an artist assistant and later a house manager for one of their spaces.”

She moved to the Hudson Valley in 1989 to teach music and special education — which she still does. “For the first time, I was living in a wooded area, and had to learn how to drive,” she recalls. “I felt cabin fever. I had a piano and a guitar and started writing music and decided that I wanted to perform.”

Franchino grew in New Jersey, where he and his friends started a band “but none of them stuck with their instruments,” he says. A friend who was leaving for college gave him a flute, which he could practice and play on his own. “Once I got that silver flute, it became a hobby and fascination,” he says. “I’ve acquired flutes from around the world; I even sent away to India for a Bansuri flute, and I studied the ragas.”

Franchino also moved to the Hudson Valley in 1989, to work at an organic farm (and later IBM), but the couple didn’t get to know each other for another decade. “If I had stayed in New Jersey, I don’t know if I would have become a musician,” Franchino says. “Everything is hard rock and I outgrew that fast.”

The couple relocated to Beacon nine years ago. “What I love is there’s very little competition; everyone supports each other,” Tulloch says. “We’re happy to be around the artists and poets, too.”

Tickets are $10 at brownpapertickets.com or $15 at the door. Bring or wear a mask. The Howland Cultural Center is located at 477 Main St. Snacks will be provided and wine and beer will be available.