School was canceled for a day in Nelsonville after two days of rain left a lake from the schoolhouse steps on Secor Street to Main. West Street and the docks were also submerged, the Foundry Brook in Mollysville ran across the turnpike and torrents of water at Breakneck destroyed thousands of bricks in the yards below.

An intoxicated train passenger died when he fell between two cars near the mouth of Beverly Brook. He had boarded at Peekskill with a ticket to Fishkill and was asked by the conductor to go to the smoking car. On his way he apparently encountered a locked or jammed door and slipped while struggling with it.

The rain extinguished a fire in a gorge on the Breakneck side of Bull Hill.

Salutes were fired at West Point at sunrise, noon and sunset following the death of former President Franklin Pierce on Oct. 8 of cirrhosis of the liver. 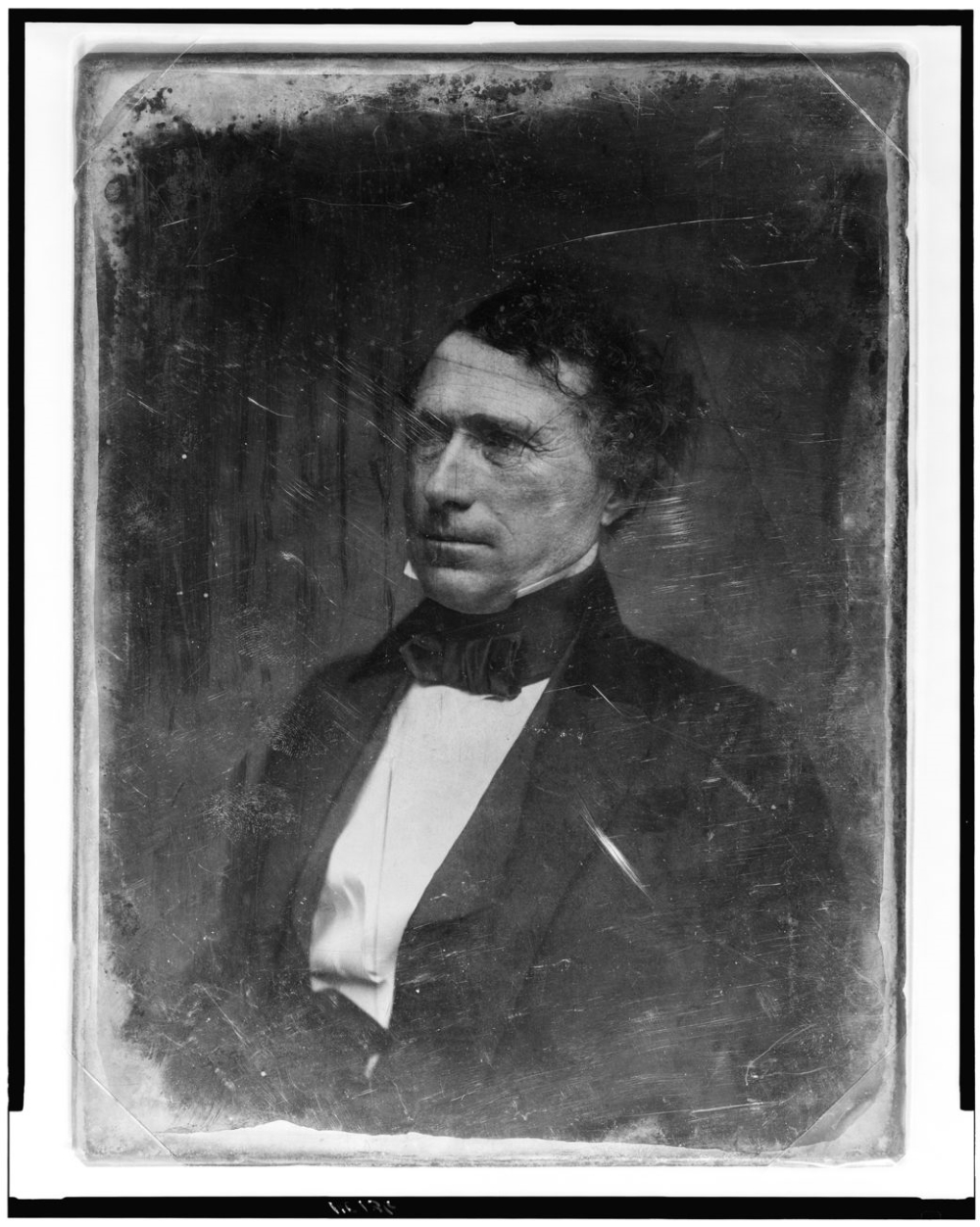 West Point saluted Franklin Pierce at his death in 1869, but many historians consider him one of the most ineffective presidents. (Photo by Mathew Brady)

Michael Kinsella, 7, of Market Street, died after he was struck in the legs by the fender of an express train and thrown against a pile of timber.

The first “snow” fell in Cold Spring from the top of the Atlantic Express train, which apparently had passed through a storm to the north and west.

The stained-glass windows were installed at the new Methodist Church.

A. Jaycox, while bringing a load of hay to the village, turned too short on Furnace Street near Martin’s Shoe Store and spilled the load into the street. The baker wagon of Mr. Dore also spilled a barrel of fresh loaves during a sharp turn.

A state game protection agent visited Cold Spring to arrest the son of John Denna, who he claimed had illegally trapped three partridges.

Hon. W.H. Ladue was “touched” for $15 on the train or at Danbury Fair. He was carrying the cash in an envelope in his inside coat pocket.

Capt. Henry Metcalfe was named the first president of the newly formed Cold Spring Village Improvement Association. Its initial order of business was to meet with the vestry of St. Mary’s Episcopal Church to discuss adding walks, flowerbeds and settees under the shade trees on its grounds. However, it was discovered that, according to the deed of gift from Robert Parrott to the church, the grounds could only be used for church purposes.

One hundred and thirty-seven “Chinamen” were passengers aboard a Central Hudson express train on their way to San Francisco to take a steamer home to fight against Japan.

Martha Squire of Nelsonville celebrated her 100th birthday. She was born in Pound Ridge on Oct. 11, 1794, and had 10 children, 17 grandchildren, 19 great-grandchildren and three great-great grandchildren. She noted her family had only three deaths in the previous century (her husband and two of their children). The Kemble Cornet Band gave her a serenade.

Eugene Staff of Continentalville had 18 chickens stolen and traced them to a hut on Cat Hill, but the thief, a stranger, escaped.

A boatload of manure from New Jersey docked in Garrison caused a stink.

Thomas Cronin complained to Justice Nelson that a dog owned by Charles Hanyen was vicious, so the judge ordered the dog shot.

Police received a complaint about the foul language being used by young men who gathered in the evenings at the corner of Kemble and Main.

The state commissioners who visited Cold Spring in August to consider it as a site for a new veterans’ home instead chose Oxford, in Chenango County.

A farmer’s wife in Purdytown, about 10 miles from Cold Spring, hanged herself from a rafter in the hay mow. Hannah Smith, 34, was “a victim of melancholia brought on by a disease of longstanding,” according to the Recorder. She left a note for her husband that read, “God have mercy on my soul.”

A horse belonging to Mr. and Mrs. Charles Hanyen took fright at a donkey on the Garrison road and the wagon carrying the couple and their son collided with a telephone [telegraph] pole, breaking the boy’s leg. 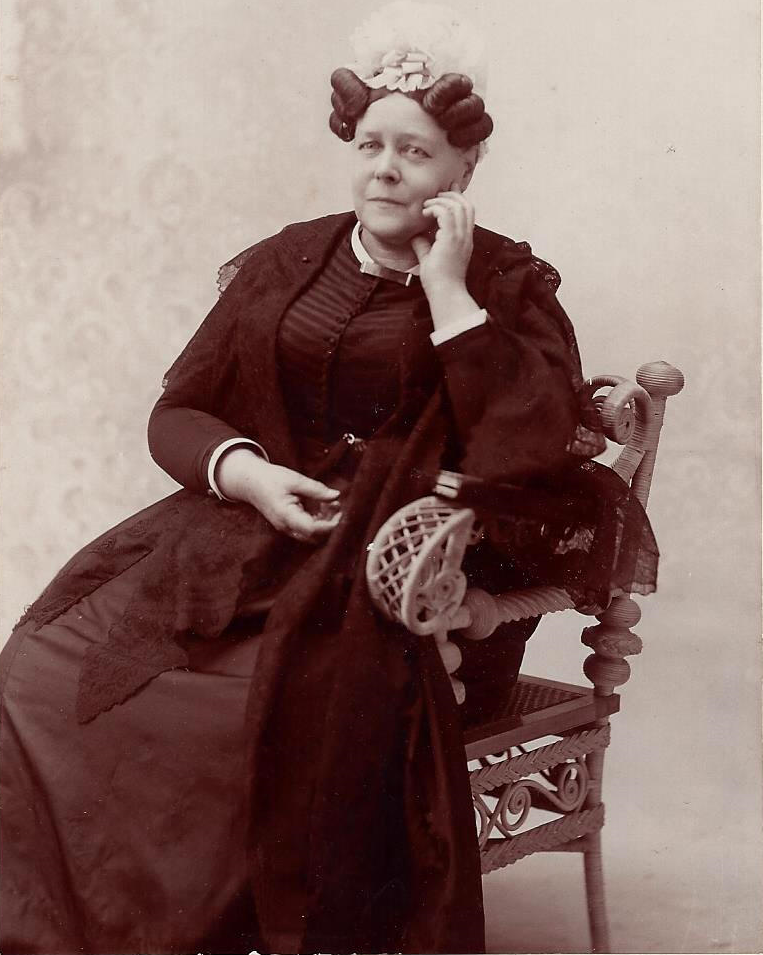 David Forson of the firm of Forson and Ross sued the Newburgh Board of Education because it would not allow his children to attend school until they were vaccinated.

Boys in the village celebrated Halloween by throwing cabbage stalks at front doors and removing gates.

Whomever removed the spoons from the Knights of Columbus was asked to return them, no questions asked.

John Riggs, a lifelong resident of Nelsonville who was for decades its postmaster and justice of the peace, died at age 75.

A group of women met at the Philipstown Town Hall to hear a speaker from the National Woman Suffrage Association. She told those assembled: “The state was like a man who had always had two legs and only used one.” She advised the women, when they voted, to carefully make the X in the center of the box, to prevent the ballot from being thrown out.

Charles Traver announced he had taken ownership of William Brewer’s blacksmith shop in East Nelsonville and would offer horseshoeing and wagon-making as well as automobile supplies such as gasoline, oil and grease. 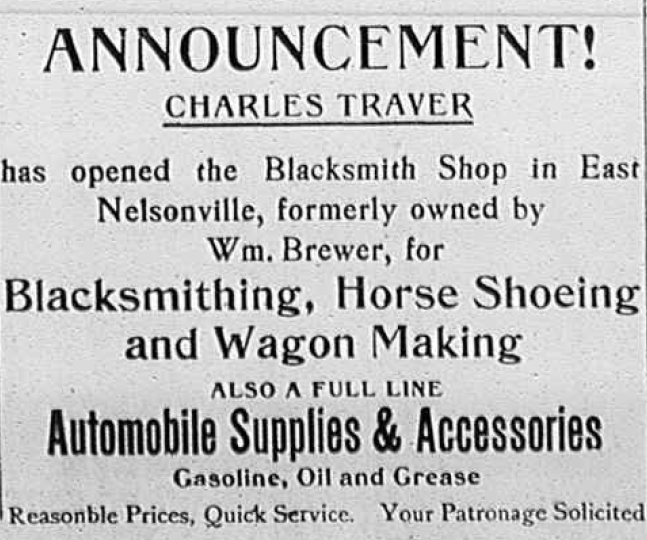 Charles Traver could shoe your horse or fill your tank.

After a Peekskill high school football team defeated Haldane, 24-0, the Recorder offered: “It is most evident that the locals are in need of considerable practice.”

A committee proposed constructing a Soldiers’ Memorial Building on the site of the Philipstown Town Hall with an 800-seat auditorium. It noted “the present Town Hall, as everybody knows, is inconvenient, unsanitary and dangerous.”

Twelve members of the local Men’s Association attended a dinner, at Mount Beacon, of Men’s Clubs from Dutchess County. The speaker was Franklin D. Roosevelt, assistant secretary of the Navy.

Edward Monroe, 56, a painter and former Nelsonville resident, was held in special custody at the Hudson River State Hospital in Poughkeepsie after being accused of killing another patient by bashing him over the head with the arm of a chair. He said the man had “bothered him.”

The Lions Club signed a “hillbilly” orchestra from Westchester called the Dandee Doodlers to perform at its annual barn dance at Haldane Central School.

Rita (Nolan) Gilman of Church Street was informed by telegram that her husband, Arthur, had been killed in action. Before being inducted, he worked at the Harmon shops for New York Central Railroad.

Mr. and Mrs. Webster Warren of Nelsonville received word that their son, Arthur, had been wounded in action in Italy.

SEEING THE SIGHTS — Thirty Hudson River postcards dating to the early 1900s from the collection of Barry Ross of Garrison will be on display at the Desmond-Fish Library through Nov. 2. Here, a steamboat cruises past Breakneck. In 1902, Day Line cruises recorded 266,504 passengers; by 1925, the total had grown to nearly 2 million. 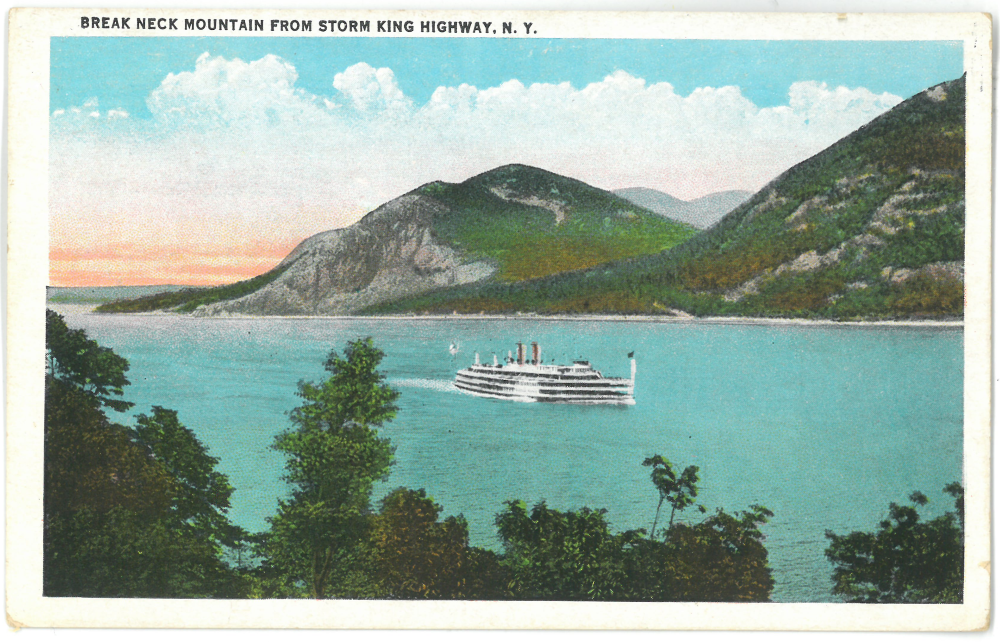 After several months of preparation, the Nelsonville Village Board approved hiring a consulting firm to study the feasibility of installing a sewer system.

Mrs. Francis Dale of Cold Spring presented a bronze memorial plaque to the Constitution Island Association for its Anna B. Warner Memorial Garden.

Clarence Post gave the Putnam County Historical Society [now the Putnam History Museum] his father’s boyhood diaries, kept from 1884 to 1888, recording happenings and the weather on the Garrison farm where he grew up. In one entry, Fred Post recalled skating over the frozen Hudson to deliver mail to West Point.

Pegi Pearson, in a letter to the editor of the News and Recorder, said the Haldane Student Council had been right to host an assembly with speakers discussing opposing views of the Vietnam war, and that the school had been right not to discipline students who wore black armbands. She scolded another writer, Homer Jaycox, who had labeled the students “red fascists.”

The New York Times ran a story about Cold Spring that included praise for Constitution Marsh. The next day, more than 75 cars lined both sides of narrow Indian Brook Road and some 300 visitors crowded into the Visitors’ Center, taking every handout and exhausting the toilet-paper supply. Staff spent the next two days turning people away and Audubon closed the marsh for the remainder of the season.

The Desmond-Fish Library appointed Polly Townsend, a Garrison native who had just earned a master’s degree in English Literature from the University of New Hampshire, as its children’s librarian.

Catherine Portman-Laux of Garrison was certified as an independent candidate for the congressional district that included Philipstown. Her campaign slogan was “ax taxes” and she described herself as “American first, anti-socialism and anti-world government.” The seat was held by Rep. Hamilton Fish, who was retiring. His son, Hamilton Fish Jr., was the Democratic candidate, and Sue Kelly held the Republican line.

First responders from 10 agencies searched Breakneck for a Scarsdale boy who became separated from his parents; he was found by other hikers, who brought him out of the woods near Lake Surprise Camp.

Madeline Klehr-Keyes, a first grader at the Garrison School, was recognized for her honesty when she found money on the playground and brought it to the office.

A Beacon man whose license had been revoked for driving while intoxicated was arrested when he drove his car into the curb outside Butterfield Hospital. When the suspect’s cuffs were removed at the Cold Spring police station for fingerprinting, he tried to make a run for it out the front door.