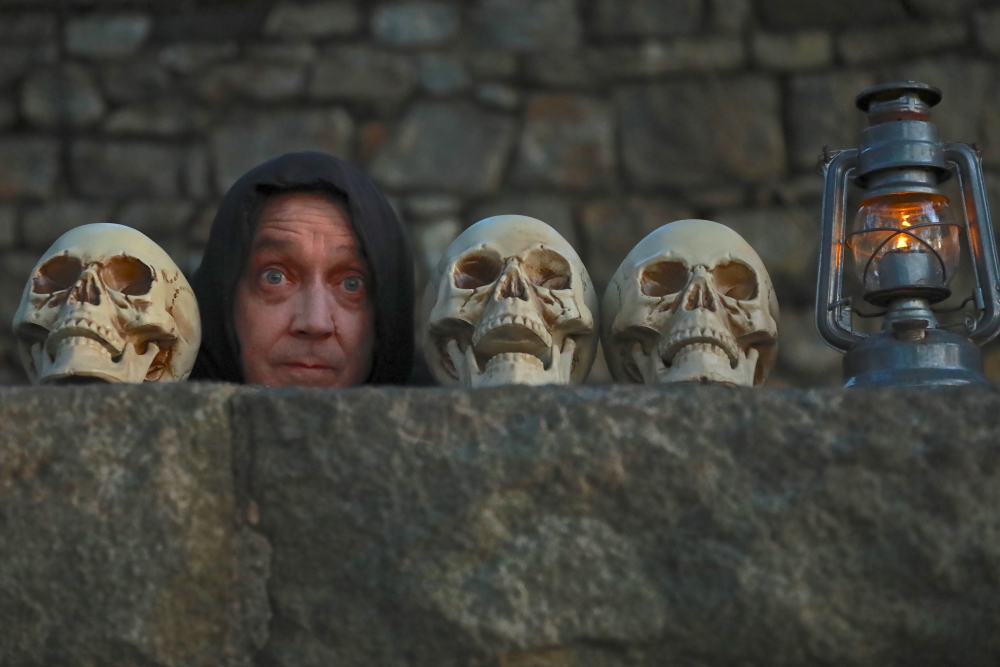 Is Mel Brooks politically correct? Probably not. See the Native American stereotypes in Blazing Saddles. See the mental-hospital patients in High Anxiety. When deciding to mount — a word Brooks would no doubt approve of — the 2007 musical adaptation of the comedian’s 1974 film, Young Frankenstein, the producers at Philipstown Depot Theatre knew they would encounter material that might not be to everyone’s taste. But director Nancy Swann said they decided that people at the moment are likely in need of a few hearty guffaws.

In their re-jiggering of the oft-told tale of Dr. Frankenstein and his creation, Brooks and co-writer Gene Wilder poked fun at, and with, a hunchback, a buxom blond, a blind man, a prodigiously endowed monster, gypsies, a Naziesque inspector and a frigid fiancée. There’s physical humor, such as a blind hermit pouring soup on the monster, walking into a frying pan and nearly burning the monster’s finger, thinking it’s a cigar. There’s ogling humor, as in this dialogue:

Inga: I have a master’s degree in laboratory science from Heidelberg Junior College. I can fulfill all your needs. I’m a very hard worker and, if necessary, I’ll even bend over backward for you… Have you thought of any vays you could use me?
Frederick: Two, and I’m working on a third.
Inga: (shrieking): Oh, good! Does zat mean I’m hired?
Frederick: Well, a huge part of me is pointing in that direction.

And then there’s, well — this eternal staple of the genre:

Frederick: As the tininess of human parts were a great hindrance to the speed of my work, I decided, therefore, to make the creature of gigantic stature.
Inga: In uzzer vords, doctor, his feet, his hands, his organs vould all have to be of a great size.
Frederick: Exactly.
Inga: He vould have an enormous schwanzstucker.
Frederick: That goes without saying.
Inga: Woof.
Igor: He’s going to be very popular.

The musical numbers offer no respite from the double and triple entendres.

Swann says she did make a few concessions to contemporary considerations but otherwise will forge ahead. “When the show was suggested, I went back and watched the movie,” she says. “I always felt it was Brooks’ best piece, the most developed and honest, and not into just that sophomoric side like you see in a movie such as Spaceballs. The broadest humor comes in the musical numbers, and that’s where it expands from the film.”

Though Swann has “encouraged everyone to go big” stylistically, they “still have to be honest in their character; it can’t be a caricature. The tender moments are still there — it’s not all razzmatazz. You have to believe these people would exist. If it gets too broad, you lose the empathy of the audience. You can’t give them time to think, Oh, is it funny?”

The set was designed by Chris Novak. “It has all sorts of tricks — I can’t give them away,” Swann says. “He’s also created projections, which help with quick transitions. There are electric doors designed by Jim Polk, too.”

Young Frankenstein opens on Halloween, Oct. 31, and runs Thursdays, Fridays and Saturdays plus a Sunday matinee through Nov. 17. Tickets are $25 ($20 for seniors and students), or $20 for Thursday shows. See brownpapertickets.com.