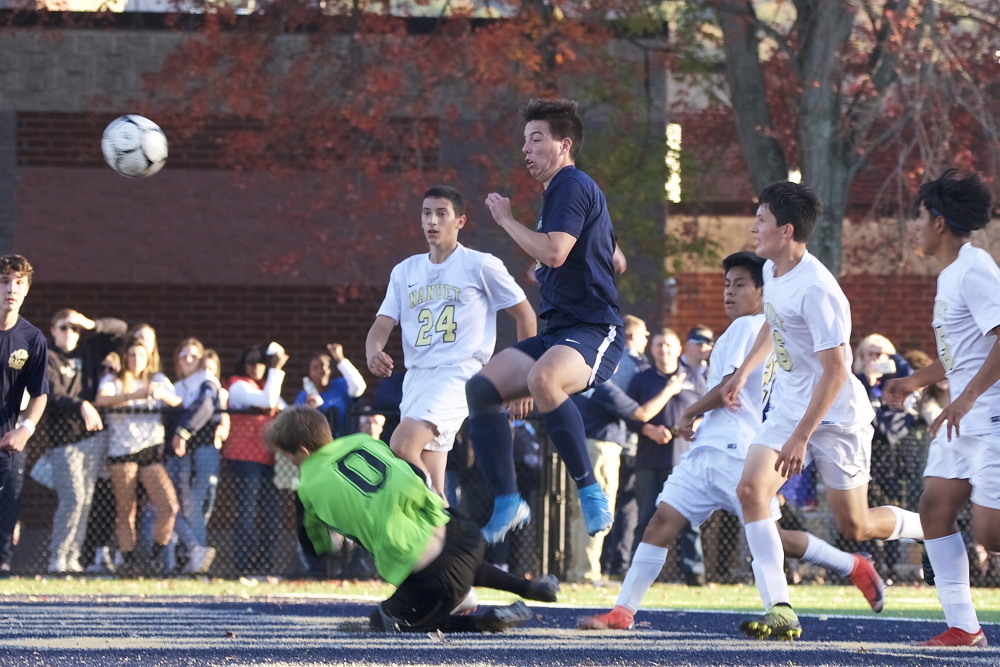 The Beacon High School boys’ soccer team, seeded No. 7 in the Section 1, Class A state tournament, played second-seeded Pearl River (16-1-1) tough on Oct. 26 but saw their season come to an abrupt end when the Tigers scored with 1:48 remaining for a 1-0 victory.

The Bulldogs, who finished 10-4-3, had reached the quarterfinal game by defeating No. 10 Nanuet, 2-0, on Oct. 24 at home. Regan LaDue and Chase Green scored, and Tommy Franks delivered both assists. 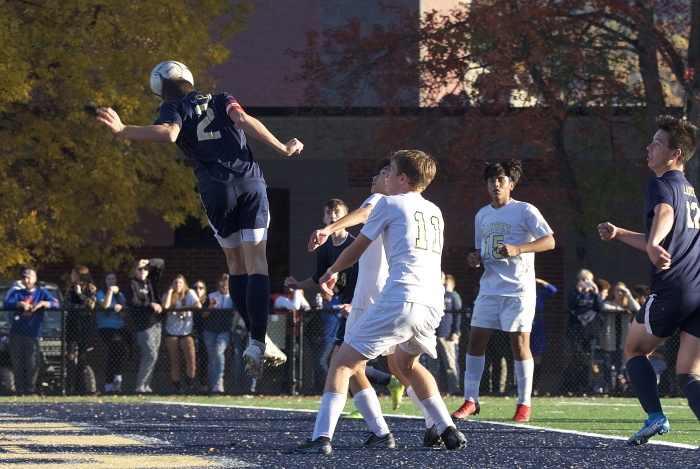 Chase Green (2) heads home one of Beacon’s two goals in the win over Nanuet. (Photo by S. Pearlman)

“We battled adversity all season, losing several key players for long stretches due to injuries,” said Coach Craig Seaman. “We also lost our top three goal-scorers for the postseason.”

But he noted that the Bulldogs’ defense “was brilliant all season, giving up only 14 goals in 17 games — led by Carter Pedersen, Shane Green, Carter Hull and keeper AJ Lucas. We have 17 players returning next year, so the future looks bright.”

In the Section 1, Class C tournament, despite being outplayed by No. 1 seed Alexander Hamilton in the first half on Oct. 30, the No. 4 Haldane boys found themselves trailing by just a goal. 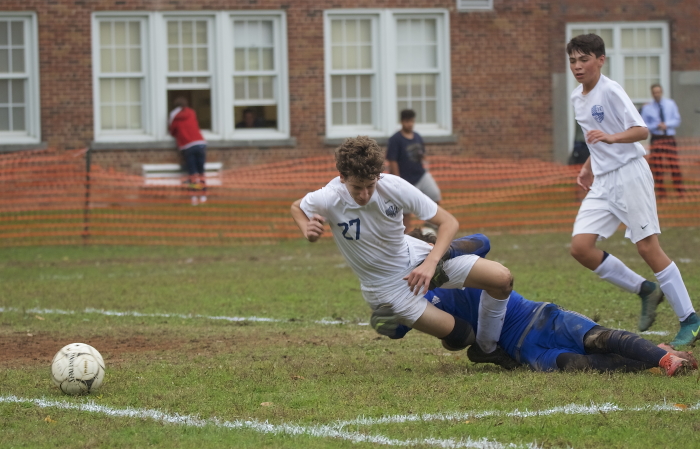 After Haldane’s Frank Bentkowski (27) was tackled by the Hamilton keeper, the Blue Devils failed to convert on the penalty kick. (Photo by S. Pearlman)

After Haldane’s Frank Bentkowski was tackled by the Hamilton goalie in the box, the Blue Devils had a chance to even the score but the penalty kick banged off the left post. Other than that, the opportunities were few and far between, and the team fought to keep the Raiders away from its net for most of the game.

Hamilton (13-4) notched a second goal to earn a 2-0 victory and a date with No. 3 Leffell School (formerly Solomon Schechter) for Saturday’s sectional final. (There are four Class C schools in Section 1.) Haldane finished its season 2-13-1. 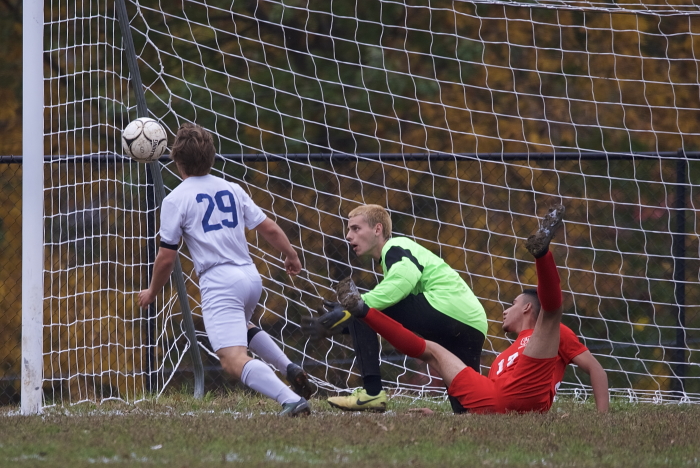 Haldane keeper Ben McPherson prepares to make one of his 15 saves against Hamilton. No. 29 is Jesse Sherman. (Photo by S. Pearlman)

Haldane’s defense was under near-constant pressure, and senior keeper Ben McPherson faced incoming fire throughout the game, finishing with 15 saves.

“We hung in as long as we could, but the better team won,” said Coach Craig Canavan. “I thought we defended well and fought hard.”

Despite the loss, he said McPherson had a great game. By contrast, he noted that a year ago, when Haldane faced Hamilton in the same semifinal match-up, the Blue Devils were behind 3-0 after 15 minutes and lost 6-0.