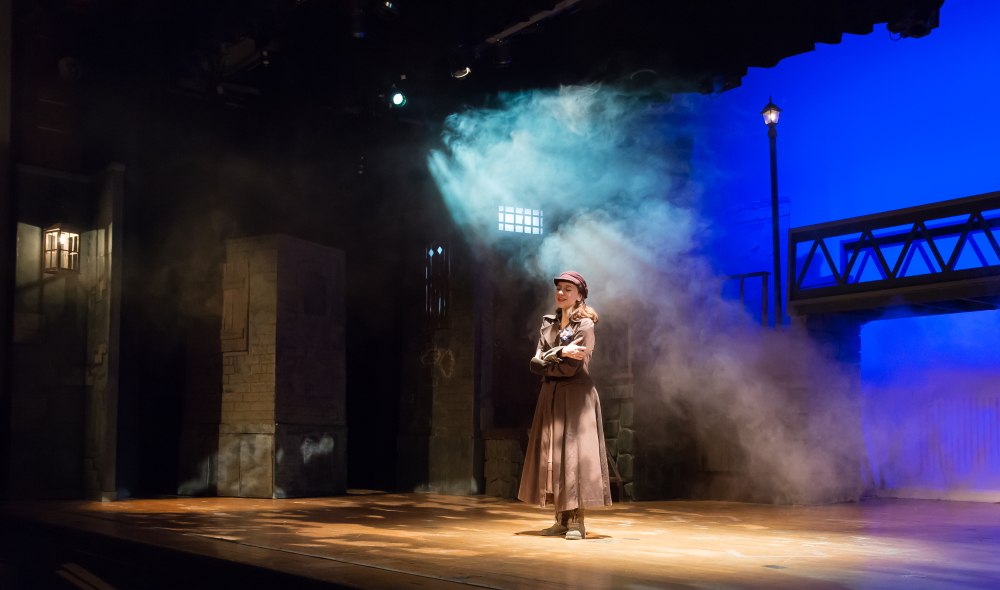 Quinn McDonald was having a nerve-wracking moment in a nerve-wracking evening. One piece of the set was stuck on another piece of a set in the middle of a show and she had to wait for a loud moment to start a drill to disengage it.

Not that she was upset. McDonald, a senior at Haldane High School in Cold Spring who is the lighting designer and technical whiz for the drama program, loves such challenges. She just doesn’t want the audience to ever see the glitches. 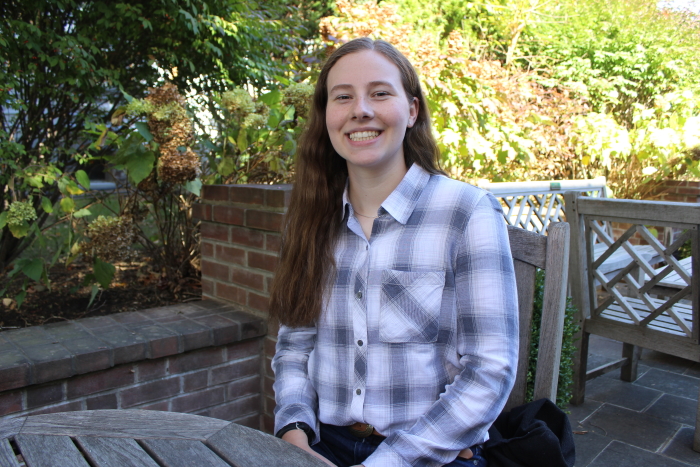 Quinn McDonald (Photo by A. Rooney)

McDonald, who has been behind the scenes for Haldane Drama since the seventh grade, is presently designing the lighting for its production of The Laramie Project on Dec. 6 and 7. Her first show working the lights was Pride and Prejudice in 2016, and she says her greatest challenge was The Curious Incident of the Dog in the Night-Time in 2017, which was effectively set on a grid with extensive lighting and video cues. (McDonald also served as stage manager.)

“When we start a show, I like to research what other people have done with it,” she says. “It’s hard to craft design until you see the set, its colors and the colors of the costumes; sometimes you have to change your original concept. You have to think about what those colors’ connotations are. You have to consider what you and the director want the audience to feel and figure out how to translate that into your design. It’s a puzzle between you, the scenic designer and the director.” 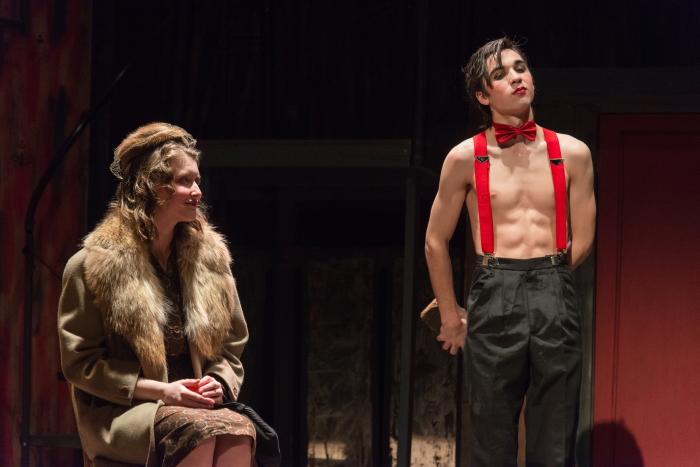 A scene from Cabaret with Roisin Daly and Justin Roffman, and lighting design by Quinn McDonald (Photo by Damian McDonald)

Every performance is fraught with potential disasters. “Missing cues is a big one,” she says. “We’re up in the booth trying to find out where we are, how we can stay or get back on track, and, at the same time, figuring out how we can make it look seamless.”

Props also go missing, microphones stop working, projections don’t cooperate, an actor isn’t where he or she needs to be, the timing is off. “The audience may not know, but you know and everyone else around the show knows — that’s stressful,” she says, “although I kind of enjoy the crises. We persevere. Sometimes even the people in the show don’t notice, and that’s a triumph.”

McDonald says she gravitated behind the scenes because of her father, Damian, who for years has volunteered with the theater program as a technical director. Martha Mechalakos, who runs Haldane Drama, recalls noticing Quinn long before she entered middle school. 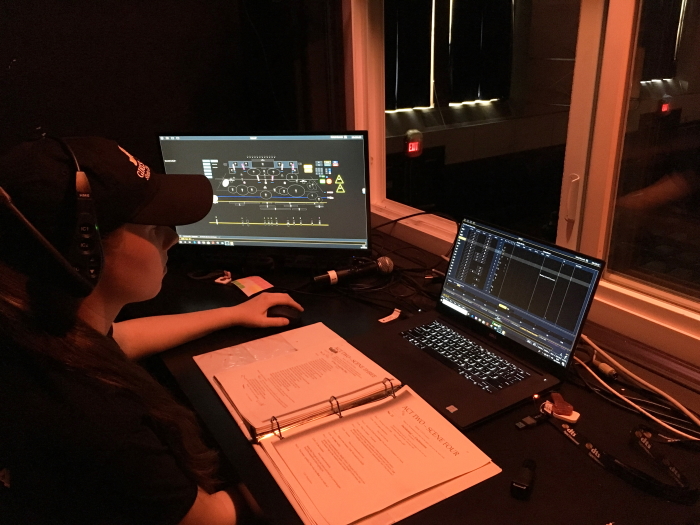 “I have a distinct memory of her from as early as the first grade, following the technical director — her father — around the stage, watching, observing and absorbing,” she says. “Quinn’s work ethic and focus have always been particularly keen.”

The senior brings “perhaps the best gift that any technical person can offer: peace of mind,” says Mechalakos. “She’s a mature, driven, renaissance woman of the theater.”

It didn’t start out that way. Because she had multiple interests, including soccer, McDonald wasn’t immediately smitten with production work. “I always saw myself doing something with my hands, but it could have been anything,” she says.

Four years ago, when she was in the eighth grade, she began to concentrate on lighting design with a production of Sweeney Todd. “It was a complex design involving hundreds of cues,” recalls Mechalakos. McDonald says she loved “that you can have such an influence on the audience without them noticing it. Lighting subconsciously influences people. When it’s done well, people don’t notice.”

At times, McDonald was the only female on the tech crew, and she wishes that would change. “There are fewer women than I’d like, even in the professional world,” she says. “At Haldane, I look around and think of girls who might be interested. But it’s a male-dominated field and girls don’t necessarily want to be seen as a ‘nerd.’ ”

McDonald plans to study theatrical lighting in college and is looking at schools with conservatory programs. “I want something where you can be hands-on right from the start,” she says. “I’m moving toward more complex designs and I’m outgrowing our booth [at Haldane] with my designs, so now I’m using a laptop with software used on Broadway.”

McDonald says she never aspired to be on stage. “I don’t like the spotlight — unless I’m operating it!” she says, laughing. “Even going out for bows, I’m like: ‘Can we not?’ ”