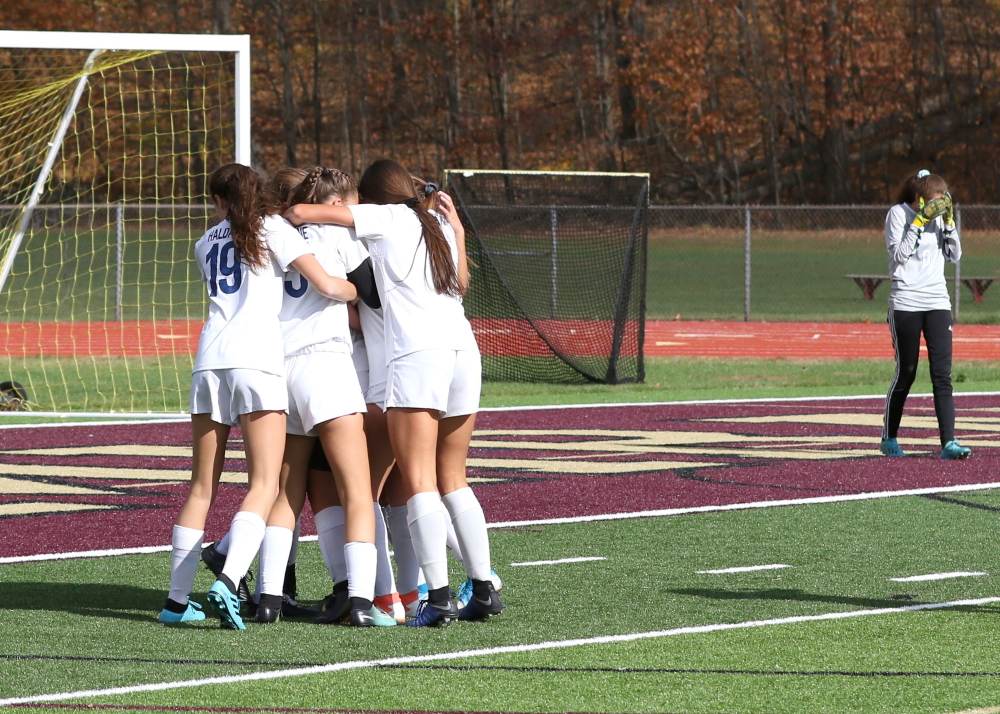 Haldane players hug Chloe Rowe after she scored her second goal and the Blue Devils took a 2-1 lead. (Photo by Scott Warren) 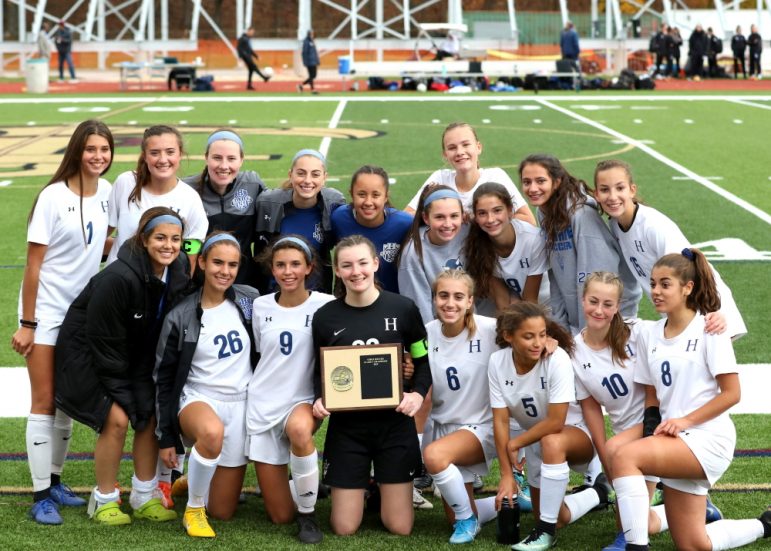 Haldane will face Section 9 champion S.S. Seward on Tuesday, Nov. 5, at 4 p.m. at Middletown High School in a game that will be broadcast online on the NFHS Network (nfhsnetwork.com).

Seward needed two overtimes and two “golden-goal” periods (in which the game ends on a goal) on Oct. 30 before winning the Section 9 title on penalty kicks against Millbrook, the two-time defending champs.

The Haldane-Seward winner will advance to the Class C final four on Nov. 16 at Cortland High School.

The Blue Devils (17-4) will face Shelter Island at 4 p.m. on Wednesday, Nov. 6, at Greenport High School on Long Island in a regional semifinal. Haldane won the Class D sectional from 2004 to 2015 before spending the past three seasons competing in Class C.