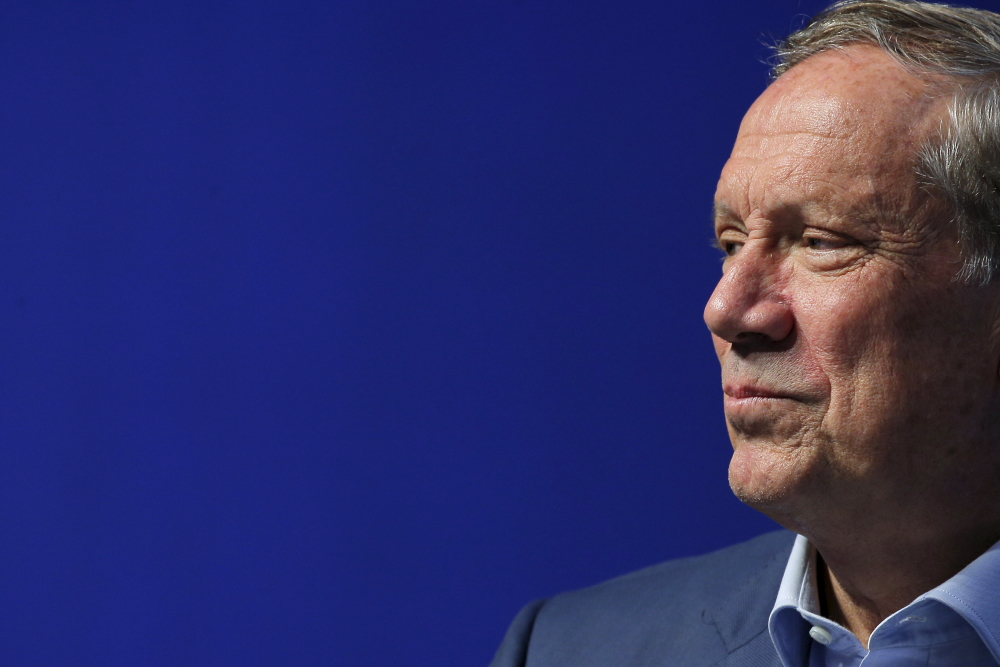 In 1994, when you were a first-term state senator, you challenged Mario Cuomo, the three-term Democratic incumbent. Can you admit now to any doubts that you had a chance?

The only time I had doubts was after Rudy Giuliani, the newly elected mayor of New York City, endorsed Cuomo. To have a Republican mayor in his honeymoon period say this other Republican whom you don’t know is a horrible guy, we took a huge nosedive.

You remained in Garrison rather than move to the governor’s mansion. Why was that?
We had four kids — one was at O’Neill High School and three at the Garrison School — and Libby and I thought if we moved to Albany they would be known as “the governor’s kids” instead of the boy who played second base or the girl who was into Odyssey of the Mind. It was tough for Libby and me but the right decision for us as a family.

You served three terms. Does one accomplishment stand out? One disappointment?
Emotionally, what means the most was the creation of NYS-Cares, which I doubt that 10 of your readers have heard of. Growing up, I remember a couple that we used to see at the [family] farm [in Peekskill] whose child was developmentally disabled. I remember thinking, what’s going to happen when his parents are too old to care for him? We worked with advocates to create independent housing for developmentally disabled children when they turn 18 or 19. With their parents’ consent, they get their own room [in a group home] and can live independently, with help. It is what government should do, which is care for the most vulnerable.

For a disappointment, I am furious every time I take Amtrak out of Penn, which is probably the worst train station in America, because during my last two years as governor we had the funding in place and everyone signed off to move it to the magnificent post office building and create a gateway to the city. It was blocked by [Democratic Assembly Speaker] Sheldon Silver because he had a corrupt deal with one of the major property owners who didn’t want the station moved.

When you ran for president in 2016, you had harsh words for Donald Trump, saying you thought he would “drive the Republicans off a cliff,” although you later said you hoped he was successful. Where are you now, psychologically?

I hope every American president is successful, from Jimmy Carter to Donald Trump, because I want the country to do well. On the other hand, character matters as an individual and a leader, so those reservations still are quite present.

Had you become president, what chief issue would you have approached differently than President Trump?

The environment. I find it distressing that the administration is rolling back protections. With climate change, in 2005 we created a regional greenhouse gas initiative and eight states signed on. I thought it could have been a model. I’m still optimistic because of the technology. I was just reading about an artificial leaf that takes carbon dioxide out of the atmosphere and converts it to fuel. We can change the way we do agriculture so it releases less CO2. We can develop far more advanced battery storage so that wind and solar aren’t intermittent power sources. But we have to do it in way that creates opportunity and a global solution instead of just something we can pat ourselves on the back about.