The Haldane High School girls’ soccer and volleyball teams advanced last week in each team’s quest for a state title.

In the sectional title game at Arlington High School, The Leffell School (formerly Solomon Schechter) from Hartsdale had a 1-0 lead at halftime, but the Blue Devils scored three goals in the second half to put it away. 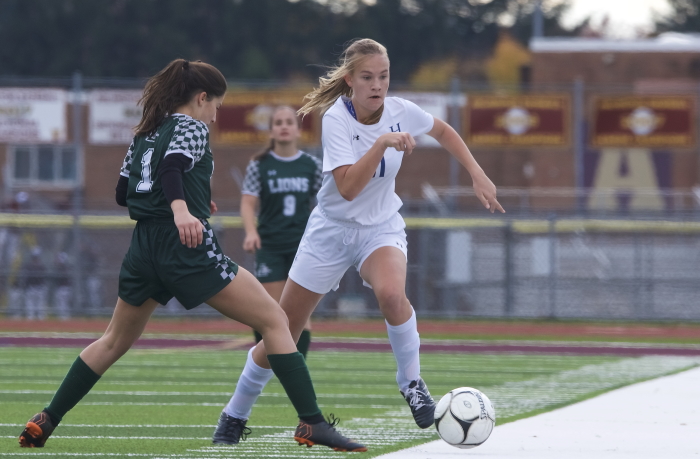 That sent the Blue Devils to the regional final against S.S. Seward (12-2) of Florida, New York, on Nov. 5, where after two 10-minute overtimes and two five-minute “golden goal” periods in which the first score ends the game, the score was still knotted at 0-0. Five players from each team then shot penalty kicks. With each team having missed one shot, Seward’s final shot was high, and Haldane advanced.

Haldane has advanced to the state final four three times, losing in the 2013 finals and in the semifinal last year. The team won a state championship in 2014, beating Lansing, 1-0. 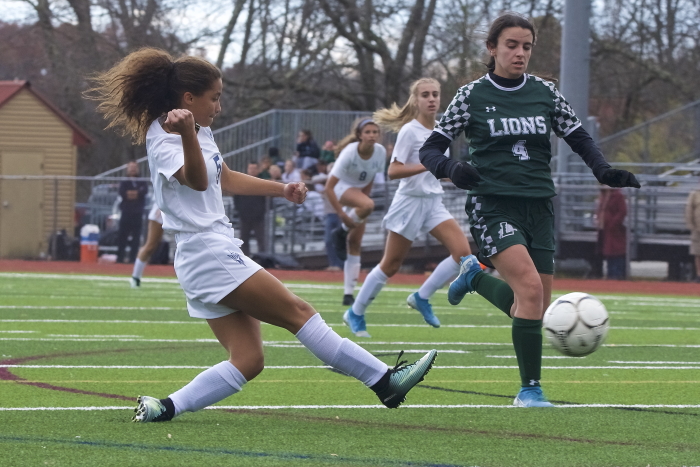 “We had a bunch of chances” to score against Seward, said Coach Steve Schweikhart. “We just couldn’t get one past (keeper Katie) Mulhare.”

In the penalty kick shootout, Haldane got scores from Liv Villella, Jade Villella, Bela Monteleone and Sara Ferriera. “They showed a lot of poise and mental toughness,” Schweikhart said. “They had just exhausted themselves for 110 minutes, and were facing incredible pressure knowing the entire season was on the line.” Haldane keeper Abigail Platt had six saves and also blocked Seward’s fourth penalty kick.

The coach also credited the defense of Mazzie Maxwell, Ella Ashburn, Jade Villella and Bianca Harmincin against a team that had scored 84 goals during the season. 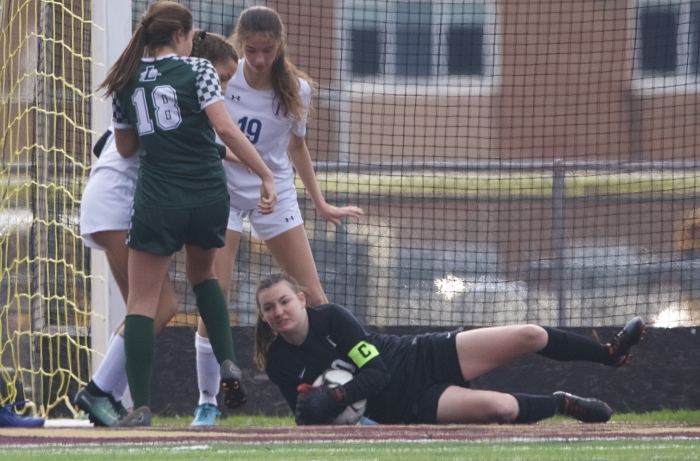 In Haldane’s sectional final win over The Leffell School, Chloe Rowe delivered the game-tying score less than two minutes into the second half, finishing a Monteleone corner kick. She also delivered the game-winner with 10:11 remaining, gaining control of a ball the keeper couldn’t reach. Liv Villella added an insurance goal five minutes later, assisted by Monteleone.

“The quick goal in the second got us going,” Schweikhart said. “We became more assertive.”

Haldane had defeated the Unicorns in three games a few weeks earlier, and it looked like Flaherty’s team might be overconfident. The team won the first game, 25-18, but lost the second, 25-19.

“We came out a little slow,” Flaherty said. “It was a learning experience. We can’t take anything for granted.” 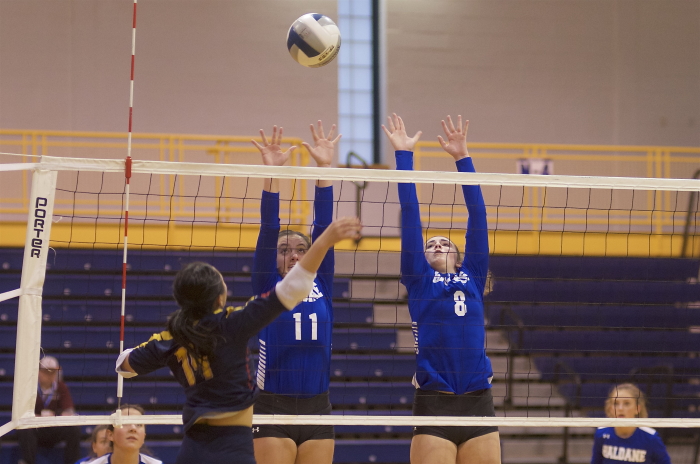 Haldane went on to pummel the Unicorns, 25-9, in the third and rolled to a 25-17 win in the fourth to earn their second title in three years — it won the Class C trophy in 2017.

Grace Tomann and Melissa Rodino each had 12 kills for Haldane, and Olivia Monteleone added 10. 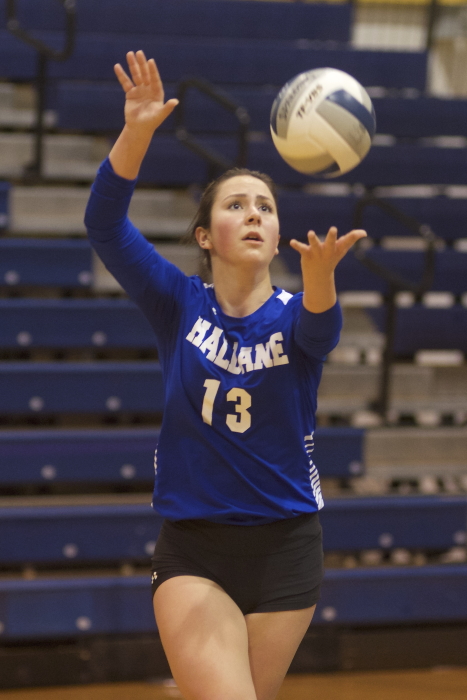 The Blue Devils didn’t take anything for granted in the regional semifinal on Wednesday (Nov. 6) against Shelter Island on Long Island, taking the Section 11 champ down in three sets, 25-9, 25-14, 25-10.

“This was Haldane volleyball,” Flaherty said. “They played every point like it was the last of the game.”

Tomann had seven aces, four kills and eight digs, Rodino had four aces, 13 kills and 10 assists, Monteleone handed out 17 assists and had six kills, and Ashley Hotaling added five kills and nine digs. “Both of our setters — Monteleone and Rodino — were able to move the ball on offense,” Flaherty said. “That got us big-time kills. And our serve was on-point.”

Haldane (19-2) advances to take on the winner of a match between Mount Academy and Pine Plains in the regional final on Friday, Nov. 15, at O’Neill High School in Highland Falls. That winner advances to the state final four.

Haldane’s last state championship was in 2011, when Flaherty was a senior on the team.