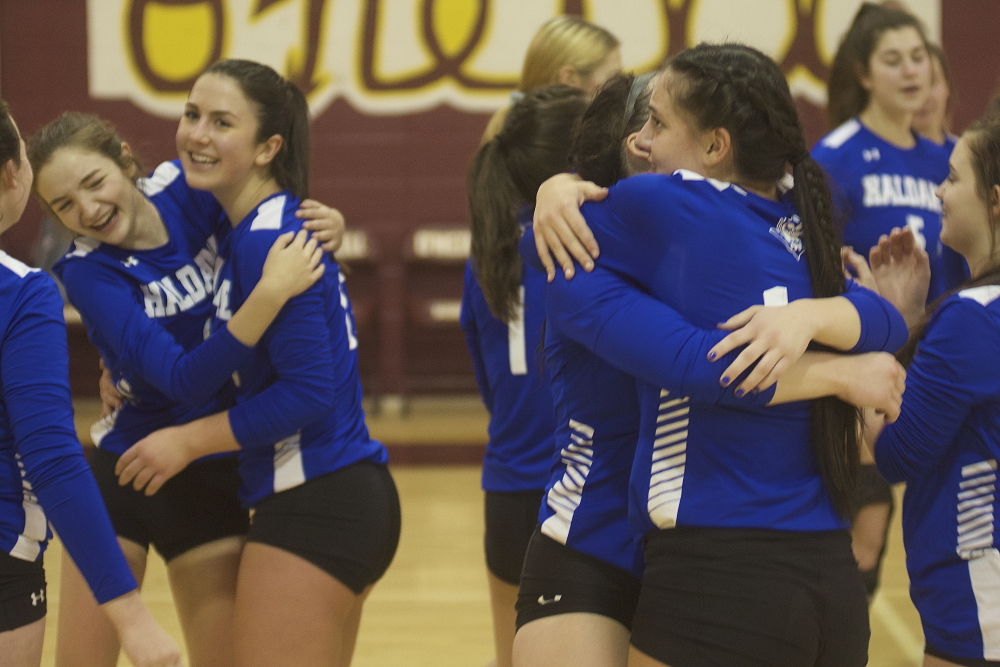 The Haldane High volleyball team won its regional final, coming back from two games down. (Photo by S. Pearlman)

Down two sets, wins next three

After the first two games of the Nov. 15 Class D regional final against The Mount Academy, it looked like the Haldane High School volleyball team might be heading home.

The Blue Devils were beaten convincingly, 25-14, in the first game in the match at O’Neill High School in Highland Falls by what appeared to be a bigger, better Eagles team whose middle hitters could sky and finish. 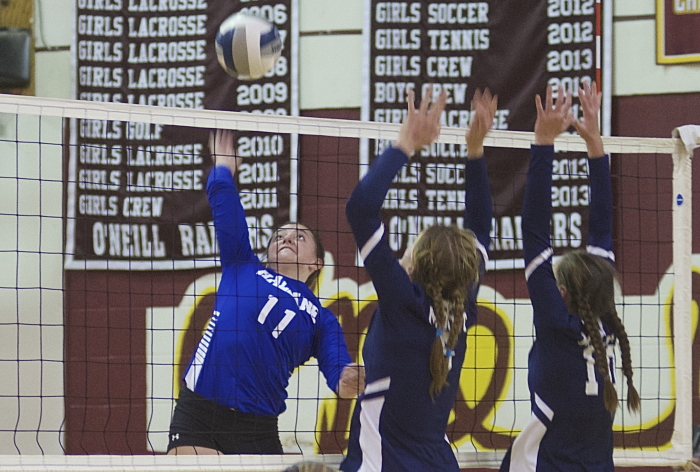 Haldane looked better in the second set, but lost that, too, 25-21. The tide changed slowly in the third, which Haldane survived, 25-21.

The end looked near again when the Blue Devils trailed 21-16 in the fourth, but they rallied to outscore the Eagles, 10-3, for a 26-24 win. The teams battled to the last point in the fifth, which was tied at 25-25 before Haldane delivered the decisive final two points. 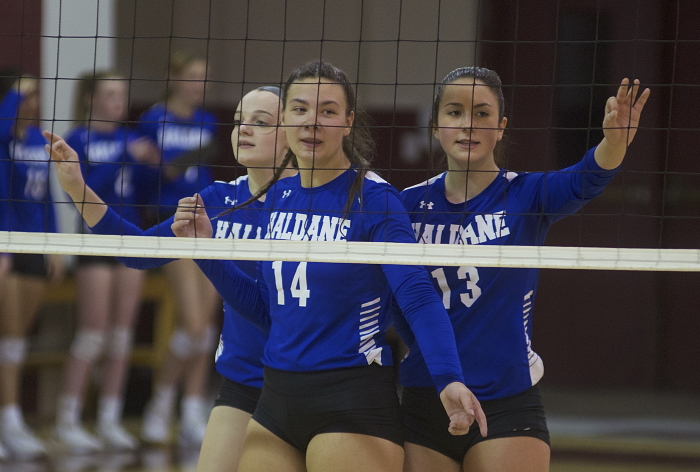 The emotional win put Haldane (20-2) in the state final four for the first time since Coach Kelsey Flaherty took over the team in 2016. Flaherty was on Haldane’s last state championship team in 2011, her senior year.

Haldane was scheduled to begin pool play Saturday, Nov. 23, at Cool Insuring Arena in Glens Falls. Two of the four teams will be eliminated Saturday, with the remaining two playing Sunday for the state title.

“I never doubt my team, but it’s so hard to come back from two sets down,” Flaherty said. “I told them, ‘Let’s just pretend that we just got here.’” 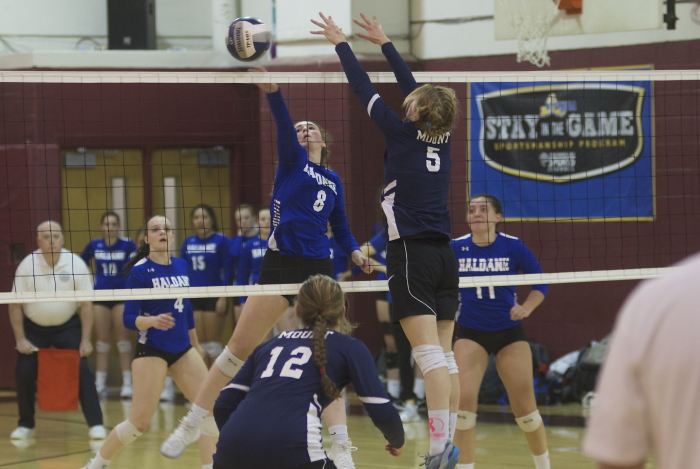 The Eagles “had very strong hitters, probably the best we’ve faced all season,” she added. “And we kept feeding the ball to their best players. Once we figured that out, it made a big difference.”

The Blue Devils will play this weekend in the Class D state finals at Glens Falls. (Photo by S. Pearlman)

“This is the best feeling ever,” Monteleone said. “Being down two sets to Mount … We’ve been preparing for this for quite a while, so it’s a big deal.”

Tomann said the team got more determined after losing the first two sets.

“We decided we wanted it more,” she said. “Now we’re going to try to bring home a state championship.”