Known as a photographer, Cold Spring’s Cali Gorevic has always been drawn to sculpting, too.

In fact, she says that “the clay came kind of first, but not in any formal way;  I didn’t have instruction.” Instead, she initially played with pieces of bark she found while exploring the natural world. “I could always find ways that the scattered pieces fit together, in a sculptural way,” she says. 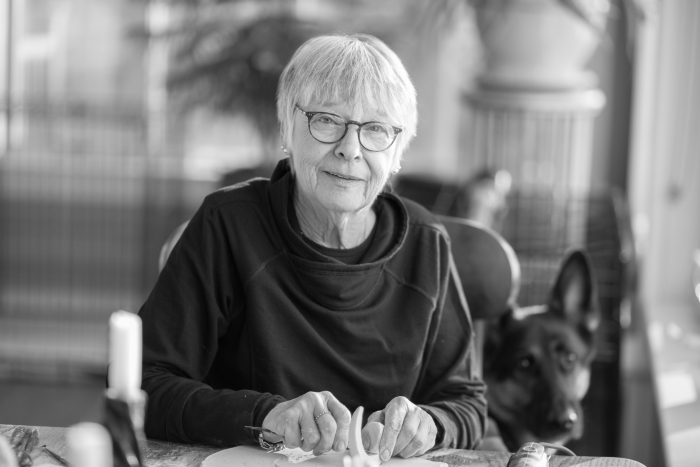 She reconstructed them as puzzles and then emulated those bark forms in clay and transformed them, over and over, into different configurations. Next, photographing these curving, organic shapes, she softened some edges and sharpened others, before altering them again.

Although they appear abstract, “to me they all have names,” she explains. “Each piece, the entire puzzle, unintentionally seems to look like something real to me — a turtle, seahorse, a clown, the cosmos. But I don’t tell people because I want them to have their own fun with it, so the photographs have no titles other than numbers.”

Analecta: Excerpts from a Whole, a collection of black and white photos, plus a ceramic puzzle that served as a subject for some images, will be exhibited at the Garrison Art Center from Dec. 7 through Jan. 5, with a reception on opening day, from 5 to 7 p.m. The exhibit’s title is the definition of the word. 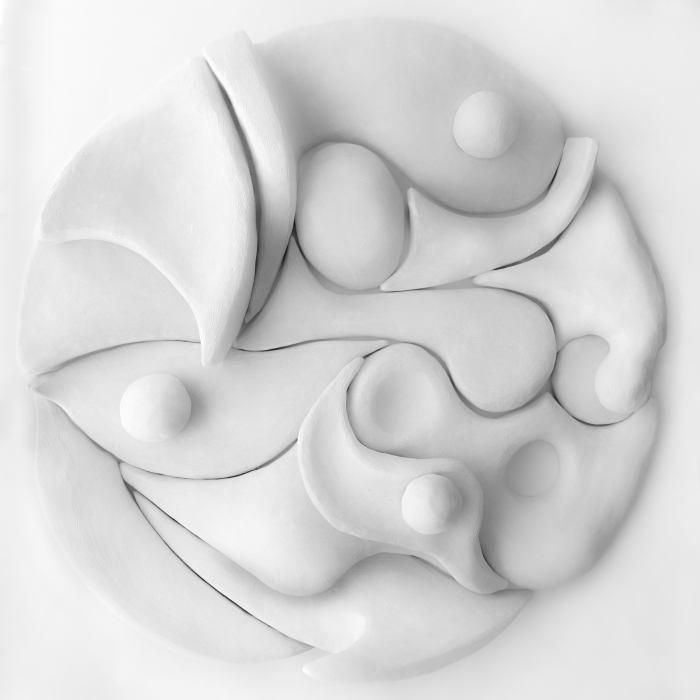 Gorevic “grew up in Brooklyn, before it was Brooklyn,” she notes wryly, and didn’t set out to be an artist. “There was a very narrow focus then. My mother was one of those Jewish mothers who steered me to become a teacher, as something to fall back on. So that’s what I did. I taught, brought my sons up, and once they were in school, started making things. I was 50 when I started taking pictures.”

At first, she worked with a darkroom, in black and white. Photo trips followed — to Iceland, Greenland, and “places with swamps and sand swirls; I like them,” she says.

For 10 years, Gorevic has worked mainly in digital photography, though she feels the pull in both directions. It’s not as if digital represents manipulation of images and darkroom its purist opposite, she says. “People don’t realize it, but there are a lot of tricks in the darkroom — not as many as the ‘buttons’ on Photoshop, but plenty.”

She admits that “I would have loved to have used film for this series, as it always feels like sculpting with light, but I couldn’t, because, if you’re taking a picture of something in which there’s an opening, like the small spaces outlining the puzzle pieces, it comes out very, very black and alters your intentions.  With these photographs, I did miss the ‘juice’ of film negatives, but I worked digitally to soften them.  Some of them are out of focus, but intentionally.” 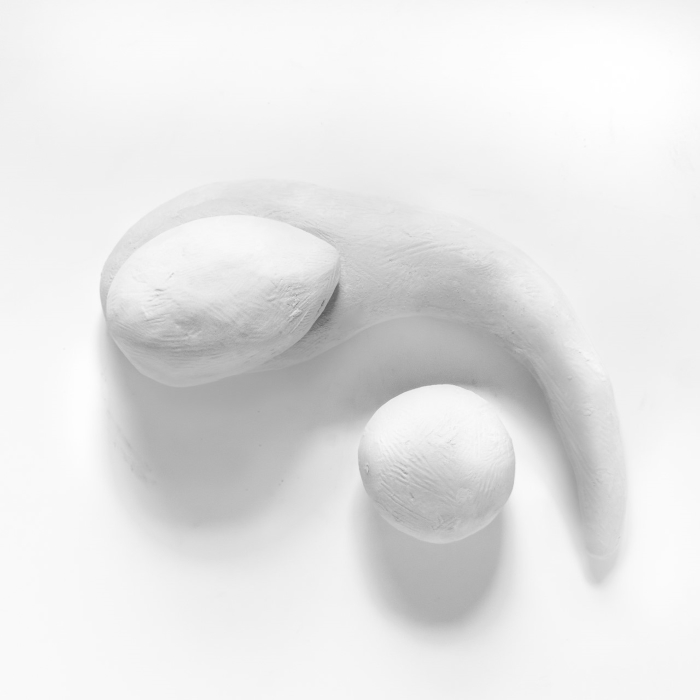 Now 75, Gorevic says she can’t travel again for photography, because “I’ve wounded myself too many times. I’ve got a rod in my femur and I can’t carry all the gear.” Moreover, she has macular degeneration, which also affected, and eventually blinded, her mother. “I feel very lucky that I’ve been able to do all this work,” Gorevic adds. “I am always making stuff” — tree sculptures that hold candles, a lamp — and she went through phases (horses and unicorns, for example). “I guess I make things every day. Nothing else is quite as much fun.  It’s very Zen-like to just sit and model clay. It’s really the only way I can sit still.  I keep the demons at bay by always moving.”

Yet there’s more to come. Gorevic has a photographic children’s book, Imagine That, soon to be available as an e-book and paperback. Beyond that, there’s PHOTOcentric, the national juried photography competition she founded. This year she shares judging duties with New York City gallerist-photographer Robin Rice. Fifty selected works will be exhibited, concurrent with Analecta, at the Art Center, where Gorevic has taught, managed film photography, and been a board member.

2 thoughts on “Analecta: From Bark to Photos and Sculptures”