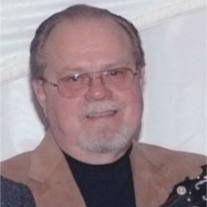 Ron retired from IBM after 30 years of service. He was a former member of the Barber’s Eddy Gun Club and the Hudson Valley Bluegrass Association. Ron was an avid fisherman and outdoorsman and loved spending time at the lake with family and friends.

He enjoyed playing with his bands, from The Centuries in the 1960s to the Saw Mill River Boys in the 2000s. He shared his love of music with his family, often playing guitar with his brother and grandchildren and sing-a-longs at bluegrass festivals and camp.

Family and friends will gather on Friday, Dec. 6, from 4 to 8 p.m. at Riverview Funeral Home by Halvey, 2 Beekman St., in Beacon. A funeral service will be held on Dec. 7 at 11 a.m. at the funeral home, with burial to follow at Woodlawn Cemetery in New Windsor. 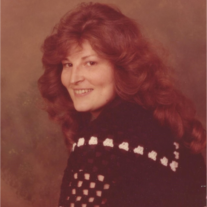 She was born in New York City on Sept. 18, 1951, the daughter of John and Shirley (Brummer) Henebry. Although she lived in New Jersey for a few years and graduated from Pascack Valley High School, she spent the majority of her life in the state of New York. She worked as a meat wrapper for Grand Union for 32 years until the company closed. She then worked at Key Food before her health prompted her to retire early.

She had a passion for creativity. She was a talented artist in her youth, specializing in watercolors, and a hobbyist wildlife photographer in her later years. She loved anything nature or nautical. Her greatest joy was her Christian faith, after having gone forward at a Billy Graham Crusade in 1969.

Karen is survived by her daughter, Shannon Boyle.

A graveside service will be held on Saturday, Dec. 14, at 10 a.m. at Cornwall Baptist Cemetery, 675 Orrs Mills Road, in New Windsor. A GoFundMe has been established to help with funeral expenses.

He was born in Beacon on Feb. 8, 1922. He played clarinet in the Silver Knights of Kiwanis Band under Parvin Latour and lettered in track during high school. During World War II, he served as a paratrooper in the Army Air Transportation Corps in North Africa, Jerusalem and Sicily. Upon returning home he married his high school sweetheart, Esther MacPherson.

Gordon was a lifelong member of the First Presbyterian Church in Beacon, singing in the choir and serving as a deacon, trustee and elder. (He was also a member of the First Presbyterian Church of Bozeman.) Esther and Gordon were both members of the Southern Dutchess Singers, a community choir. His work history included being a truck driver for the Beacon Lumber and Coal Co., which was owned by his father, and as a laboratory technician at the Texaco Research Center in Glenham.

An avid outdoorsman and hiker, Gordon was the scoutmaster of the Boy Scouts of America Troop 1 in Beacon as well as past president of the Hudson Valley Gem and Mineral Society. He spoke at local schools about being an amateur gemologist or “rock hound” and brought samples of Herkimer diamonds and Franklinite.

He is survived by his son Bruce Kenney (Rachel Emmons), and grandchildren Rebecca Wiley (Stephen) and Thomas Hassinger (Gigi).