Rebecca Pearsall says she is always trying to come up with ways to help the children and teenagers at the Saint Basil Academy in Garrison navigate past trauma. It’s not easy.

“Children who have been through trauma understand that tough times do not discriminate,” said Pearsall, who is the director of clinical services and education at the residential center, which is run by the Greek Orthodox Church. “Our kids believe that connection and relationships are unsafe. When they come here, they fight, take flight or freeze, even when a healthy connection is offered.”

St. Basil’s offers shelter, education and guidance to children who typically come from homes wracked by illness, poverty, abuse or other difficult situations.

To help the children overcome the effects of trauma, Pearsall tested a program in which students interview a local “celebrity.” The first two participants spoke with Anthony Tolve, a deputy with the Putnam County Sheriff’s Department. 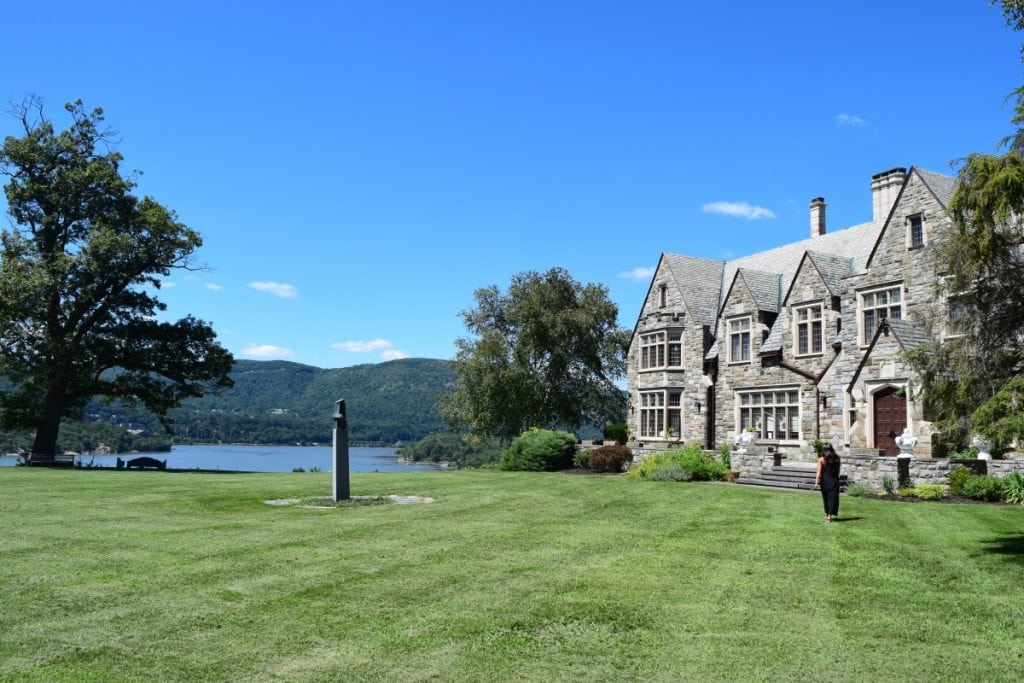 St. Basil Academy was once the estate of Jacob Ruppert, owner of the New York Yankees. (File photo by Michael Turton)

“The goal was to help the children develop their social and emotional skills and expose them to different vocational choices,” Pearsall explained. Initially, the boys were intimidated and resisted, she said, but after some reassurance were able to do the interview, during which Tolve shared personal experiences of trauma and linked his tough times to why he became a police officer.

With that success, Pearsall expanded her concept to have a team of children videotape an interview. She also gave it a name: just BEing human. “I’m hoping that through the excitement of meeting a community celebrity, the kids can feel less threatened and more open to new relationships,” she said. “On a biochemical level, I want to change the way their body reacts to relationships and connectedness; from a fight, flight or freeze chemical reaction to a healthy serotonin and oxytocin chemical reaction.”

Before each encounter, the children are instructed in how to conduct an interview and given questions designed to help process and understand their own trauma while acknowledging they are not alone in facing obstacles.

Before the initial session, the children each chose whether to be an interviewer, director, producer, editor or audience member. The subjects were Randy Florke, a real-estate agent and interior designer who lives in Philipstown and is a mentor and host for St. Basil students, and Eliud Suarez, 32, a St. Basil alumnus who is an electrician for the Long Island Railroad. Both were invited by Pearsall because she felt their stories would resonate. 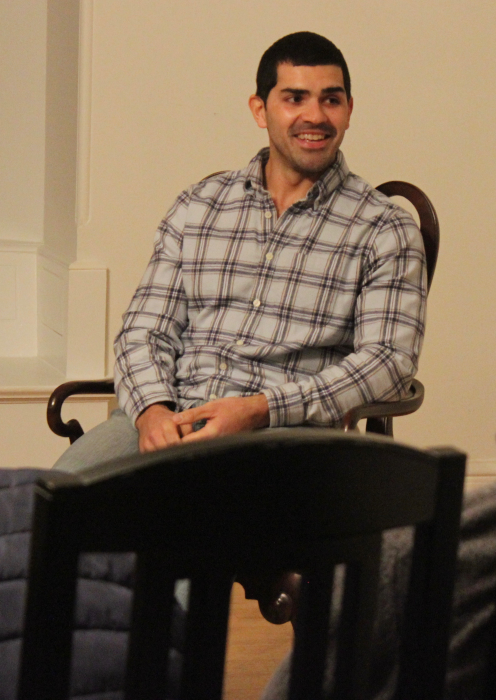 Eliud Suarez, who lived at St. Basil’s from age 5 to 21, spoke to students about his life there. (Photo by A. Rooney)

The program began with select students asking each man a series of quick-fire icebreakers such as: “Have you ever worn socks with sandals?”; “Who has it easier, men or women?” and “What makes you happy?”

Suarez, who lived at St. Basil’s from the age of 5 to 21, joked that “the last time I was in this room, I think I was in trouble” but also confessed to the students that “as time went on, I started to miss not having my mother and father there. I was scared. I didn’t know what was happening. I’d have nightmares about my parents; I was so confused. Most of all, I was living a different life than other kids. That was the hardest thing of all.”

Responding to questions, Suarez described how his life took a turn for the better once he made personal connections. “Talking to the guidance counselors was big for me, learning how I should deal with my stress,” he said. “I know it’s hard to open up, but as I got more comfortable with certain people it got easier.”

Asked about moments that defined who he became as an adult, Suarez said: “In middle school I was a problem child — I got into lots of fights. The principal laid it out for me. He told me where my life was going if I continued down that path. That day I told myself I would change; it wasn’t an immediate thing. I was stubborn. But I appreciate that he let me have it. I’ve learned that sometimes it helps to walk away, take a step back, avoid regrets.

“Having people come over and spend time with me was the greatest thing,” he told the children. “St. Basil’s gave me the life I would never have had.” 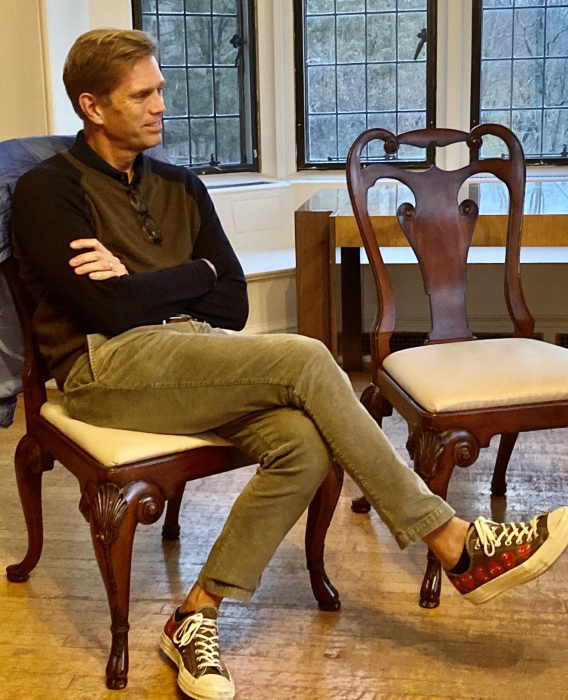 Randy Florke spoke to the St. Basil’s students about his life growing up in rural Iowa. (Photo by Kim Ruperdl)

Florke shared with the children his hardscrabble journey from a difficult childhood in rural Iowa to a new life after moving at age 18 to New York City.

“My parents were married at 16 and divorced at 28,” he recalled. “At 14 I went to live with my aunt and uncle” after being told that if he left, he could never return. He said his family did not contact him again until he had lived in New York for nearly 17 years.

“When you suffer trauma, you get frozen,” he said. He touched upon how he and his longtime partner and now husband, U.S. Rep. Sean Patrick Maloney, adopted children from a home probably not unlike some of the ones St. Basil’s kids come from.

In response to a question, Florke asked the kids if they knew what an “Achilles heel” was, and then explained that he had an associate’s degree because he had no family financial support as a young man and could not commit to four years of college. “My Achilles heel is that I haven’t had more education,” he said. “I’ve lived all over the world and got education in different ways, but I wish I had a more formal education. Education allows you space to mature, gives you confidence.”

After inviting the older students to a talk he’ll be giving at St. Mary’s Episcopal Church in January on growing up gay, Florke noted: “Being gay is the best thing about me. Growing up in a place like St. Basil’s is the same: a life experience as a child that no one else has had. What we thought was a problem is actually a solution.”