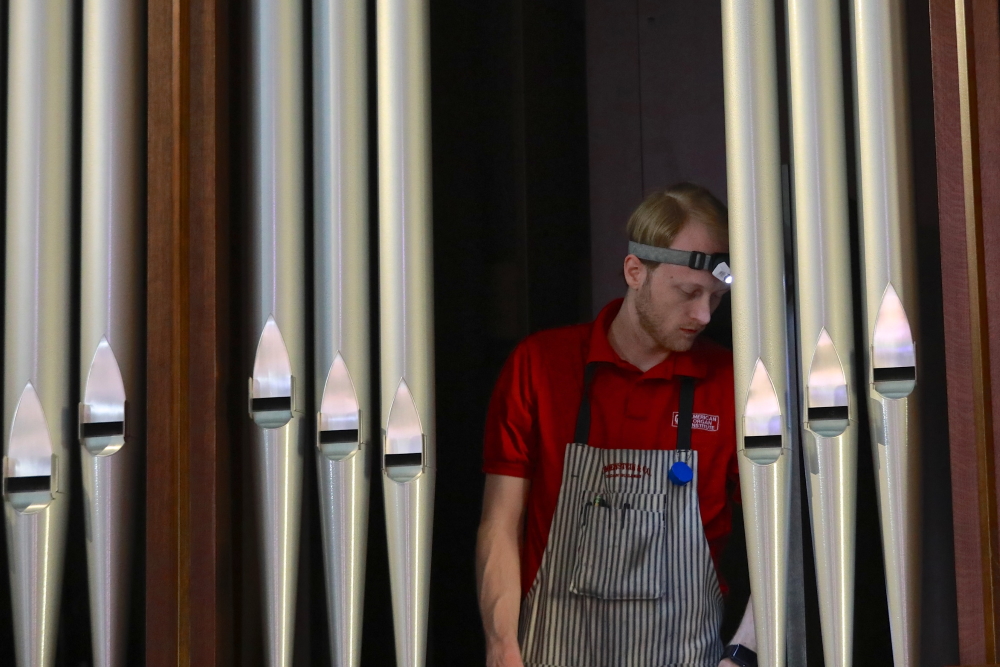 David Anderson of Schoenstein & Co., a firm based in northern California, installs a new organ at St. Philip’s Church in Garrison as part of a $2 million renovation of the sanctuary, clock tower and grounds. (Photo by Ross Corsair)

Historic Garrison church gets a makeover

Over several months this year, there has been work going on inside and around St. Philip’s Episcopal Church in Garrison for its first large-scale renovation since it was designed by Richard Upjohn and completed in 1865.

The congregation has been meeting for services, in the meantime, in the parish hall. But at 10:30 a.m. on Sunday, Dec. 15, it returns to the stone church, where the leaks in the bell tower have been repaired, the pews refinished and the walls painted. The choir also will present a Christmas concert at 4 p.m. that day. 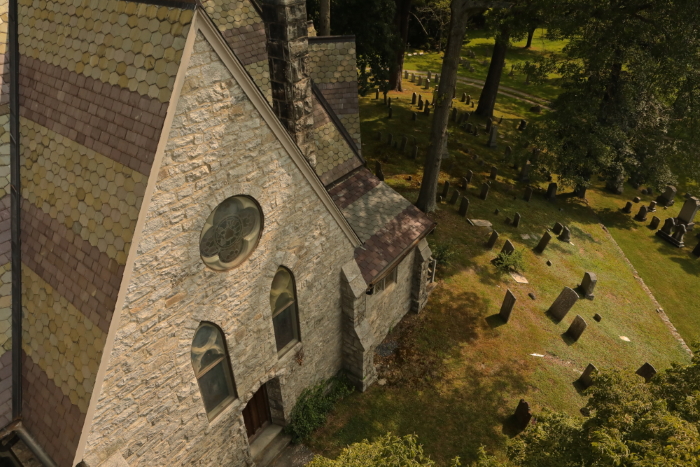 A photo of St. Philip’s taken from a crane working on the bell tower. (Photo by Ross Corsair)

“When we opened up the building, we found it had not been touched in 150 years,” said Jan Anderson, who is co-chair with Jamie Copeland of the restoration committee. The initiative, which cost $2 million raised through a capital campaign, also includes a columbarium; a wheelchair-accessible entrance; climate control, sound and alarm systems; and a bathroom that is still being designed because of the challenge of integrating it with Upjohn’s design.

The crowning glory of the upgrade is a new $700,000 organ built and installed by Schoenstein & Co., a northern California firm founded in 1877. Two of its employees stayed for four weeks in Garrison to assemble it: foreman Chris Hansford, who has been with the company for 28 years; and builder David Anderson, who holds a master’s degree in organ technology. Jack Bethards, the firm’s president and fine-tuner, also visited. 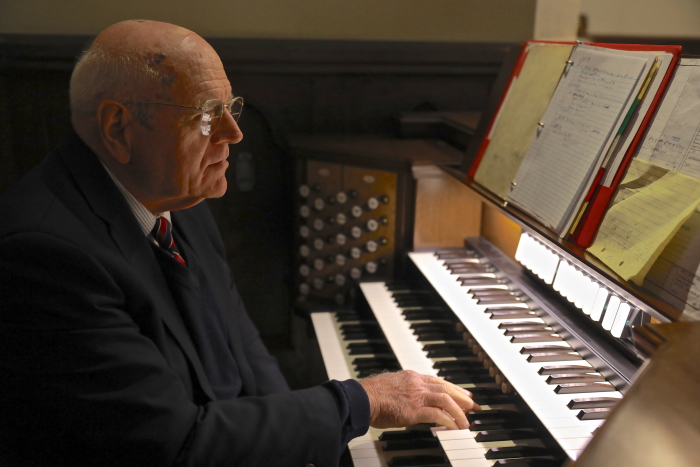 “I first saw an organ being built in a church about St. Philip’s size when I was a young child and have been fascinated ever since,” said Jack Bethards, president of the Schoenstein & Co. He was responsible for fine-tuning the new St. Philip’s organ. (Photo by Ross Corsair)

The firm built the instrument at its shop, disassembled it, and shipped the parts to Garrison to rebuild. It has nearly 1,000 pipes (some made of wood and others of tin and lead) and more than 1,000 pneumatics.

“We try to match, in each pipe, the tone of the organ to the acoustics of the building,” Bethards said. “It also would  be a different design if the denomination was, say, Baptist. This organ was built for the Episcopal liturgy.”

He said Schoenstein has built organs with 10,000 pipes. One in Salt Lake City took three years to install.