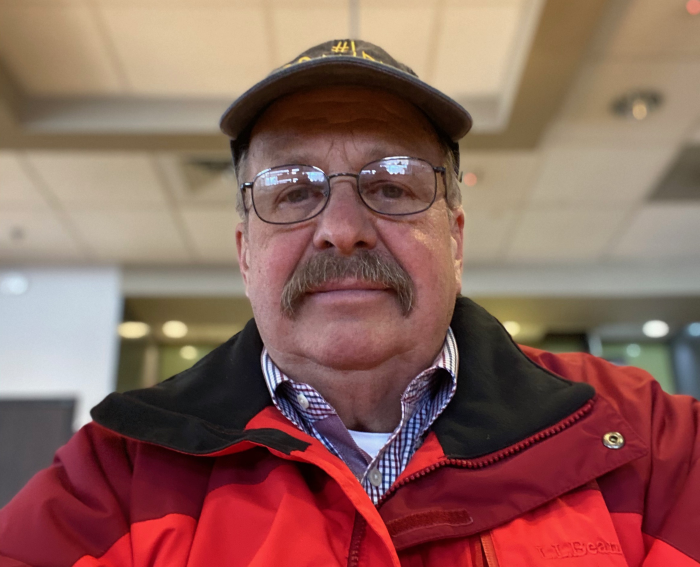 Bohdan “Ben” Darnobid is the author of Prison Doc, a memoir of his 35 years as a physician assistant, including at the Matteawan State Hospital (now the Fishkill Correctional Facility) in Beacon and the Downstate Correctional Center in Fishkill.

What were your responsibilities?
We worked with the nurse practitioners and physicians. A prisoner would make a request the day before to see a doctor, and in the morning we would pull his medical records and a corrections officer would bring him to a remote waiting room. We treated everything from diabetes to HIV, hepatitis C, tuberculosis. It was a very sick population. We tried to see everybody and sort out their problems.

Do you recall the arrival of AIDS?
We saw HIV before anyone knew what it was. Inmates called it “the monster.” We started seeing inmates with large lymph nodes in their neck, armpits and groin, and we couldn’t explain it. We’d refer them for biopsies. In one case a radiologist called me in to look at an X-ray — we took chest X-rays of every prisoner we saw to check for tuberculosis — and said, “I can’t explain what I’m looking at.” We brought the inmate in and he was sweating profusely, with a high fever and high pulse [due to pneumocystis pneumonia, which was common among people with AIDS]. He knew he had the monster but wanted to die alone in his cell.

At Fishkill, inmates who assaulted staff were threatened with the “loaf diet.” What was that?
Each day the prisoner would get a loaf of bread with vegetables such as carrots and cabbage baked in. That was breakfast, lunch and dinner, plus water from the sink. I wanted to bring it home to my sons and tell them, “This is what you get if you misbehave,” but the prison wouldn’t let me. I was never even able to taste it. It was a good threat, because it was rare that an inmate got the diet.

Did Fishkill use solitary confinement?
It had SHU 200, with two inmates in a cell. It was frightening for the prisoner, because he didn’t know who he would be with, maybe a racist or a psychotic. In the early 1980s we had a lot of “slice-and-dice,” where inmates would be initiated into gangs by slicing another inmate on the cheek with a broken razor blade. The fear of “super solitary” put a stop to that.

You enjoyed the job?
The teamwork was wonderful, especially on difficult cases. We were on the cusp of major illnesses, and you felt you were accomplishing something. Religiously, I think it’s important to treat these people. Jesus said, “I was sick and in prison and you did not look after me.” I took that to heart.