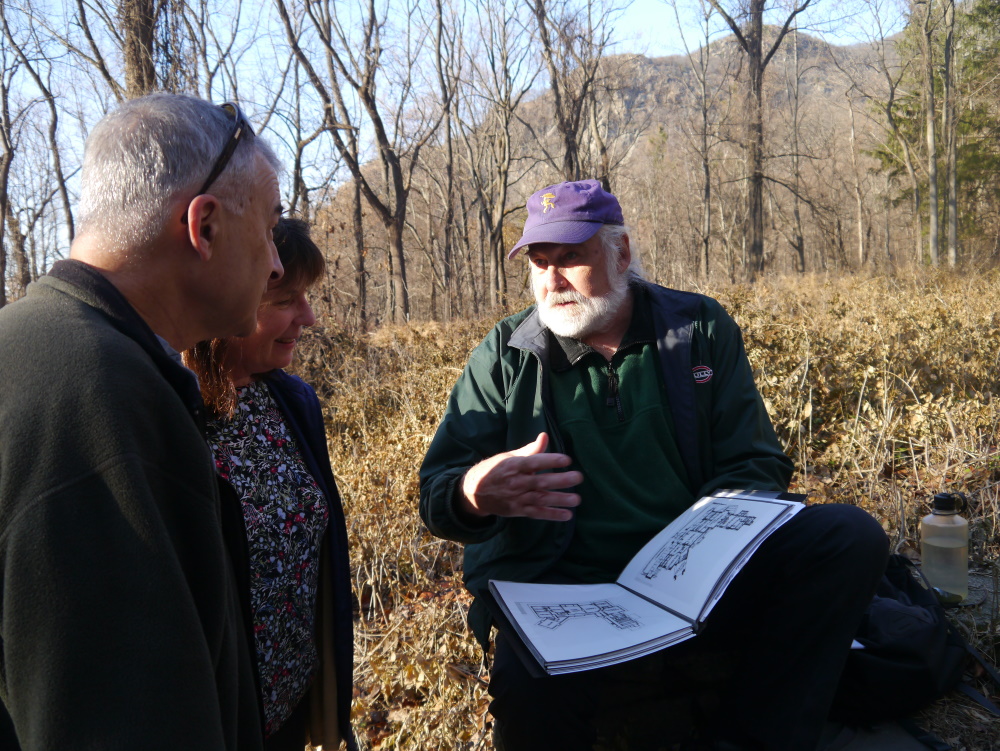 Historian celebrates 50 years of preservation in the Highlands

Thom Johnson isn’t sure whether it was 1969 or 1970, but one eventful drive between Beacon and Cold Spring led him to a pair of historic Highlands sites he would spend the next five decades exploring and working to protect.

His story begins a few years before that day, however, in Dobbs Ferry, where Johnson, 66, and now a Peekskill resident, says he spent his childhood “wandering around in the woods.”

He was in his mid-teens, he recalls, when a friend showed him a picture of a 20th Century Limited, at the time the New York Central Railroad’s premier passenger train, passing Bannerman’s Castle on what’s now the Metro-North Hudson Line. “I’m looking at the picture going, ‘What is that thing?’” Johnson remembers.

Intrigued, he drove with another friend to the shores of the Hudson River to get a closer look at Bannerman’s. On the way back, the duo passed the gate for a narrow, paved trail that leads to the Cornish (also known as Northgate) Estate, just outside of Cold Spring.

“At that time, the gate was open and we’re 16- or 17-year-old guys,” he continues. “So, what do you do? You drive up it.” There, they discovered the ruins of the 650-acre estate, which, unbeknownst to the teens, had become part of the newly formed Hudson Highlands State Park a year or two earlier.

“It had a similar effect,” Johnson says. “We said, ‘What is this?’” But little information was forthcoming. 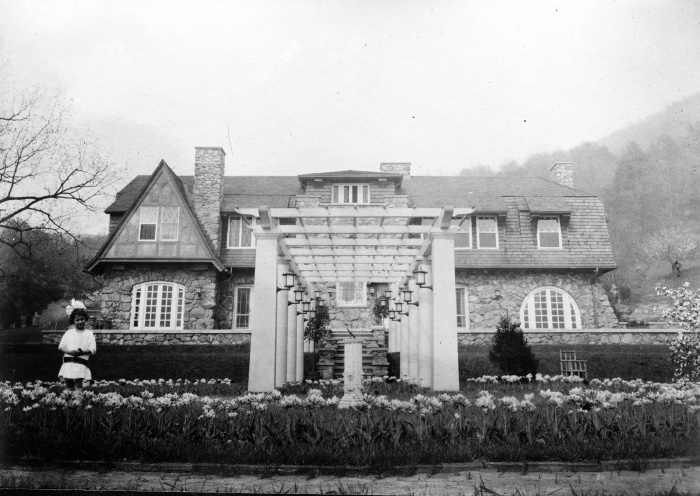 The Cornish Estate circa 1913 (Photo provided by Robin Huntington)

Still, he sensed that there must be rich histories beneath the ruins. He was right.

Bannerman’s Castle, a former military surplus warehouse, was built on an island about 1,000 feet off-shore between Beacon and Cold Spring in 1901. Almost 50 years after the death of Frank Bannerman, the island’s owner, New York State purchased the island and castle. Two years later, in 1969, fire nearly destroyed the site.

The Cornish Estate was assembled in the early 20th century by diamond merchant Sigmund Stern, who purchased eight to 10 small farms in the hills of Putnam County overlooking the Hudson. The Cornish family acquired the estate in 1917 as a summer home. A fire also destroyed much of the mansion and accompanying buildings in 1958 — about 10 years before the state acquired the lands.

“Over the years it was one of my favorite places to hike when I wanted to get away from people,” Johnson says about the Cornish lands, which connect with a network of hiking trails, including the Breakneck Ridge loop. “I would never bump into anybody then. It was a good place to come up and air out your brain.”

In time, Johnson began teaching art and photography at Irvington High School, where, early in his 33-year career, he taught a photography student named Rob Yasinsac who was interested in historic ruins.

“Eventually I sent him [to Cornish],” Johnson says. “He was looking for places to photograph and I was kind of a Rolodex of locations.”

Slowly, the mysteries that Johnson had “discovered” in his teens would begin to be explained.

In 1993, he and Beacon resident Neil Caplan founded the Bannerman Castle Trust.

“This is a site that’s unique in all of the U.S.,” Caplan says. “You don’t have anything else like it, and we’ve managed to open it up and do some amazing things.”

Last year 12,000 people visited Bannerman’s for tours, concerts, plays and other programs; up to 15,000 are expected in 2020. Caplan adds: “It’s given people an opportunity to see an incredible piece of architectural history.”

In 2006, Yasinsac would co-author Hudson Valley Ruins, a book which caught the attention of descendants of Edward Cornish and Sigmund Stern, who volunteered never-before-seen photographs and new historical information.

A couple of years after that, Johnson says, smiling, “Breakneck [Ridge] hits. All of the sudden, I can’t come up here to find peace and solitude on a Saturday anymore.” 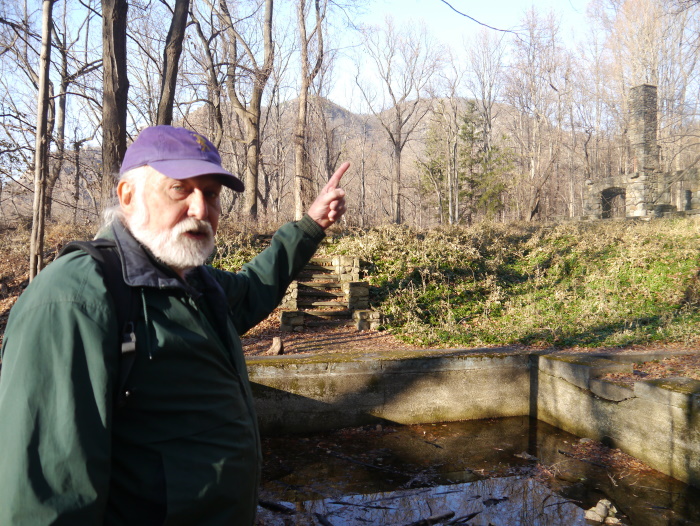 Thom Johnson at the site of the Cornish Estate (Photo by J. Simms)

These days, he’s still active with both sites. He’s recently helped design a series of interpretive signs that, through a New York State grant, will be installed at Cornish in the spring.

Johnson is also active with the Catskill Mountain Railroad, now a tourist railway based in Kingston, and River of Words, a program of the Beacon Institute for Rivers and Estuaries, Clarkson University and the Hudson Highlands Land Trust that brings ecological education to public school students in the region.

If that’s not enough, he continues to play drums with live musical acts, as well.

But Bannerman’s and Cornish, it seems, stand out, perhaps for their proximity, or maybe for the mystery initially surrounding both.

“I don’t think there’s anything as fascinating as these two sites,” Johnson says. “To me, this is sculpture. I think we need to start seriously looking at stuff like this not as ruins but as art, and to come up with ways to protect it.”

As 2020 begins, with more than 50 years under his belt traipsing through the hills and ruins of the Highlands, it would make sense that Johnson slow down a bit.

But, as he says his foster sister describes him, “I have two speeds: overdrive and dead.

“Being in this kind of environment feels very natural to me,” he continues. “I think this is one of the underutilized cures for what ails us. If you get out and realize you’re part of all this [nature], it’s therapy for everybody.