Barbara M. Cruver, 83, a resident of Beacon since 1962 and formerly of Brooklyn, died Jan. 8, 2020, at the Lutheran Care Center in Poughkeepsie.

She was born in Brooklyn on May 17, 1936, the son of Michael and Grace (Sassano) Guarneri. She was a parishioner of St. Mary, Mother of the Church in Fishkill and for many years worked as a record clerk for the VA Medical Center in Castle Point.

Memorial donations may be made to Guiding Eyes for the Blind (guidingeyes.org).

Barbara E. Delahay, 79, of Brookfield, Connecticut, and formerly of Glenham, died Jan, 7, 2020 at Danbury Hospital, surrounded by her family. She moved to Connecticut 15 years ago to live closer to her grandchildren.

Barbara enjoyed working outside of her home as a bookkeeper and legal secretary but her passion was spending time with her family and friends.

Barbara is survived by her children, Goerge Delahay (Elizabeth) of Fishkill and Patricia Smith (Thomas) of Bethel, Connecticut; her grandchildren, Thomas, Steven and Brooke Smith; a sister, Joanne Selage of Hopewell Junction; her sisters-in-law and brothers-in-law, Chuck Theiss, Joyce and Pete Carroll, and Karen Cook.

Visitation will be held on Saturday, Jan. 11, from 10 a.m. to noon at the McHoul Funeral Home, 1089 Main St., in Fishkill. A funeral service will begin at 11:45 a.m. at the funeral home, followed by burial at Fishkill Rural Cemetery.

Thomas enjoyed working around the house and his yard and spending time with his family and friends. His grandchildren knew him as “Poppy.”

Besides his wife, he is survived by his children: Tracy Egan of Beacon; Tommy Egan Jr. (Jamie) of Hyde Park; and Kevin Egan (fiancé Alyssa Kessler) of Beacon; his grandchildren: Kyle, Lucy and Ryan; his brothers, Jeffrey Egan (Annie), Gerald Egan and Andrew Egan; a sister-in-law, Donna Lurker; a brother-in-law, Art Addie (Corinne).

A funeral service was held on Jan. 9 at McHoul Funeral Home in Fishkill, followed by interment at Fishkill Rural Cemetery. Memorial donations may be made to the St. Jude Children’s Research Hospital (stjude.org). 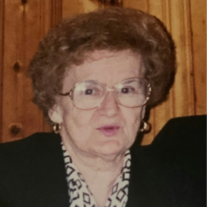 Mary worked for Sonotone in Cold Spring, IBM in East Fishkill and Tuck Tape in Middletown, from which she retired in 1979. She was a parishioner of St. Joachim – St. John the Evangelist Church and was also involved with several clubs, including St. Francis of Assisi.

Family and friends will gather on Saturday, Jan. 11, from 10 to 11:30 a.m. at Riverview Funeral Home by Halvey, 2 Beekman St., in Beacon. A funeral service will be held at 11:30 a.m. at the funeral home, followed by burial at St. Joachim Cemetery.

Denver was the son of Felix Abreu and Mevis Mendoza. He is also survived by his maternal grandmother, Maria Mendoza, and his paternal grandparents, Jorge Abreu and Rosalva Tavares.

Family and friends will gather on Saturday, Jan. 18, from noon to 2 p.m. at Riverview Funeral Home by Halvey, 2 Beekman St., in Beacon. A funeral service will be held at 1 p.m., followed by burial at St. Joachim Cemetery. 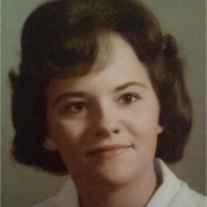 In addition to her husband, Patti is survived by her children, Tamara Schnetzler, James Schnetzler (Shannon), Robert Schnetzler (Ninette) and Stephen Schnetzler (Jennifer); 12 grandchildren and four great grandchildren; and her siblings: Warren, Sharon, Debbie and Cathy.

Funeral services were private. Memorial donations may be made to the American Cancer Society (cancer.org).