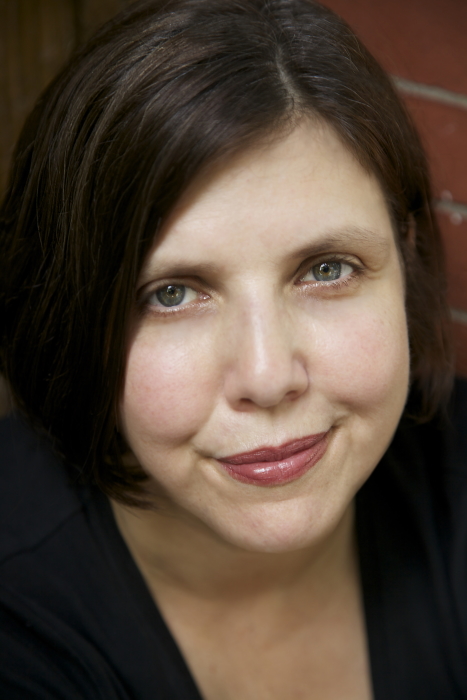 The reading will take place at Binnacle Books in Beacon, which promises that “wine and literary wit will be served,” along with a conversation between Offill and Lynn Steger Strong, a novelist who lives in Cold Spring and has her own new book coming this summer.

Offill responded by email on Feb. 4 to questions posed by The Current.

Dept. of Speculation and Weather consist of anecdotal passages which roll along, accumulating more dimension as the book progresses. Is this how you compose the books, or are they pinned to a structure you map out?
I’m not much of a mapper-outer — more of a magpie who gathers lots of little objects that seem shiny to me, then builds a nest around them. For a long time, I collect ideas and images; at a certain point I start to see what the book is going to be.

Are you surprised how so many disparate people identify with your take on the world?
It is astonishing and, frankly, thrilling to have people who I might not run across in my day-to-day reading my novels. One of my favorite things about readings is getting to talk to other bookish people.

In Weather, you reference the 2016 presidential election. How did that moment influence the book?
The novel splits in half in a way, before and after the election. Then, in a short section near the end, it jumps a bit forward, into the future. I hope if the book was set four years later it would reflect a radically different world. Deep-seated change is needed.

A Few Offill-isms, from Weather 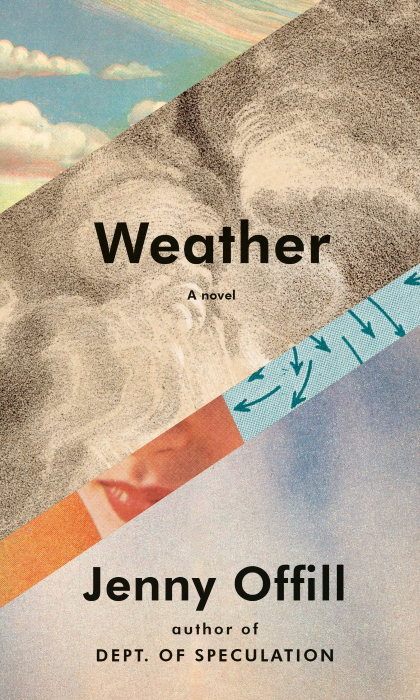 He’s a copywriter now for some low-rent greeting card company. It’s those cards that are very long and very specific about all the things the recipient has done for the sender.

Sometimes they rhyme but mostly they are free verse. Henry gets paid by the word so the more flowery the better. Even so he already got into an argument with his boss about the difference between sentiment and sentimentality.

It is better in the Quiet Car. In the Quiet Car everyone is calm. Ben presses his leg against mine. We read side by side as Eli builds many-roomed mansions. A person across the aisle who is not observing the rules of the Quiet Car is asked to leave by the conductor. “Right now?” he says. “While the train is moving?”

One thing that’s becoming clear to me on my travels with Sylvia. People are really sick of being lectured to about the glaciers. “Listen, I’ve heard all about that,” says this red-faced man. “But what’s going to happen to the American weather?”

Sylvia always wants to go see things, some nearby, some far away. The requirement is that they are disappearing faster than expected. The going, going, gone trips I call them. She picks me up early then we drive and drive until we reach the designated place. Then we walk around and look at things and I try to feel what she does. Once I took Eli. We stood and looked at some kind of meadowland. He waited patiently until we could go back to the car.

You also have written children’s books. Does your writing process change?
Well, I’m a lot faster with the children’s books because they are very short. But in both cases I’m trying to compress as much as possible into a small space.

Weather pivots between what people spout as factual, particularly in relation to “New Age-isms,” and the hard science one might encounter at a library such as the one where your protagonist works. Are these beliefs that different?
Religion and science can seem like opposites but what they have in common is a desire to transcend the known world. I’m not drawn to New Agey stuff, but I also don’t know much about it.

It’s easy to envision illustrated characters spouting your takes on life. Have you ever thought of working with an illustrator on an adult book?
That sounds fun, but I’m a lousy collaborator because I’m so slow as a writer.

Dept. of Speculation and Weather are ingrained in Brooklyn neighborhoods. Now you live upstate. Do you have a Jenny Offill upstate observation?
We moved up here eight years ago. One of the things I have noticed up here is that when a guy visits another guy’s house for the first time, they go outside and look at the woodpile. This was not a Brooklyn thing.

Your novels are deceptive. They appear, at first, to be fast reads, with little morsels. But I’ve found them akin to eating a rich slice of chocolate cake. The fork has to be rested regularly, but is always picked up again. Is this intentional?
I tend to like to read short books because I can come closest to reading them in one sitting or day, which is the way I loved to read when I was a child and would check out stacks of books from the library. But I try to make my novels have a density of experience and emotion so that a different layer might be revealed if you came back to one on a different day.

Your protagonists don’t spare themselves from sardonic critiquing. In fact, they frequently direct piercing assessments at themselves. Are you a tough re-drafter?
I am a bit extreme as an editor of my own work. Lots of things become less interesting to me as time goes by.

You once noted, after the publication of Dept. of Speculation, that you “heard from quite a few unhappy young men who work in bookshops.” Whom do you expect to hear from most with Weather?
No idea. That’s the beauty and mystery of it. When you write a novel, it’s a bit like putting a message in a bottle and throwing it to sea. I never know what shore it will wash up on.