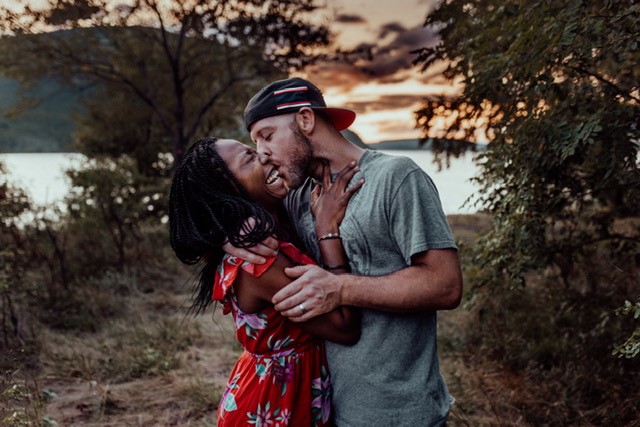 My husband and I met at an Irish bar in Queens. I was dating someone else at the time who I happened to be there with. I saw the back of Seosamh’s head and I knew. I saw my opportunity as he made his way to the jukebox. (Yes, I approached him, not the other way around. Should you ever meet him, don’t let him tell you different!) Those big blue eyes turned to me and my world was forever changed. ~Nadia Sheerin 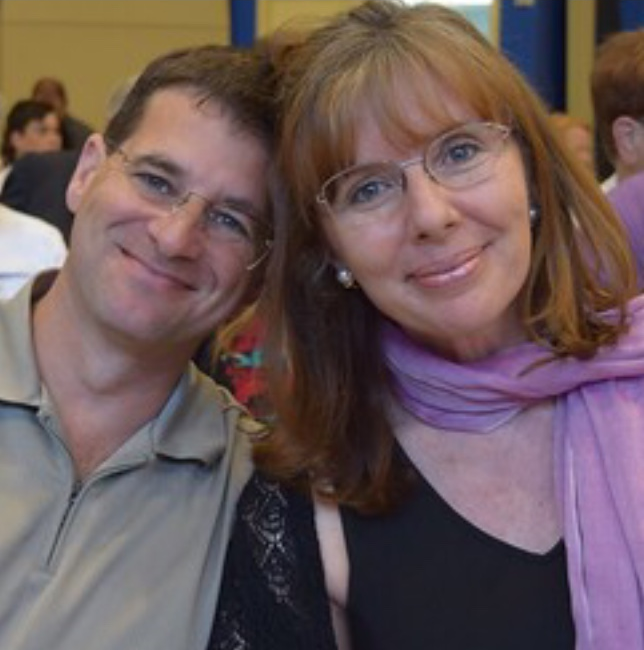 The place: London, in a musty youth-hostel basement dorm. The voice in his head: “This is the girl you’re going to marry.” The voice in mine: “Eek! There are boys in this room!” Josh had the bunk above mine in a room of a dozen international travelers. Parting, a few exchanged addresses, but only we wrote. A thousand pages and seven years later (with just five more meetings), a wedding on my side of the continent before starting a life together on his. The hostel was gone when we checked 20 years later; 30 years later, we’re still here. ~Jackie Hadden 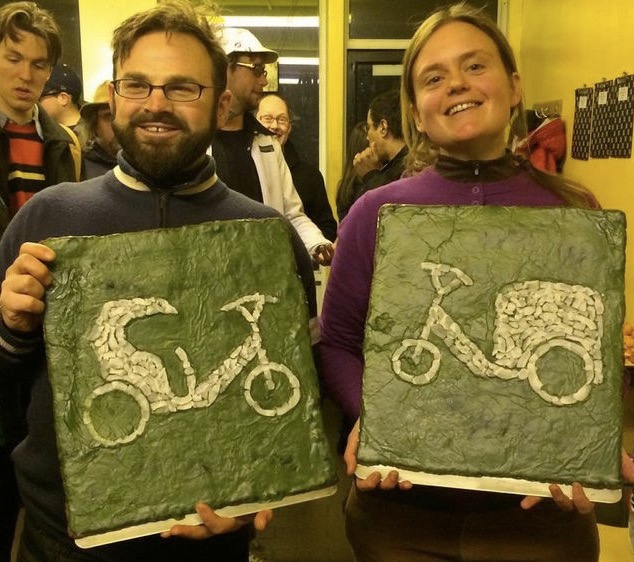 In 2008 I answered a Craigslist ad posted by Revolution Rickshaws for a gig delivering cargo in Manhattan via giant trike — and agreed, despite my fears of sharing the road with motorists, to show up at its Midtown headquarters for an interview with the owner, whose name was Gregg. The day of the interview, I almost chickened out. But then, perusing its website, I saw that my old friend Julian was working there. I still wasn’t sure about the job, but I wanted to see Julian. So I kept the appointment — and met Gregg. Nearly 12 years later, we’re still Zuman along. ~Helen Zuman 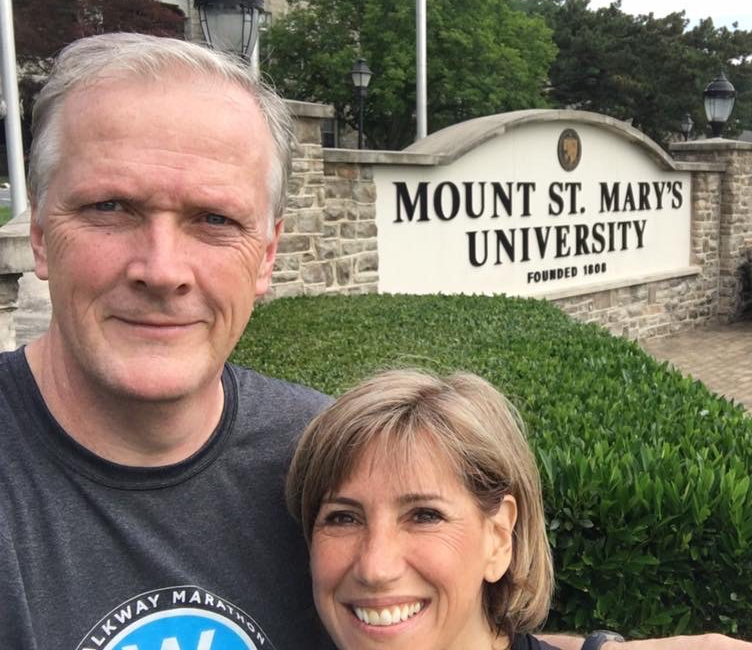 It was freshman year and I was on a pay phone in college when Diane walked by. Her smile caught me that day and stayed in my head! Two years later, I flirted with her every night during junior-year finals week and, on the last day before winter break, I finally kissed her. I’ve been in love ever since and that smile is the best part of my day still. ~Dan Hughes 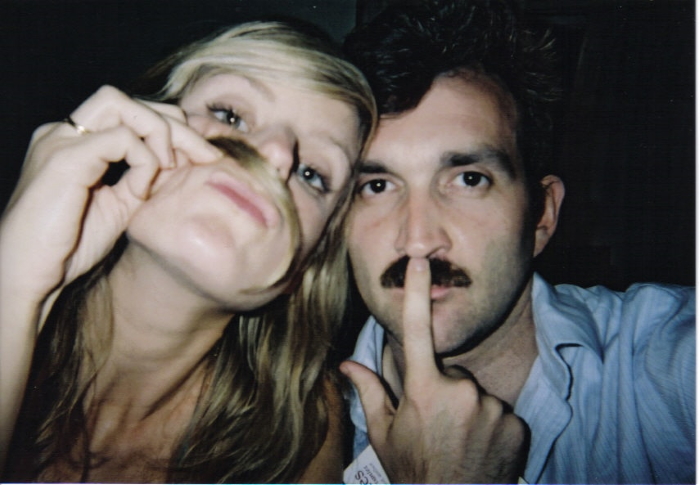 Bill and I met at the Edinburgh Theater Festival in 2002. He was acting in three plays brought over by his New York theater company, and I was working as a production assistant for the UK company producing them. After bumping into him in the Edinburgh rain and being charmed by his color-coordinated and comprehensive rain gear (truly an American in Scotland), I vowed to my friend that I would kiss him. I did, and then he disappeared to India. I tracked him down, and two years of handwritten letters later, we were on our way. ~Jenny Coelius 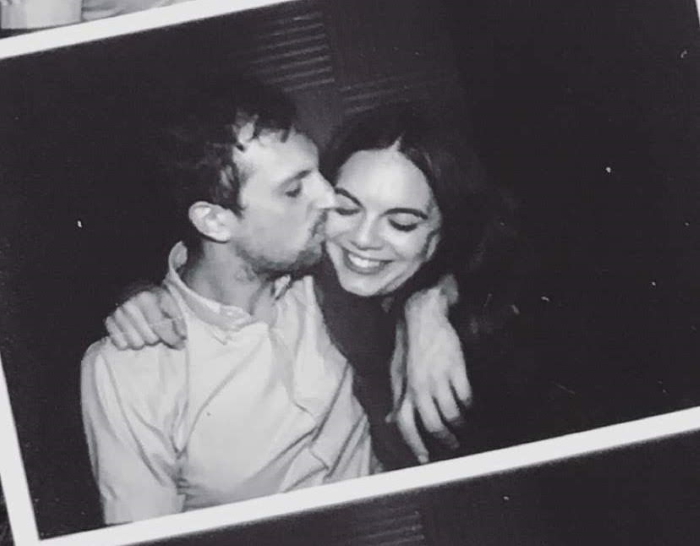 Garrett and I met in 2017 when we played on the same bookstore-sponsored basketball team in Brooklyn. After a summer of being teammates, we began talking outside of the team email thread. Our first “date” started as a group hang but later that night we kissed and have been together nearly every day since. Many of our early dates were trips upstate to fish and hike. We’re still searching for pickup basketball games. ~Amy Hunt 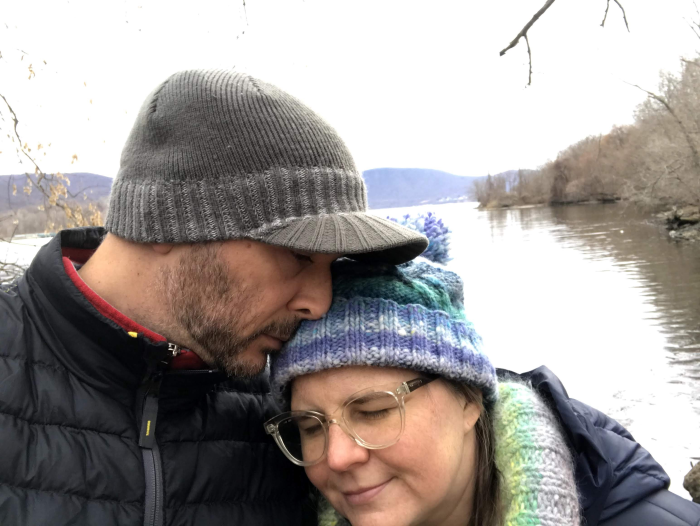 I met Kit on the high school fencing team. She was in front of the Snapple machine during stretches. I remember seeing her and knowing something important was happening. She’s been my best friend ever since. ~Nate Smith 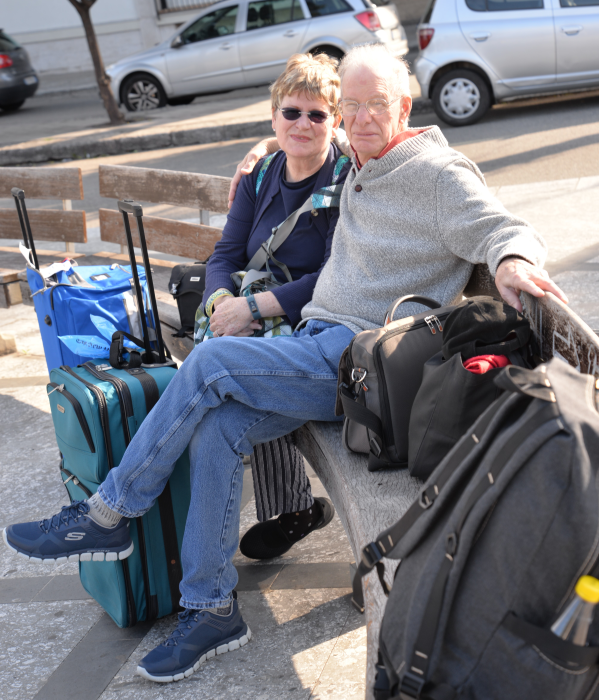 My partner, Lynda Ann, and I met in college (Hartwick) in 1961, graduated in 1965, then went our separate ways; she to graduate school an her doctorate and me into the Navy (the draft right on my tail) and four years later, home. Forty-five years later, we re-connected on Facebook and told our tales to each other of sick spouses. After months of phone calls, emails and flights to each other’s home, we realized that we could take care of both spouses if we worked together. Four years ago, after both spouses passed, we moved in together and several years ago, bought a new house with the proceeds from the sale of our two homes. ~Anthony Merante