An unlikely hero in a play for elementary students

Since its founding two years ago in Beacon, the Hudson Valley Theatre Initiative has presented musicals and plays for adults (QueenE), and toddlers (Baby Shark, Wheels on the Bus).

Now HVTI is aiming at older children with The Miraculous Journey of Edward Tulane, an adaptation of Kate DiCamillo’s 2006 book.

In its story of a china rabbit toy named Edward Tulane who is loved, lost, discarded, shattered and cared for before learning how to love, the picaresque book has overtones of everything from The Grapes of Wrath to The Odyssey, mixed with a smidgen of Dickens. Edward is an unlikely hero for a children’s story, but his harrowing and often melancholy misadventures open him up to happiness. 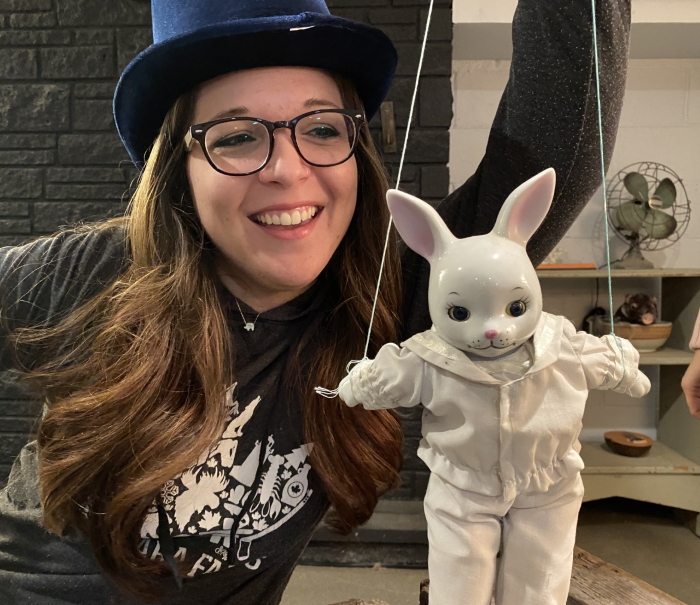 “There’s a deficit of shows geared to the third- to fifth-graders — and even more so for middle-schoolers,” explains Todd Hulet, HVTI’s artistic director. “This adaptation brings the story out in a poetic way, which can appeal to a lot of age groups, including adults.”

Edward survives being thrown overboard into a raging sea, being scorned, exploited, ignored and left to die, yet he is also the beneficiary of great kindness, much of it from those who have the least. Through it all, he is unable to speak, move or otherwise control his fate, until he learns other ways of doing that.

A hallmark of the book is Bagram Ibatoulline’s intricate black-and-white illustrations, which in turn have inspired the look of the play. In one interview, Ibatoulline explained that he had to sculpt Edward’s head “so it would be easier to paint it and turn it into different positions, because his expression doesn’t change throughout the book. Only his inside changes.” 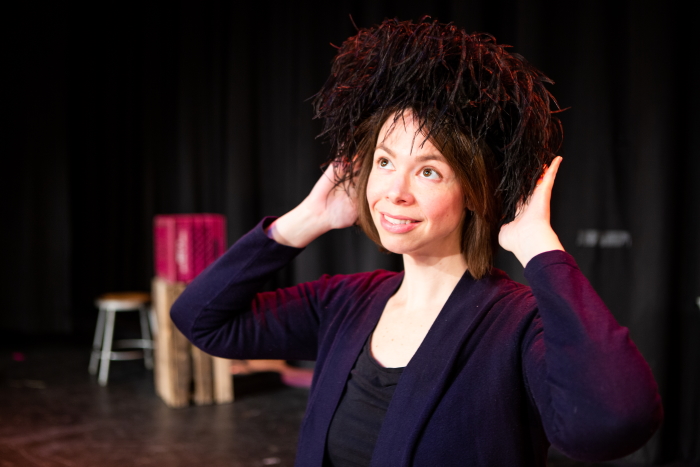 For Elizabeth Greenblatt, who is producing the play and has a 9-year-old who loves the book, it’s more than a compelling story. “There’s also this level of children thinking about times in their lives, the way they can sort of conceptualize loving a toy, then having a toy they may not love anymore,” she says. “That’s what draws kids to the book.”