Escaped from psychiatric center in Albany in 1983

In a “cold case” announcement last week, the New York State Police said it continues to search for a fugitive who disappeared 37 years ago.

On Jan. 13, 1982, Edward E. Nye was arrested in Canaan, New York, in Columbia County County, on 30 counts of committing criminal sexual acts against minors. He pleaded guilty and was sent to the Capital District Psychiatric Center in Albany to await sentencing. 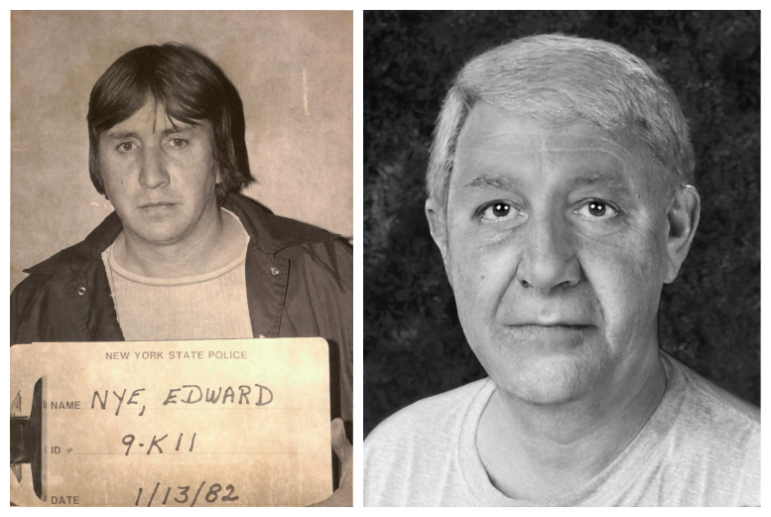 Edward Nye in a booking photo and an age-progressed image

On Feb. 21, 1983, Nye escaped from the center and has not been seen since. He has family ties throughout upstate New York and may have fled to Canada. Nye had worked as a youth counselor and used that position to access his victims.

Anyone with information regarding Nye’s whereabouts is asked to contact the New York State Police at 845-677-7300.