Kaleb Istvan will compete at states on March 7 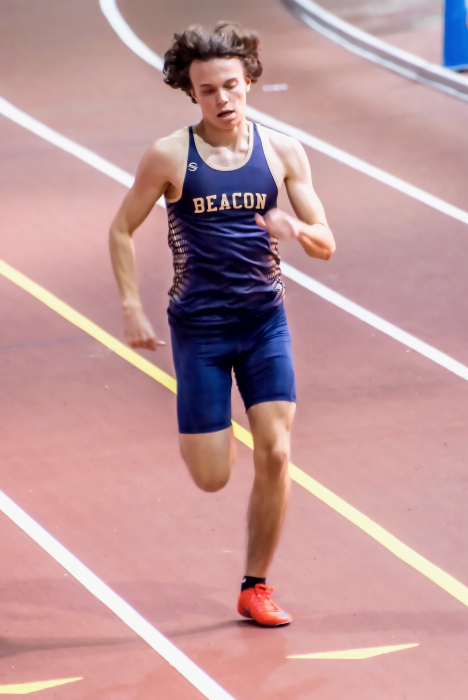 Kaleb Istvan, a senior at Beacon High School, won the Section 1 title on Feb. 23 in the 55-meter dash in a personal-best 6.59 seconds to qualify for the state Indoor Track & Field Championships on March 7. He also qualified for the 300-meter run by finishing third in 35.21.

In addition, Istvan will compete in the New Balance National Indoors meet in March in New York City after qualifying on Jan. 19 with a 35.05 in the 300 meters to win the league championship for the Bulldogs.

Istvan has been training with John Robinson, who won the state 55-meter hurdle title for Beacon in 1996. Istvan plans to compete next season for Binghamton University or the University of Buffalo.