In a one-woman show, Ivy Omere tells her story

For many years, Ivy Omere put her past in a drawer she rarely opened.

The actor says she compartmentalized the travails of her youth and coped by becoming other people onstage. But one day she told herself to “write and see what happens.

“To my surprise, it just came pouring out,” she recalls. “It’s easy to disconnect when there are bits of your soul you’re not dealing with. I’d been mute for a long time, misunderstood at times because I hadn’t been able or willing to talk about certain things. It was a decision: I’m going to write my story, and I’m going to use my voice.” 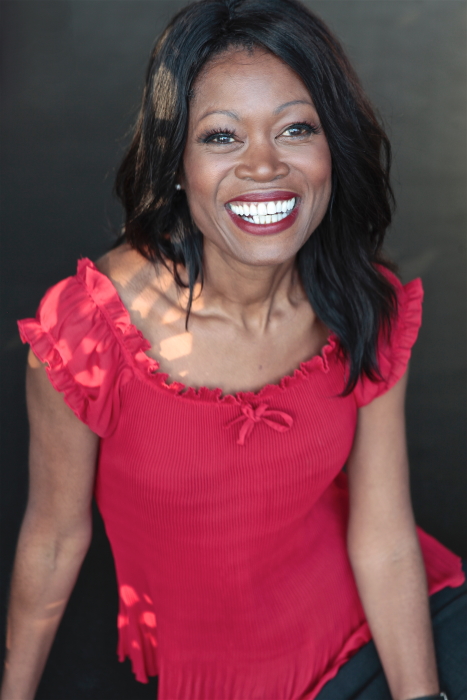 That became the title — My Story, My Voice — of a one-woman play that Omere will perform at the Philipstown Depot Theatre in Garrison on Saturday, March 7, as part of its newly launched Flipside series.

Omere describes it as “a cautionary tale.” Born in London to middle-class Nigerian immigrants, she and her two brothers wound up in the foster-care system because of her mother’s mental health, her father’s inability to commit to the family and her parents’ volatile relationship.

While living in foster care and private and group homes, the siblings suffered abuses that are presented graphically in Omere’s performance, in which she makes observations while portraying herself as a child and adolescent.

As a child in foster care, her character remarks: “If I see children with their parents, I am sure it is because those children are special; they deserve it.” As a teenager, she tells the audience: “Whenever I’m hungry, I do this at night when everyone is asleep: I eat bread from the trash.”

Omere says that once she began writing, she found herself recalling incidents from early in her life. “I remember a sense of powerlessness at being handed over when I was 2,” she says. “Because it was a momentous event, I remember it.”

The play wasn’t an easy process, and she sometimes went years without writing. But, finally, she says, “I realized, ‘What have you got to lose?’ It’s healing to me to write a character who says what I want to say. Many stories about people with brown skin are written by people who don’t have it. We need to show the complexity of a human life. Stories build bridges.

“There are things that happen in families that people don’t talk about it,” she adds. “You’d like to think it’s a unique situation, but it’s far from that.”

Omere began acting at 14 when she was cast in a school production of A Midsummer Night’s Dream. After earning a bachelor’s degree in English and German literature from Queen Mary & Westfield College at the University of London, she trained at the Webber Douglas Academy of Dramatic Art and began her career in an English Shakespeare Company production of As You Like It, directed by Michael Bogdanov, that toured internationally. 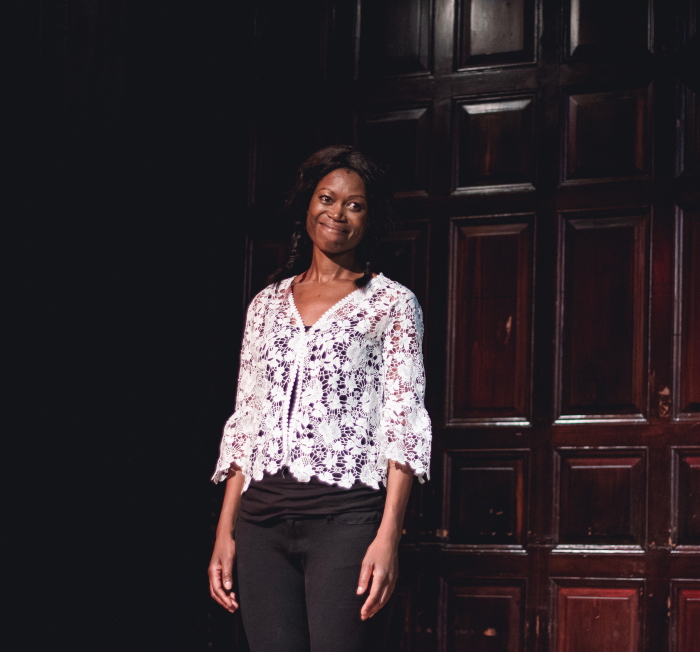 Ivy Omere, after performing the play at the The Player’s Club (Photo provided)

Following further work that included an extended run of The Three Musketeers at the Young Vic, Omere became frustrated by the “constant messages of, ‘We love you but we don’t know what to do with you,’ especially for television, where they thought I was too patrician for the [typical] roles for black actors: prostitutes, thieves.”

Omere, who obtained a U.S. visa as a “person of exceptional ability” and is now a longtime permanent resident, says she still finds she is offered roles, particularly in television, with descriptions such as “very passionate in the bedroom.”

“There are a lot of roles I don’t fancy,” she says. “Maybe my background makes me sensitive to the difference between being vulnerable and gratuitous.” A lifetime member of the Actors Studio, Omere says of her working life: “It’s been hard, and I wish I was working more, but the good side of it is that it’s forced me to write.”

Omere began writing for the theater with two short plays; My Story, My Voice is her first full-length work, and she has performed it from beginning to end only once before.

“There have been times when I’ve thought, ‘This is madness. Why am I living through this again?’ ” she explains. “I have to emphasize to myself it’s not who I am now. I learn my lines like it’s a professional gig.”

Omere has considered having other actors portray her, because “it would be nice to have other people there onstage with me. But because I felt so strongly about people speaking for me, and telling me what and who I am, it felt important that it be a one-woman play.”

The Philipstown Depot Theatre is located at 10 Garrison’s Landing. Tickets for My Story, My Voice are $20 at brownpapertickets.com.