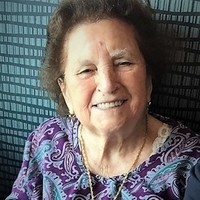 Pierina was born Aug. 23, 1922, in Petorano Sul Gizio, Italy, the youngest of six children of Domenico and Donata Ventresca.

Pierina married Erminio Federico on April 25, 1940, and they immigrated to the U.S. in 1957. The couple settled in Cold Spring, where Pierina worked as a seamstress. She was a devoted matriarch and loved family gatherings. She would spend hours cooking and preparing for visitors. Her family said she also was known for her faith, hospitality and feisty sense of humor.

She is survived by her children, Luisa, Gina and Panfilo (Ben), seven grandchildren and seven great-grandchildren.

A Mass of Christian Burial was held March 4 at St. John the Evangelist Church in Mahopac, with interment at Rose Hills Memorial Park in Putnam Valley.