Athletes and coaches may have to forgo spring sports

As responses to the coronavirus crisis continue to change on a daily (and even hourly) basis, high school athletes, coaches and administrators are trying to keep a glimmer of hope alive for spring sports.

On Monday (March 16), athletic officials for Section 1, which includes the Highlands, suspended practices and games for baseball, boys’ tennis, golf, lacrosse, softball and track until at least March 30, when they said the situation will be “reassessed.” 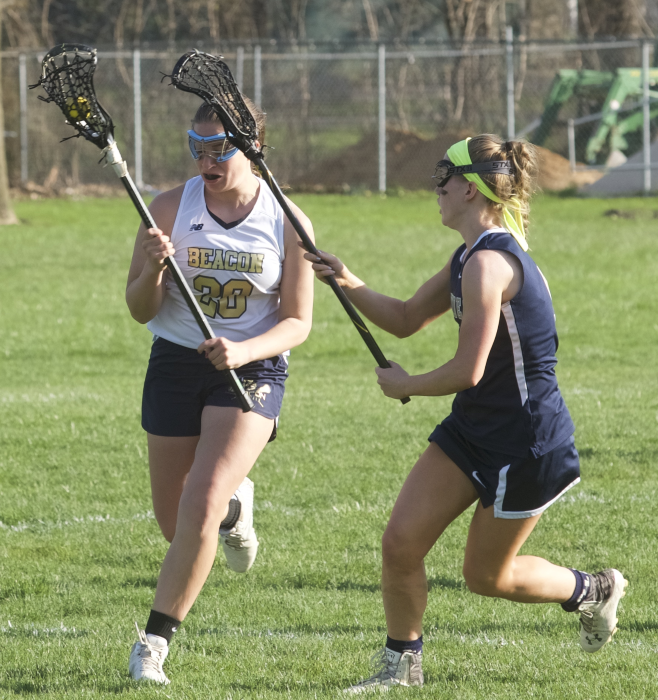 “This is something we’ve never seen, and our athletes, students and coaches are handling it as well as possible,“ said Haldane Athletic Director Chris Salumn. “Everyone’s health is the most important thing. Athletics are on the back burner. Of course, we hope to save some portion of the season, and we have a lot of hard-working athletic administrators who will make the best of the situation.”

At Beacon High School, Athletic Director John Giametta said the district would “do everything we can” to salvage a partial season for spring sports. “We’ve never seen anything like this, and we all feel for our student athletes — our seniors in particular,” he said. “It’s very hard to predict, because things have been changing so fast. I like to prepare for the worst and hope that we are pleasantly surprised, and that we are able to get kids on the field again.“

The worst case is a season lost.

“Our coaches have all offered to play whenever and wherever, and extend the season,” Giametta said. “They are all devastated, just like everyone in athletics.“

Although some athletes have been working out in small groups, athletic directors say they shouldn’t be because of directives to distance socially to slow the spread of the virus.

“We’ve instructed all of our coaches to tell the kids not to” have private practices, Salumn said. “Workouts should be on their own. Stay in shape. But do it on your own. If I was talking to a group of kids I would tell them, in a respectful way, that it’s for your own health and safety — getting together is not recommended.” 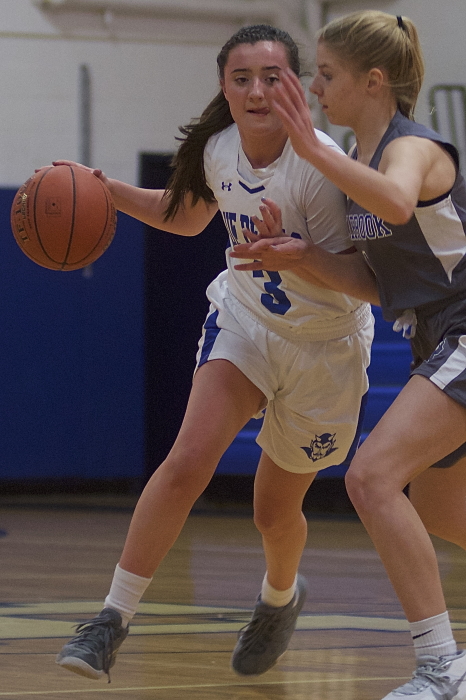 Bela Monteleone drives against Millbrook in a game played at Haldane High School on March 11 shortly before the state tournament was suspended. (Photo by S. Pearlman)

The vast majority of winter athletes were able to conclude their seasons. The exceptions were those who were involved in state tournament competition. In the Highlands, that included Beacon bowler Selena Virtuoso, who qualified for the sectional All-Star team. It was scheduled to compete in Syracuse on March 14 before the event was canceled.

At Haldane, the girls’ basketball team had its Class C regional game moved twice, from a high school in Westchester County to Mount Saint Mary College in Newburgh and then to Haldane, where it was played without spectators. Millbrook defeated the Blue Devils to advance, but the state tournament was then suspended. The Putnam Valley girls’ team also had reached the Class B regional title game after a stellar season.

“Our girls were very appreciative they got to compete,” Salumn said. “To get to that point, and to get to play that last game — not only will they appreciate it, but they will cherish it.”

Bela Monteleone, a senior who was named MVP of the Section 1 championship game, said moments after Haldane hoisted the gold ball at the Westchester County Center for a seventh consecutive year: “We are so grateful that we got to play this game.”