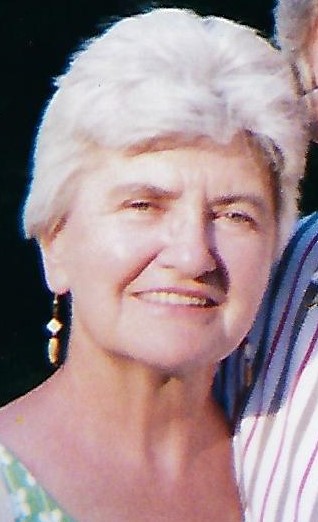 Born Jan. 26, 1936, she was the daughter of George and Amy Marie Delamater of Peekskill. On Oct. 7, 1956, she married Robert Hard at Assumption Church in Peekskill.

She was a longtime parishioner, eucharistic minister and choir member at St. Joseph’s Chapel of Garrison. Additionally, she served as the secretary of the Garrison School Board, den mother for Cub Scouts as well as a Girl Scout leader. She held numerous positions at New Hope Manor, both in Graymoor and Barryville, where she cared for the residents and made many lifelong friends. Always an educator at heart, Pam also taught nursery school at St. Philip’s Church in Garrison.

Pam’s most rewarding and happiest roles, her family said, were those of mother and grandmother, or “Nana.” She spent her retirement caring for her 10 grandchildren, serving as their caretaker, cheerleader and teacher. Often, she could be found at the Garrison School surprising the children as a guest reader or classroom helper. She was overjoyed to welcome each of her three great-grandchildren.

Throughout her life Pam was an accomplished gardener, cook and tennis player. She loved working on crossword puzzles and watching Jeopardy. Her family said she was always a warm and welcoming hostess, never missing the 5 p.m. wine time with her husband and any friends and family who came to visit.

She also is survived by her brothers, George (“Dill”) Delamater Jr. (Mary Lou) of Peekskill and Patrick Delamater (Adrienne) of Houston, and a sister-in-law, Catherine Delamater of Manassas, Virginia.