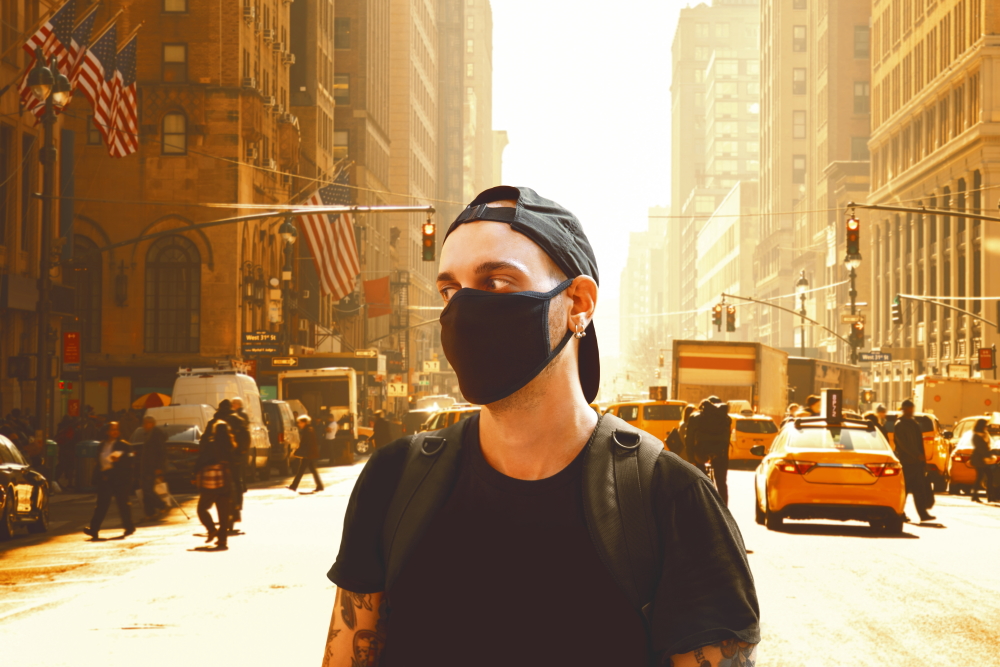 A young man wearing a surgical mask walks down an avenue in Manhattan on March 17. (Photo by Marco Piunti/Getty Images)

A ranch house in Continental Village drew a tsunami of offers.

A $6,000-a-month rental with views of Lake Valhalla was snapped up sight-unseen.

Local real estate brokers say they’ve been scrambling to find houses for purchase or long-term rental for people fleeing the densely packed environment of New York City, which has about one-fifth of the nation’s COVID-19 cases and a fourth of its deaths.

In other cases, city residents under contract to buy houses in the Highlands pressed brokers to complete the purchases so they could move in earlier than scheduled. 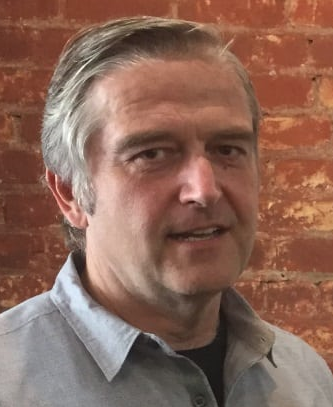 About three weeks ago, “we saw something that was unprecedented — all of us in the real estate business were talking about it,” said Bill Hussung, principal broker and owner of Robert A. McCaffrey Realty in Cold Spring, on March 23.

“It was a panic,” he said. “All of us were nonstop showing houses last weekend and the weekend before — houses that hadn’t seen a lot of activity had lines to get in.”

Melissa Carlton, an associate broker with Houlihan Lawrence in Cold Spring, said she was bombarded the week of March 9 with calls from New York City residents and from their brokers interested in two furnished long-term rentals that the firm had listed.

Some of the callers said that with vacations and schools canceled, and working from home the rule rather than the exception, they wanted to get out of New York City. Some people were afraid the city would be closed off, Carlton said.

“They were looking at the Hudson Valley as well as the Hamptons and the surrounding areas to see if they could find homes to rent for a few months,” she said.

One of Houlihan’s two available properties was originally available until the end of June while the owner worked in Ireland, she said. The property became unavailable when the owner returned earlier than expected after the pandemic spread to Europe.

The other, a fully furnished, three-bedroom, three-bath house renting for $6,000 a month at Lake Valhalla, was snapped up by a New York City family. “They rented it without seeing it,” Carlton said.

Hussung said that local brokers, who were already “unusually busy” in December, January and February, were showing properties and fielding offers up to 8 p.m. on Sunday (March 22), when Gov. Andrew Cuomo’s order went into effect requiring non-essential employees — including real estate agents — to work from home. That meant no showings.

Continental Village, Garrison and Cornwall were among the most sought-after areas in the Hudson Valley, Hussung said. It was his firm that listed the split-level ranch in Continental Village that attracted seven offers in less than two weeks.

One potential buyer, who has yet to find a suitable property in the area, asked Hussung to help find a rental for the time being. Hussung said he and his client got into bidding wars on two rentals and lost them. “I can’t remember that happening,” he said.

More than 57,000 people in New York City had tested positive for coronavirus and 1,562 had died as of Friday (April 3). The city has 56 percent of the state’s cases and more than any of the other 49 states.

The crisis has fueled an exodus to other locations besides the Hudson Valley, with reports of New York City residents descending early on traditional summer vacation destinations such as the Hamptons and the New Jersey Shore, to the consternation of year-round locals.

Governors in several states, including Florida and Rhode Island, have ordered restrictions on travelers arriving from New York and the other states that are experiencing the greatest outbreaks.

The Centers for Disease Control and Prevention on Saturday (March 28) issued an advisory urging people from New York, Connecticut and New Jersey to cease all “non-essential” travel for 14 days.

In Cold Spring, Mayor Dave Merandy called for a halt on Airbnb rentals in the village to keep out New York City residents. In Beacon, some Airbnb hosts decided early in the outbreak not to rent their spaces because of public health concerns, said Graham Lawlor, who belongs to a group called Beacon Hosts.

His bookings were “nearly all” canceled and his rental is now closed, he said.

At the March 16 meeting of the Beacon City Council, Lawlor spoke on behalf of the Beacon Hosts group, although council members reminded him that operating an Airbnb in Beacon is illegal. Lawlor told the Council there has been debate among hosts whether to continue renting.

“In the trade-off between safety and paying bills, everyone is prioritizing safety at the moment,” he said. “We’re all looking forward to a time when we can get back to normal.”

At its next meeting, on Monday (March 30), the Beacon council began reviewing its regulations on short-term rentals but took no action.