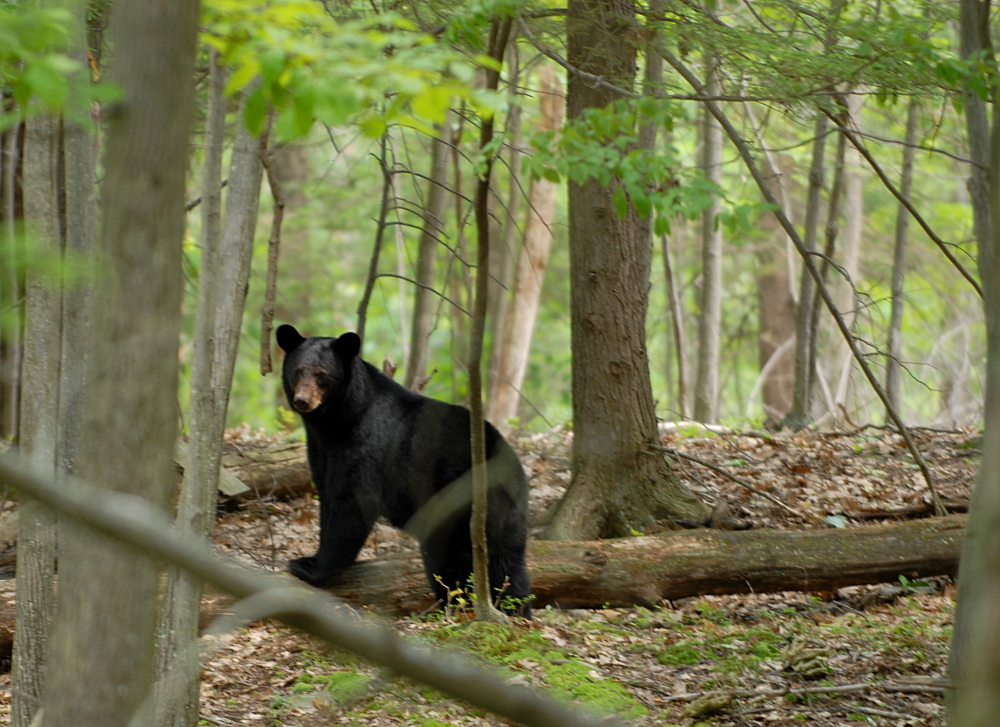 For Emily Carrollo, a state wildlife biologist, every week is bearish.

The focus of her work for the state Department of Environmental Conservation (DEC) is solving issues of bear-human conflict in seven counties of the Hudson Valley. Extending on both sides of the river, her area has varying landscapes and population densities and includes the stretch from Garrison to Beacon.

She spoke last month at the Desmond-Fish Public Library about her job, which involves capturing and immobilizing black bears that are creating nuisances but also public outreach, such as her presentation, which was sponsored by the Putnam Highlands Audubon Society. 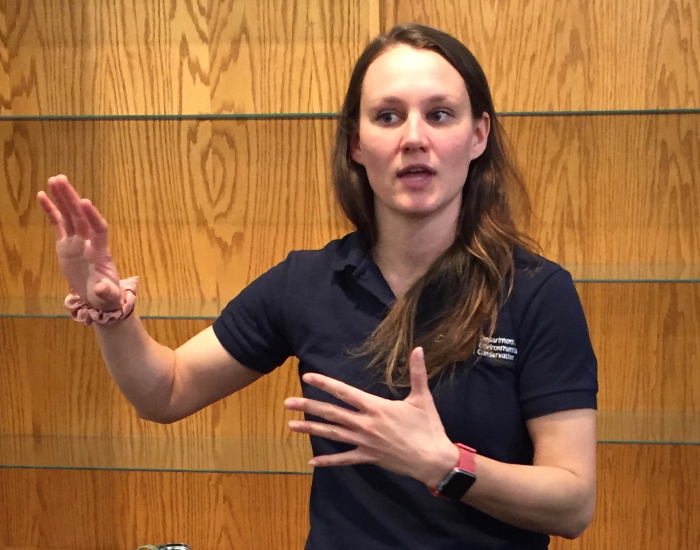 After introducing herself, Carrollo asked members of the audience to share any stories they had about black bears. Accounts included spotting a bear and her two cubs at a corner of Church Street in Cold Spring and an incident on Lane Gate Road where someone thought they’d heard a mouse, opened the front door and encountered a bear that scampered up the mountain.

Fleeing is typical behavior, Carrollo said, who stressed that these bears are rarely aggressive, with the exception of swatting with their arms when they feel threatened.

“They are big pussycats — I’ve had bears three times my size take off running at the sight of me,” she said. “Most of the time I have conservation officers come out because of people, not bears. Attacks only occur when the bear is scared.”

If you surprise a bear, “stand your ground; don’t run, don’t maintain the gaze,” she said. “If the bear is not approaching you, talk to it — be loud and be heard, encourage it to move along, clap your hands.” However, she added, it’s unlikely you will ever find yourself in that situation with a black bear. 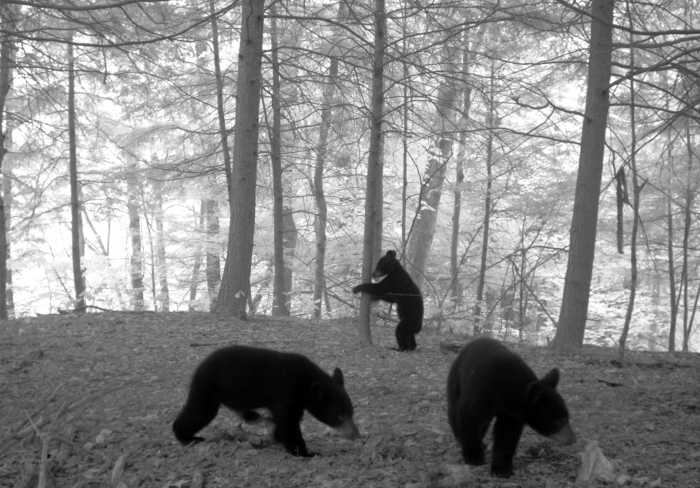 Carrollo said there are between 6,000 and 8,000 bears in the state, with as many as 60 percent in the Adirondacks and 35 percent in the Catskill region. Bears cross the Hudson River on bridges or by swimming. There are few across the middle of the state because it is mostly agricultural land.

The DEC assesses conflict with black bears at four levels. The most serious is when the animals create a threat to property such as livestock or have broken into a home. Those bears may be trapped. A “possible hazard” is a repeat offender. “Minimal interference” is a bear that infiltrates garbage, a deck or birdbath. The lowest level is a sighting.

The number of bear complaints rises each year, Carrollo said, and most are lodged in the summer. In the fall, black bears adjust their behavior to avoid hunters (1,505 bears were “harvested” in the state in 2019 to control the population, including 24 in Dutchess and three in Putnam). In New York, black bears have no other predators, although cubs are sometimes killed by coyotes.

Each bear complaint is entered into a database and “most of the time we’ll find that the same street has multiple callers,” says Carrollo. She noted “it’s illegal to feed black bears in New York, by accident or intentionally. If there’s a problem, you can’t continue to do things like feed cats on your back steps.” 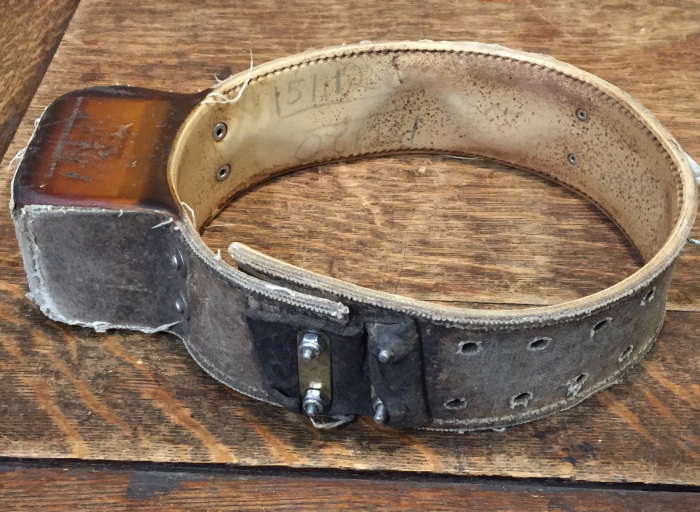 An example of a collar used by the DEC to monitor black bear populations (Photo by A. Rooney)

Bears will be emerging from their winter semi-slumber soon, although Carrollo said black bears are not true hibernators. “They slow down; there’s not much eating but they could grab a snack if it’s a warm day. This spring we’re expecting bears out a bit earlier because it’s been warmer and there’s already some blooming foliage for them to consume.”

Black bear dens usually “look like a giant bird’s nest” on the ground, “because as long as the cubs are covered, they’re fine,” she said. “They also create rock dens or move into rock cavities — anything warm and cozy. Occasionally they den up in trees, especially in areas prone to flooding.”

Black bears usually den from mid-November through mid-April, especially when there’s a harsh fall. “This past fall, though, there were lots of beechnuts and acorns for them to consume. Their omnivorous diet typically consists of berries, seeds, nuts, insects, ants, carrion, wild greens and live prey, most often a fawn.”

Black bears give birth in January in the den. They can have from two to six cubs who weigh, at birth, between seven and 11 ounces. They’re blind and deaf when born and usually stay with their mother for about 18 months. The father does not help raise the cubs. A bear lives 20 to 25 years. Adult females have a range of 10 to 20 square miles and males 100 square miles.