Jennifer Fetzer, 50, of Beacon died April 11, surrounded by her family.

She was born in Peekskill on April 16, 1969, the daughter of Joseph and Mary Boniello. She married Timothy Fetzer, who died before her, in 2012.

Jennifer was a teacher and then worked for the City of Peekskill. Her family said she will be remembered for her Super Bowl parties, Christmas cookies and Mother’s Day brunches. She also planned incredible trips, including to the Bronx Zoo, Hershey Park, Long Beach Island, Disney World, Las Vegas and the Bahamas. Any adventure with her started and ended with boisterous laughter and ’80s music, her family said.

Services and a burial will be planned at a later date. Memorial donations may be made to Hudson Valley Hospice Foundation.

Mary is survived by her nephew, Joseph Auricchio (Vicky); her niece, Phyllis Romeo; her great-nieces, Jonna McGrath-Rowe and Lori Hayes; and a great-nephew, Matt McGrath Jr.

A graveside service was held at Cedar Hill Cemetery in Newburgh on April 17, and a funeral Mass will be held at a later date. 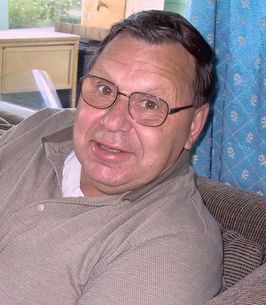 
Jerry Pacilli, 81, of Wappingers Falls and formerly of Beacon, died April 2 at his home.

He was born in Kingston on March 29, 1939. to Frank and Ann (Rosmilso) Pacilli. He graduated from Beacon High School and was an Eagle Scout. He served in the U.S. Air Force for four yours and then earned a bachelors’s degree in business from Marist College. He married Carol Olchowy, who survives.

Jerry spent his entire career with IBM, starting on the assembly line and working his way into management and retiring from the procurement division. He built his own house, camped, and traveled. He enjoyed his retirement with his stock club and his Monday morning coffee group, his family said, and was a life member of the Hughsonville Fire Department.

Besides his wife, he is survived by his children, Marcie Moline (Mark) of Winthrop, Massachusetts, and Andrew Pacilli (Michelle) of Hopkinton, New Hampshire, and his grandchildren: Rhiannon Moline, Astrid Moline and Penelope Pacilli. He also is survived by a sister, Janet Mitchell (Bill).

A memorial Mass will be arranged at a later date. A private burial took place at Fishkill Rural Cemetery. Memorial donations may be made to the Hughsonville Fire Department, P.O. Box 545, Hughsonville, NY 12537 or to the Hudson Valley Hospice Foundation, 374 Violet Ave., Poughkeepsie, NY 12601.

Ellen graduated from St. Joachim’s Grammar School, Beacon High School and St. Francis School of Nursing. She worked at Highland Hospital for a few years before spending the next 30 years in the employ of doctors Frank, Mond and Kaplan.

A funeral Mass will be scheduled at St. Joachim, and internment in St. Joachim Cemetery, at a later date.

Jim was born in Brooklyn on Oct. 13, 1944, the son of Frank and Ethel Schumm. He graduated from Brooklyn Tech High School and attended the Academy of Aeronautics in Flushing, Queens, where he earned a license in airplane mechanics. He served two years in the U.S. Navy as an aviation mechanic and, according to his family, loved traveling on trains, planes and automobiles.

He began his working career at National Cash Register, followed by Unisys Corp. as a mainframe field engineer.

On weekends you’d always see Jim in the driveway fixing or washing one of the 32 cars he wore through over the years, his family said. He was a member of Holy Name Church in Otisville and a member of the Deer Park Lions Club and an archivist with the O&W Railway Historical Society. Jim was also a dedicated volunteer for many years at Bon Secours Hospital in Port Jervis.

Jim is survived by his wife, Camilla (Marge) and his children, Lisa and Jim, as well as his siblings, Steven Schumm of Bloomingburg and Jane Heinsman of Plattekill.

A private memorial gathering will be held at a later date.

Ilmars Upitis, 86, formerly of Beacon and most recently of Haverstraw, died April 12.

He was born July 22, 1933, in Riga, Latvia, the son of August and Alvina Upitis. He immigrated to the United States in the 1950s and graduated from Pine Plains Central High School in 1952. He was an intelligent man who spoke several languages besides his native Latvian, including English, German and Spanish, his family said. He Maria Chavez, who died in 2017.

Ilmars worked as a carpenter for the Northeast Local Union in Ulster County for many years until retiring. He enjoyed skiing, cars and watching sports-car racing, and had a deep love for music, playing the piano and accordion and singing.

He is survived by his sister, Zaiga Greenhalgh of New Hampshire; a brother, Alvis Upitis of Hawaii; his stepchildren, Carmela Lujan and Juan Ugarte (Alison); his grandchildren, Liliana, Tatiana, Gioconda, Manuel, Johnny, Nickie and Anthony; and 12 great-grandchildren.

A brief private viewing, followed by a graveside service, was held on April 16 at Fishkill Rural Cemetery.