Salvatore Philip Mattracion, 101, who was awarded a Bronze Star for his bravery during the Battle of Iwo Jima during World War II, died on April 15 at Wingate at Dutchess.

Born in the hamlet of Chelsea on Dec. 22, 1918, he was the son of Fedele and Marianine (Antonucci) Matracciano. He married Helen Seeley, who died in 1984. 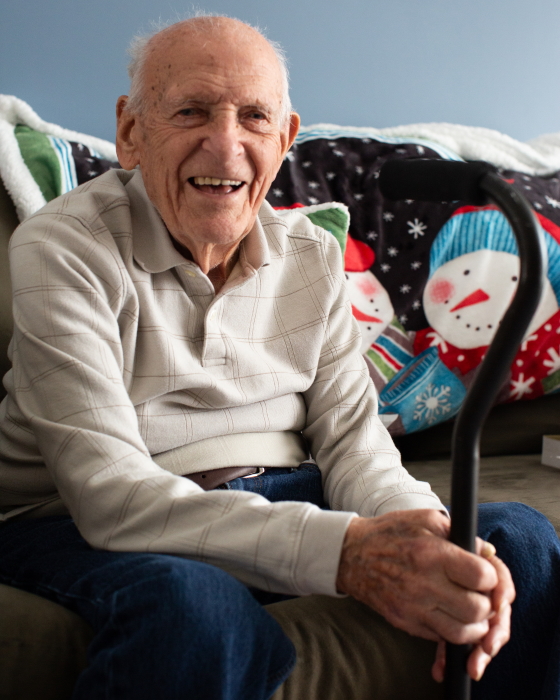 Known as “Phil” and “Poppie,” he was a man of few words, according to his family. His favorite phrase was, “You have to take the bitter with the sweet in life.”

He served in the U.S. Navy from 1942 to 1945, transporting soldiers aboard the USS Makassar Strait to and from combat zones in Okinawa and Iwo Jima, and surviving a bombing on the ship. He also saw action at Bougainville Island and the Invasion of Sicily.

After the war, a shipmate offered Mattracion a job with an upstart frozen food company, but it would have required moving his family south, he told The Current for an article in honor of his 100th birthday. “I said no; I want to go home,” he recalled.

He said he cherished his bunkmates and they remained friends long after World War II ended, even though they were from all parts of the country.

Poppie was nicknamed the “Woodchuck” for his uncanny ability to find any piece of firewood he could, and well into his 90s, he could be found chopping and stacking his find, his family said. He never said “no” to a trip to the casino, and Al and Barbara Trotte and Karen Ninnie took him for his last one. 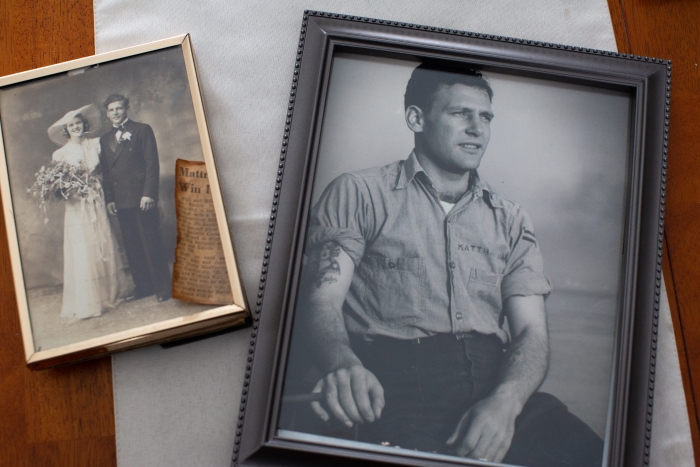 Mattracion on his wedding day, with his bride, Helen, and during his years in the Navy (Photo by Meredith Heuer)

Two of his sons died before him: Hospital Corpsman 2nd Class Philip Mattracion, who was killed in action in Vietnam, and Ralph Mattracion, as well as five of his siblings, two stepbrothers and his friend and companion, Dorothy Oliver.

A private service and burial took place on April 18 at St. Joachim Cemetery in Beacon. A funeral Mass will be held at a later date. Memorial donations may be made to St. John the Evangelist Church, 2 Oak St., Beacon, NY 12508, or to Disabled American Veterans (dav.org).