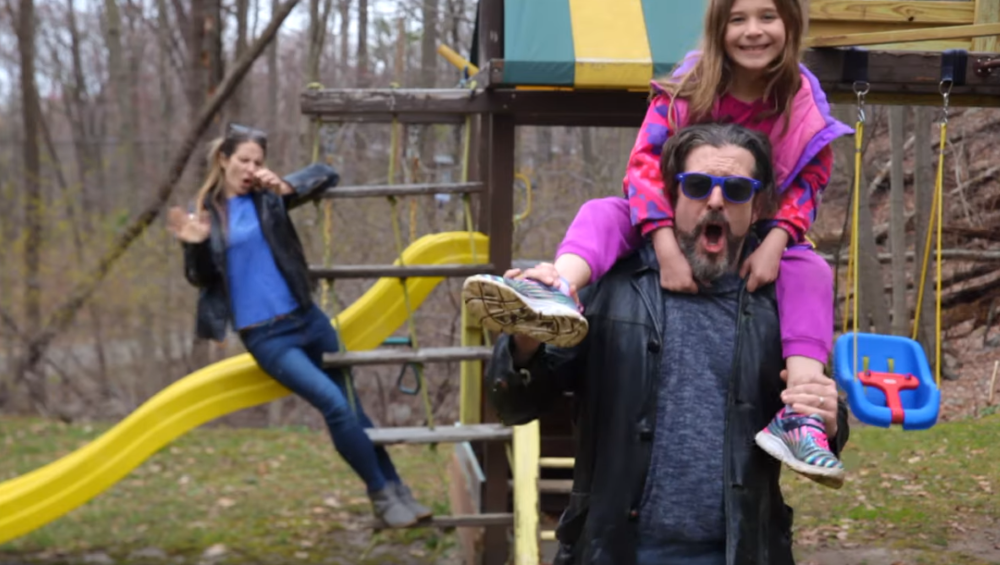 Sheila and Brandon Williams with their daughter, Liv, in a scene from the video

A parody video posted on March 31 by a Garrison couple who are home schooling their five children because of COVID-19 has more than 9,000 views on YouTube.

Sheila Williams says her husband, Brandon, who in 2018 made his Broadway debut in Getting’ the Band Back Together, was making a run to Sam’s Club in Fishkill when she assigned him to come up with ideas for a song parody they could make “about how crazy this is.”

When he came home, he said: “Here’s my idea: ‘Home Schooling’ to the tune of ‘Free Fallin’, ” a hit song by Tom Petty and the Heartbreakers.

They wrote the script that night and recorded the video with their children over a weekend. Sample lyrics: “I love my children, but I don’t like them anymore.” / “I feel like a bad mom because I don’t remember fractions.” / “How long has daddy been wearing those clothes?”

Because Brandon and Sheila are both voice-over artists, the family has a home recording studio. Brandon also directs and produces commercials. As a result, the production value is far better than a typical YouTube upload.

One challenge was “the child talent, which was demanding and unpredictable, but we made do,” Sheila said.

The 4-minute parody is dedicated to nurses, doctors, first responders and “all the parents who are now teachers,” and it includes a Zoom chorus of other local parents and their students.