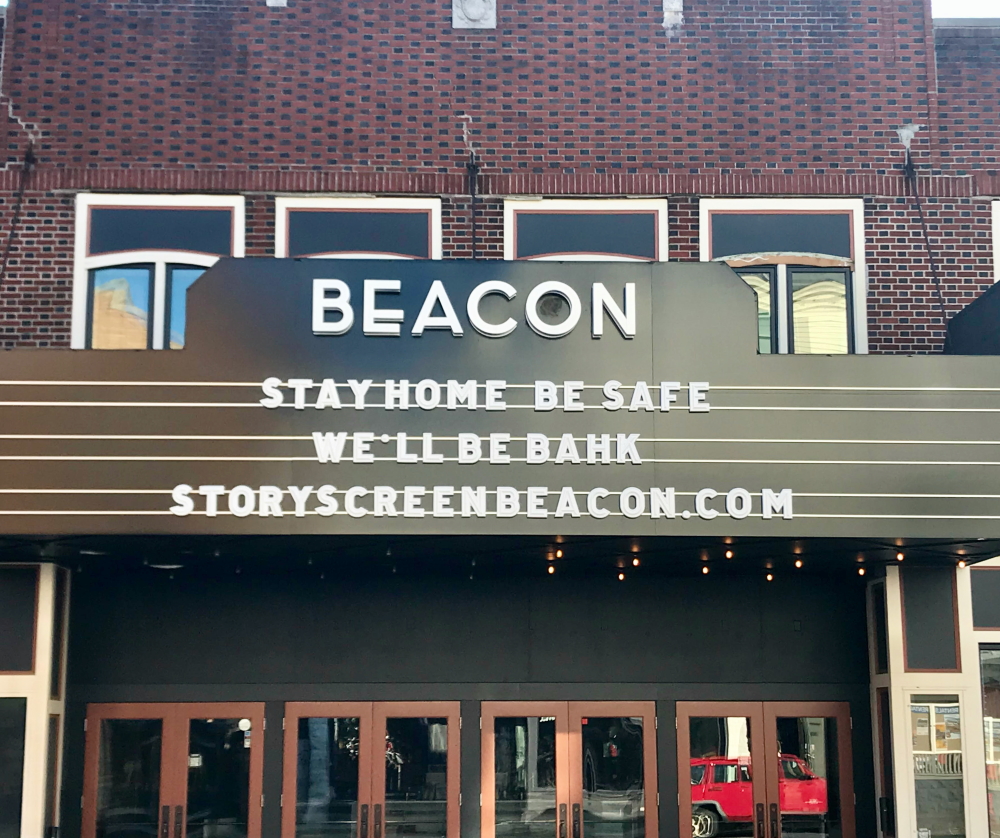 Like the Terminator, the Beacon Theater promises to be "bahk." (Photo by Jeff Simms)

It took so long for Beacon to get a movie theater to call its own that people are eagerly awaiting its return.

Story Screen Beacon is doing its best to remain engaged with film lovers, said founder Mike Burdge. It presents twice-weekly evening “streamalongs” that are followed about 15 minutes later by a livestream group chat on Instagram and Facebook. Two recent screenings were The Social Network and Taxi Driver.

In addition, it is testing a Zoom edition of its popular trivia night. “We want to avoid situations where people in a chat could toss out answers,” Burdge said.

Finally, Story Screen launched a membership program that offers, for $5 a month, access to exclusive content, including podcasts and commentary. Burdge promised more live events “once we’re on the other side — they’re a lot of fun.”

The Story Screen site at storyscreenbeacon.com also offers digital rentals of independent films. In May, the documentary American Nurse will screen for free.

Because Story Screen began as a website, Burdge said he felt it had a leg up. “When all of this happened, all of our ways of interacting were shut down but we had the tools and skills necessary to move it over to more of a visual medium,” he said. “The digital theater and the membership program were being worked on for a while before this happened, so we’ve just amped it up. We’ve been building up toward this for about five years and we’ve finally done it.”

When might the theater re-open? Hard to say. “Even if national theaters get permission to open and even with the stipulations of two seats between people, limiting staff and days of the week — we’re not going to open if we don’t feel comfortable,” he said. “We began as a pop-up space and we know how to do that, so with the warmer weather, outside screenings with social distancing is something we’re looking at again.”