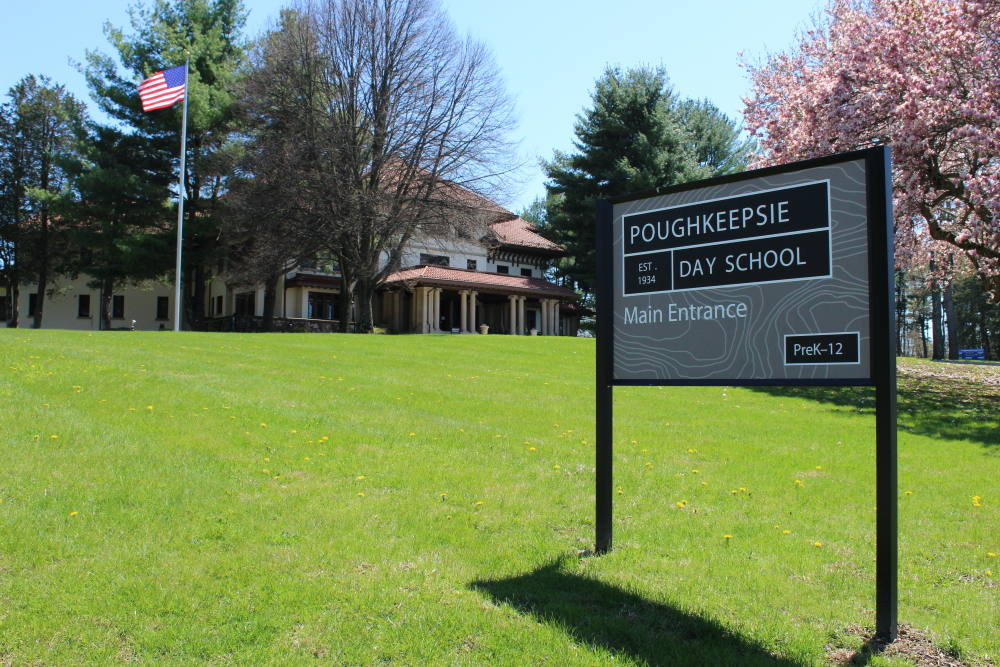 Parents, teachers and alumni are racing to prevent the closure of the private Poughkeepsie Day School, which for 86 years has provided a progressive education to children from the Hudson Valley, including many from Philipstown and Beacon.

In March, more than 100 parents, teachers and students attended an emotional meeting at PDS, during which the school’s board members said that years of declining enrollment and deficits had been exacerbated by the COVID-19 shutdown.

A group called PDS Lives has since formed to attempt to keep the school open, but officials say enrollment has fallen by 40 percent over the last six years, to just over half the school’s capacity of 320 students, and the budget deficit for 2019-20 is $1.4 million.

Nearly 300 children and teenagers were enrolled five years ago, but this year there are only 172. Despite nearly $1 million in annual spending cuts, net revenues over the past four years fell by $2.2 million.

The March meeting was a prelude to the board’s announcement on April 18 that there was no “viable plan to operate next year” and that the school would close on June 30. The board said it has asked donors for the OK to use restricted funds and collected money owed to the school to get through 2019-20.

Stanfordville resident Christine Gerstle, whose daughter enrolled in PDS’ high school last fall, said she was “very shocked and very saddened” at the announcements. Now, she is part of the effort to save the school.

“The response from alumni, from parents of alumni, from grandparents, from the broader community has just been tremendous,” she said. “We’re feeling like, OK, we’re going to open these doors in September.”

Founded in 1934 as a parent-owned cooperative with 35 students in kindergarten through eighth grade, the school features programs in arts, crafts, music and languages. By 1971, it had added a high school. Tuition ranges from $19,000 to $33,000 annually, depending on grade. More than half of the students receive financial aid.

Beacon school kids traveled to PDS on a bus provided by the school district under a state rule requiring such transportation if the independent school is within 20 miles.

Andy Galler, a Garrison resident whose daughter is a PDS graduate and whose son is a 10th grader there, said a group of parents who named themselves the “Philipstown Poughkeepsie Day School Bus Group” used to shuttle local kids to and from PDS in a van.

Later, around 2015, PDS contracted to pick up students in Philipstown and in the Rhinebeck/Red Hook area, charging parents about $1,500 per student, per year, he said.

“It was a huge help and should have been used to gain more students from Putnam County,” Galler said.

Galler first became attracted to the school as an undergraduate at Bard, where he baby-sat for professors’ children attending PDS. He likes the school’s emphasis on hands-on learning and the nurturing of children’s specific interests. Sending his own children to PDS was “a dream come true,” he said.

Brian Arnoff, who lives in Beacon and owns Kitchen Sink Food & Drink and Meyers Olde Dutch, graduated from the school in 2005. “My experience was great,” he said. “I’m lucky to say that I went there.”

While some parents, like Galler, are finding other schools for their children, Gerstle said she and other parents are committed right now to reopening in the fall.

Dorothy Luongo, a teacher at Poughkeepsie Day and the parent of a second grader at the school, is among the faithful.

“We’ve been seeing enrollment declines, so it’s not surprising to know that the school is experiencing some financial trouble,” said Luongo, who teaches fourth and fifth grade. “What was surprising is that some definitive decisions were being made without seeking support from the larger community or enlisting the skills of the larger community.”

Some PDS Lives members are expected to assume board seats during a membership meeting this month. Reopening will mean finding the money to cover a “balloon” bond payment due at the end of the year.

In addition to fundraising and pursuing grants, Gerstle, Luongo and other supporters would like to see a sliding-scale tuition model to make the school affordable for a greater number of families. “We can’t sustain a tuition model that one might see in New York City,” Gerstle said.

They also believe that the school’s pool of alumni is under-utilized as a reservoir of financial support. Chris Gahn, who graduated from Poughkeepsie Day in 2004 and is an information-technology professional at Vassar College, said alums “didn’t really hear much about the plight of the school.”

Gahn said the pandemic may spur a flight upriver from New York City that will bring more schoolchildren to the area.

“There’s a pot of gold at the end of the rainbow,” he said. “We’re going to see an acceleration in the renaissance that’s happening in Poughkeepsie, for example, and that has been happening in Beacon for quite a while.”