The Rev. Chris Bishop, of Garrison, is the founder of Stand with Iraqi Christians (standwithiraqichristians.org). 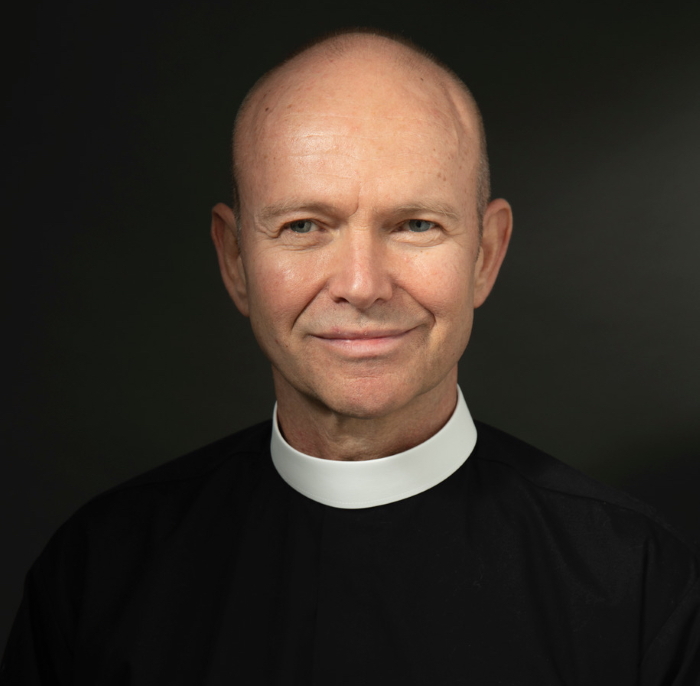 How did the organization come about?
Before we moved to Garrison [where his wife, Amanda Eiman, is the rector at St. Philip’s Episcopal Church], I led St. Martin’s in Radnor, Pennsylvania. In 2014, a parish member who had been doing construction in northern Iraq came home for Christmas. I asked him how it was going. He said, “My life is great, but do you know what’s going on with the Christians over there?” To be honest, I wasn’t aware there were Christians in Iraq. But at the time there were 120,000 in camps in Kurdistan, fleeing Da’esh [ISIS]. A bell went off: I needed to go there.

Was it dangerous?
I went in September 2015, at the height of the war, to the Christian quarter of Erbil, the capital of Kurdistan, which was protected by Kurdish fighters. We took $15,000 to buy food, tablet computers for teachers at a refugee center, and to provide other aid. Someone suggested that I visit the Mar Mattai Monastery, but I wasn’t told it was 20 kilometers from Mosul, which was the front line. As we got closer, there were more and more [Christian] checkpoints, and at the last one, a guard points and says, “Come with me.” My driver was freaking out. They put me in a trailer with a commander, who says, “Who are you and what are you doing here?” I say, “I’m an Anglican priest from the U.S., going to visit the monastery.” I think I’m going to jail. He says, “What’s an Anglican?” He let me go, and when I asked the driver what it was all about, he told me: “It’s the beard. They thought you were an undercover Muslim.” I grew a beard because I thought it would help me fit in.

What are the challenges facing Christians in Iraq?
It’s never been easy for them, although Saddam Hussein did protect the religious minorities. He had a Christian as his foreign minister, and a Christian bodyguard. When the U.S. invaded in 2003, everything fell apart, and when the Caliphate attacked in 2014, things really went south. Christians were told to leave their homes, immediately. Most have since left Iraq, either for the U.S., Australia and Europe, or camps in Jordan and elsewhere. Some want to rebuild now that Da’esh has been defeated. You have to wonder: When 120,000 Christian refugees were fleeing these gangsters, where was the rest of the Christian church? These people have been in Iraq since the time of Jesus. They speak Aramaic, the language that Jesus spoke.

How will they rebuild?
Many are farmers. We have raised enough money so far to fund six chicken farms. Of course, COVID-19 screwed everything up, but they are still functioning. If you start a chicken farm, you feed the farmer, the truck drivers, fodder producers, the restaurant and grocery workers. It’s cascading goodness. Next, we want to start a sheep farm; for $6,000 you can start a sheep farm! Then a cattle farm.

What drew you to the ministry?
My dad was an Episcopal priest, but when I was a teenager, I told him, “I don’t believe any of this stuff.” I went to the Columbia University film school and Hollywood, and then back to New York to make documentaries. But I wasn’t content. In 1999 I moved to our family cabin in northern Michigan to clear my head. I would buy the Sunday New York Times and one day spotted a small ad that read, “Courses being offered at the General Theological Seminary in New York City.” My friends thought I was having a psychotic breakdown, but I went and couldn’t have been happier.